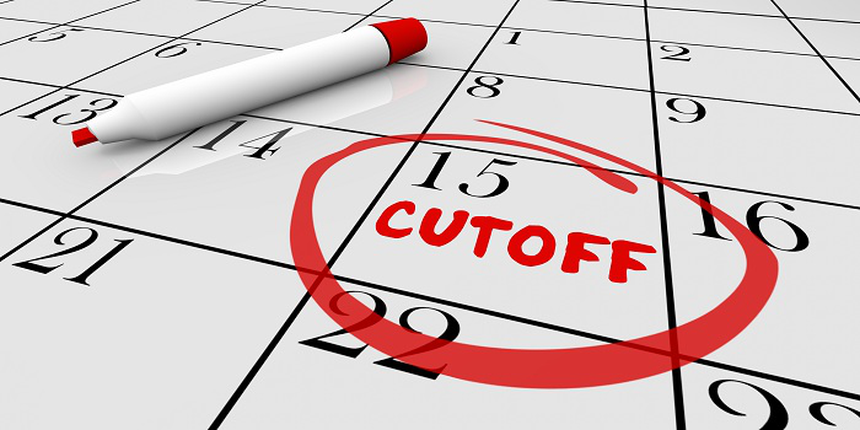 How to check RRB Ahmedabad ALP Cut off 2020

Applicants can check the detailed description of stage wise cut off mentioned below.

The RRB ALP CBT 1 exam is conducted for a total of 75 marks. The authorities will use a normalisation process to calculate the cut off marks.This exam is performed to shortlist the candidates for the second stage of exam on the basis of qualifying cutoff and overall cut off marks. Hence applicants have to secure marks in both stages of the ALP exam.

RRB ALP exam of second stages is conducted in two parts - part A & B. As per the RRB ALP Exam Pattern the marks of only part A will be calculated in merit as part B is of qualifying nature. The Ahmedabad railway board will determine the overall cut off marks for part A which abides the normalisation process.

Only those candidates who qualify RRB stage 2 exam and opt for Assistant Loco Pilot (ALP) will be further called to appear for CBAT exam. Candidates are required to score a minimum of 42 marks in each test battery of CBAT exam.

The RRB Ahmedabad ALP cut off 2020 for the final result will be prepared by considering the marks in CBT (Part A of the second stage), CBAT (For ALP post only). The railway authorities will give 70% weightage to Part A of ALP CBT 2 exam while 30 % weightage to CBAT exam while preparing the merit list.

To prepare better for the exam applicants can check the previous years’ RRB Ahmedabad ALP cut off mentioned below here.

Question: Where can I check RRB Ahmedabad ALP 2020 cut off?

Applicants can check either by visiting the official website or on the above given link.

Question: What are the minimum qualifying marks in CBT 1 stage?

Question: Will the RRB ALP result be declared along with the cut off?

The authorities will release RRB ALP result along with declaration of cut off.

Question: Is it mandatory to secure both minimum qualifying marks and overall marks?

Yes, applicants have to secure both to be finally selected in examination.