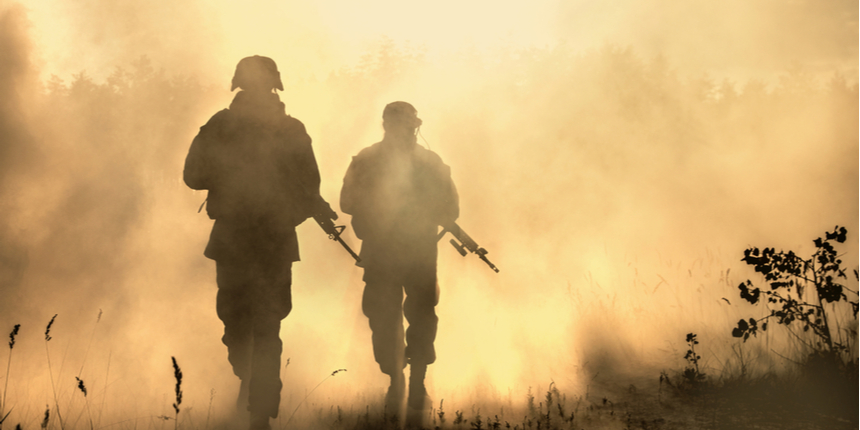 CDS Selection Process 2019 - Union Public Service Commission (UPSC) has prescribed the selection process of CDS II 2019 examination in its notification. CDS Selection Process 2019 has two stages - written exam and SSB interview. In the first stage - CDS II written exam, candidates have to take three papers for admission in Indian Army, Navy and Air Force and two papers for admission in Officers’ Training Academy. In the second stage of the selection process of CDS II, candidates will have to appear in SSB interview which will test their intelligence, personality and psychological aptitude. Candidates have to qualify both stages of CDS 2019 selection process in order to pass CDS II 2019. Read the article below to know more about CDS selection process 2019.
CDS exam is conducted by UPSC for admission, training and recruitment as commissioned officers in Indian Army, Navy and Air Force. On qualifying exam, candidates will have to go through training in Indian Military Academy (IMA Dehradun), Indian Naval Academy (INA Ezhimala), Air Force Academy (Hyderabad), and Officers’ Training Academy (OTA Chennai). CDS II 2019 is scheduled to be conducted on September 8.

Two stages of the selection process of CDS II 2019 are explained below in detail.

The first stage of CDS selection process is written exam which comprises three papers - English, General Knowledge and Elementary Mathematics for admission in Military, Naval and Air Force Academy. For admission in Officers’ Training Academy, candidates have to appear for just two papers English and General Knowledge. All the questions asked in CDS II written exam are objective in nature. Candidates will be given 2 hours time to take each paper. As per CDS selection process 2019, candidates will be called for SSB Interview on qualifying the written examination. The result of CDS II or merit list will have the names of candidates who have secured the minimum qualifying marks as per the commission.

The second stage of CDS II selection process is SSB interview. SSB Interview for CDS selection process 2019 will be conducted for 5 days to test the candidates intelligence, personality and more. These tests will be conducted in two stages. Candidates can only appear for Stage II tests if they qualify in Stage I tests. The qualifying candidates of SSB interview will be eligible for admission to the forces and OTA. Day-wise test schedule is given in the table below.

A final merit list will be prepared for candidates who have cleared both written examination and SSB Interview.