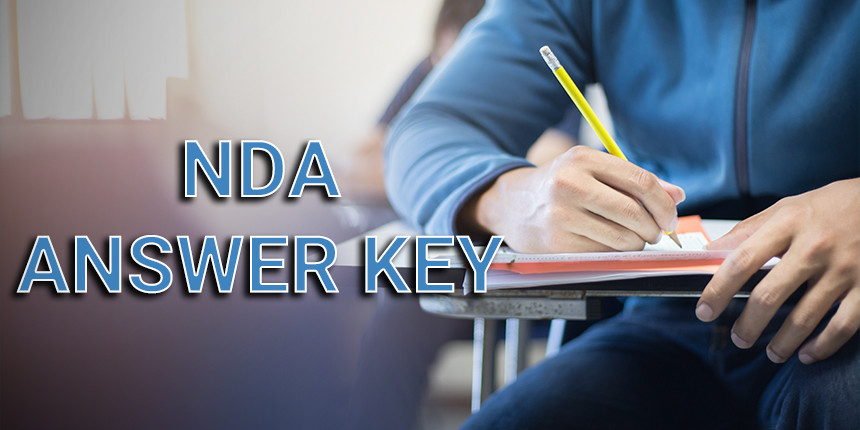 NDA Answer Key 2019 - Leading coaching centres like Cavalier, Baalnoi, Aim and Achieve and SSB Crack have released the NDA 2019 answer key for Maths and General Aptitude Test (GAT) on November 17. The answer key of NDA 2019 has been released for set A, B, C, D in the form of PDF. Candidates who have appeared for the exam can check and download NDA answer key 2019 from the table below. Earlier to this Union Public Service Commission (UPSC) had released the official NDA 2019 answer key (I) on November 14 in the form of PDF at upsc.gov.in. The answer key of NDA (I) 2019 has been released for both GAT and Mathematics for all the four sets - set A, B. C and D. To check NDA answer key 2019 (I), candidates must click on the link provided in the table below. Union Public Service Commission (UPSC) will release the official answer key of NDA 2019 (II) in PDF format tentatively in June 2020 soon after the cutoff is released. NDA is conducted by the Union Public Service Commission (UPSC) for entry to the Indian Military Academy, Indian Naval Academy and Air Force Academy. To download the NDA answer key 2019 and check the cutoff for selection read the article below.
Latest: NDA Application Form 2020 Starts from Jan 8, 2020. Check Here!

NDA 2019 (II) is being held on November 17 in pen and paper mode across 41 cities in the country. The result will be declared tentatively in January 2020 following which selected candidates will be called for the SSB interviews.

Step 3: After that click on answer key tab given therein (for

Step 4: NDA answer key 2019 will be displayed in PDF format for GAT and Mathematics.

Step 5: Check for the correct series of question paper (A, B, C or D)

Step 6: Download and save the file for future reference

Step 1: Visit official website upsc.gov.in and click on the examination tab as shown in the image given below 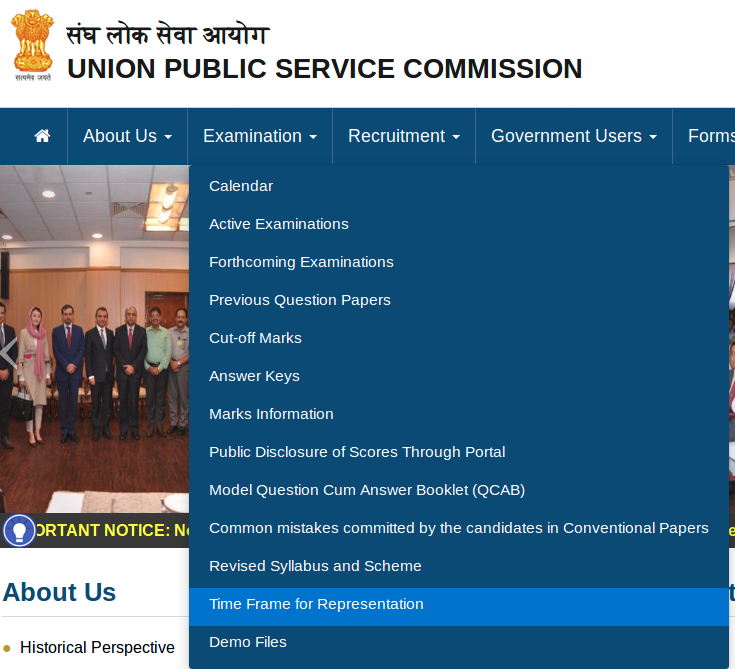 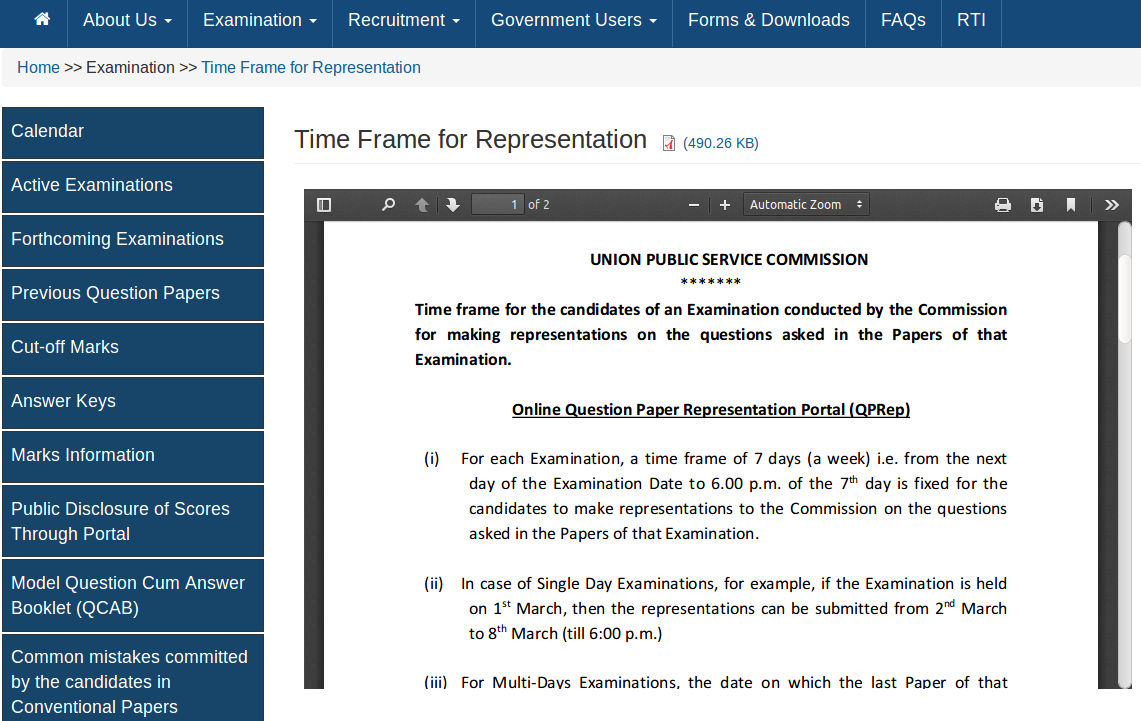 Step 3: Click on "To make representation" as given in the example below

Step 4: Enter the Roll Number and Date of Birth as well as captcha code in the new window that opens and login 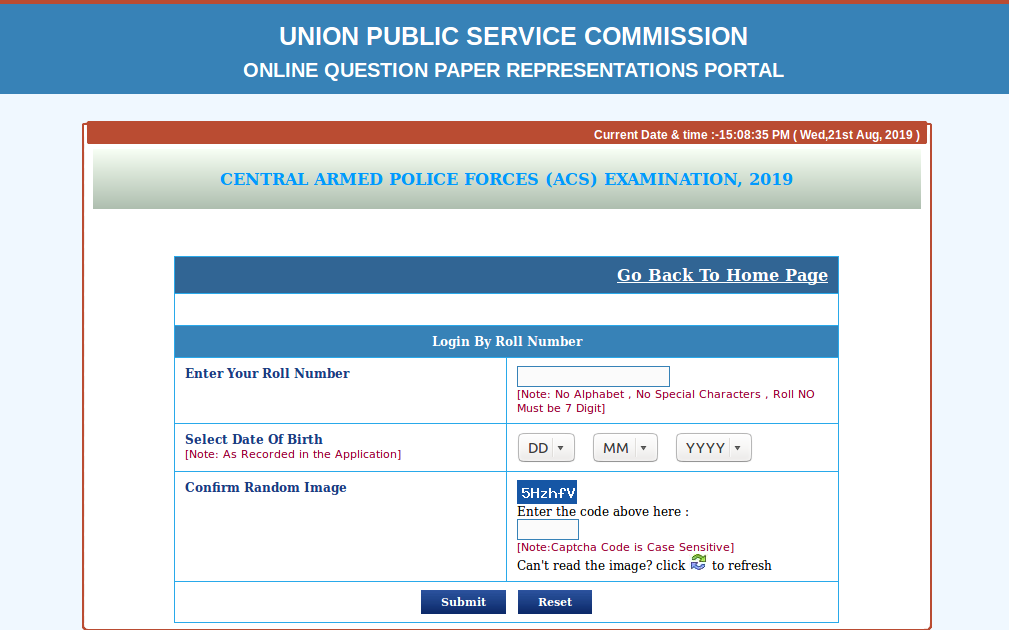 Candidates can check the previous years NDA question papers with answer keys to prepare for the exam. To download the question papers, they should use the links given in the table below.

How to use NDA Answer Key 2019 to calculate the scores?

Candidates may use the marking scheme given below and use the answer key of NDA 2019 (II) to know their answers which are correct. The score calculation methodology is also below.

It is important that candidates know the marking scheme of NDA exam. This will help them calculate their scores using the answer key of NDA 2019. Since there is negative marking in the exam, candidates must account for the same and answer judiciously. The NDA marking scheme is given below.

It is important that students know the cut off marks of NDA to estimate whether they have a chance for selection or not. The NDA 2019 cut off has been given here for the NDA (I) exam held earlier this year. Candidates can use the given link to check for the other cut off of NDA for past years.

Question: Where can I find NDA 2019 answer key after the exam?

The official answer key of NDA 2019 (I) has been released on November 14 at the official website upsc.gov.in. For NDA (II), candidates can check NDA answer key 2019 released by various coaching Institutes on this page within few hours from the conclusion of the exam.

Question: When will UPSC release the official answer key of NDA 1?

The official answer key of NDA has been released on November 14, 2019 in the form of PDF. The answer key is available for both Maths and GAT for all sets - set A, B, C, and D.

Question: Is there any negative marking in NDA exam?

Yes, there was negative marking of 1/3 rd  marks for each incorrect answer.

Question: I want to raise objections on few questions of NDA exam, what is process to do that ?

No, The examination authority does not provide the facility to raise objections in the answer key. Candidates can only raise concern for questions that too within a week exam will take place.

As a 11th standard student you are not eligible for NDA exam as the candidate must have passed or must be appearing for the 12th standard exams from any recognized board. It is important as you will be required to produce the proof for passing the 10+2 in the month of December 2020.

You can check the eligibility criteria on the link given below:

Hii,I am a student of standard 11. Please,give me complete information about NDA exam. How to registered? How many phase of exam? Exam date ,etc. Also give me Syllabus

Hello
NDA Exam is conducted by UPSC for selecting candidates for indian army, Navy and AirForce. You can only apply after 12th, if you are from commerce background then you can only apply for indian army, if you are from science background in 10+2 then you can apply for all three, yearly exam is conducted twice. You can register at website of upsc official site. 3phases are there , first is written test after you qualify that you will be called for ssb interview after you qualify that you will have to undergo medicals, once you clear all three a merit list is prepared and you will be called for joining the academy. Exam dates will be given in notification. Syllabus is maths, English and general awarness. For detailed you can have in notification, usually it is of 10+2 level.
Read More
Answer
Answer Later
Report
6 Views

Dear Student!
NDA has not given syllabus norms as such for Current Affairs. Current affairs itself means the recent happenings going around in the world. So, as a matter of fact, tou can prepare for topics such as important dates, important and current happening in India and around the world, prominent personalities, geography, history, and basic science as a whole, and basic knowledge about Indian armed forces. Hope this helps.
Good luck!
Read More
Answer
Answer Later
Report
12 Views

i have hypermetropia with a corrected vision using 3.5D corrective glasses(cylindrical or spherical matters?). am I eligible for SSB medical test for vision?

Here is the full details for health conditions:

hello, I am 12th PCB student can i go in defence without give nda. please tell me about any exam in officer ranking

If you want to go into defence services as an officer just after class 12th then the only option is to appear for National defence academy exam and qualify the SSB interviewthe qualification is you need to have physics as your subject in class 12th and mathematics if you are applying for airforce and navy.

Other option is technical entry scheme in which you need to have physics chemistry and mathematics for subject in class 12th.

if you wish to join defence forces as an officer after your graduation then there are multiple entry option technical entry , general entry by cdse.