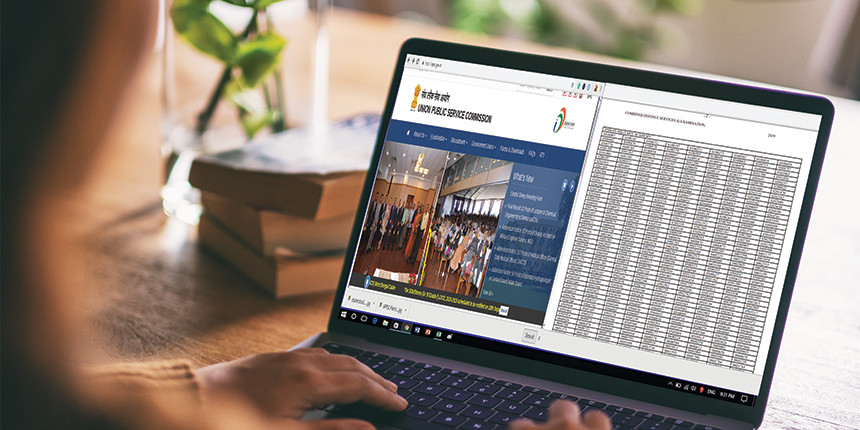 CDS Result 2019 - Union Public Service Commission (UPSC) has announced CDS 2019 result for the written exam on November 1. A total of 8120 candidates have qualified the exam. The result of CDS 2019 has been announced in PDF format at upsc.gov.in. CDS result 2019 mentions the roll number of all the qualified candidates. As per the result of CDS, candidates whose roll numbers and names are mentioned in the result PDF will have to appear for the next stage of the selection process. CDS written exam qualified candidates will further have to appear for the SSB Interview which is expected to be held in February to May 2020. On the basis of SSB Interview, the authority will announce the final result of CDS 2019 after which the scorecard of the qualified candidates will be released. CDS I 2019 exam was held on September 8. To know more about CDS result 2019, go through the article below.

Note - UPSC has released the final result of CDS 2019 (1) on November 25 in the form of PDF. As per the result PDF, a total of 2726, 1609 and 643 candidates have qualified in the written test for admission to the Indian Military Academy, Indian Naval Academy and Air Force Academy respectively. To check the CDS (1) 2019 result - Click Here

CDS result has been released in online mode in the form of pdf. Candidates can follow the steps given below to check CDS 2019.

Step 3: Candidates will be redirected to a new page

Step 5: Press Ctrl+F and search your roll number in the UPSC CDS result 2019

Step 6: Download and save the result for future reference

CDS Result pdf for written test will look like the image given below: 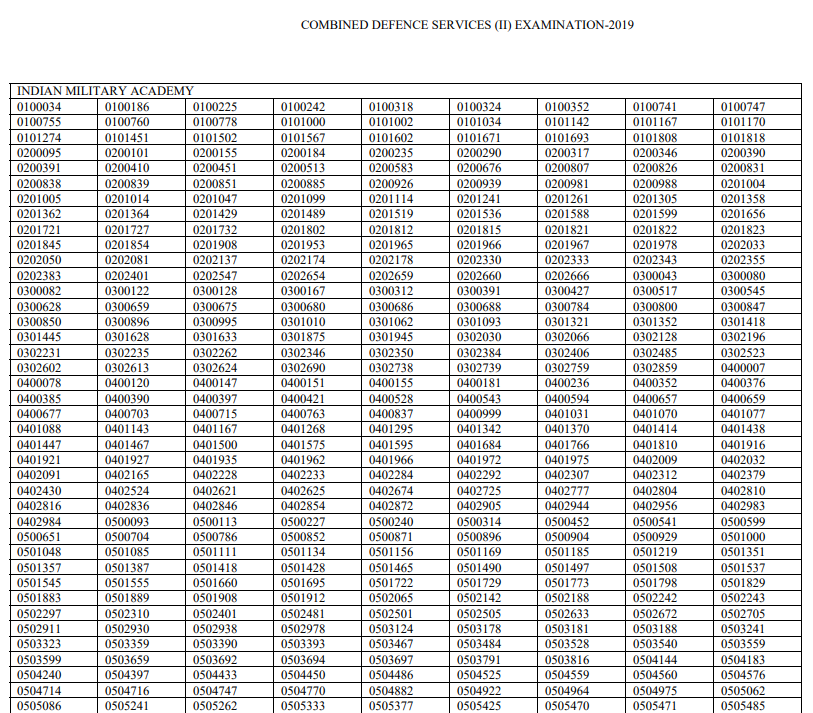 UPSC will release the scorecard of CDS 2019 after the announcement of the final result. CDS II score will be released in pdf format. Candidates will be able to check their marks secured in written exam as well as SSB Interview along with the roll number and name.

What after the declaration of final CDS result 2019?

The official answer key of CDS II written exam will be released after the announcement of the final CDS 2019 result. However, some of the coaching institutes - NeoStencil, Baalnoi Academy and Cavalier will release the answer key after the exam. The answer key will contain all the correct answers to the questions asked in the exam. With the help of CDS answer key 2019, candidates will be able to calculate their probable scores based on the number of correct and incorrect answers.