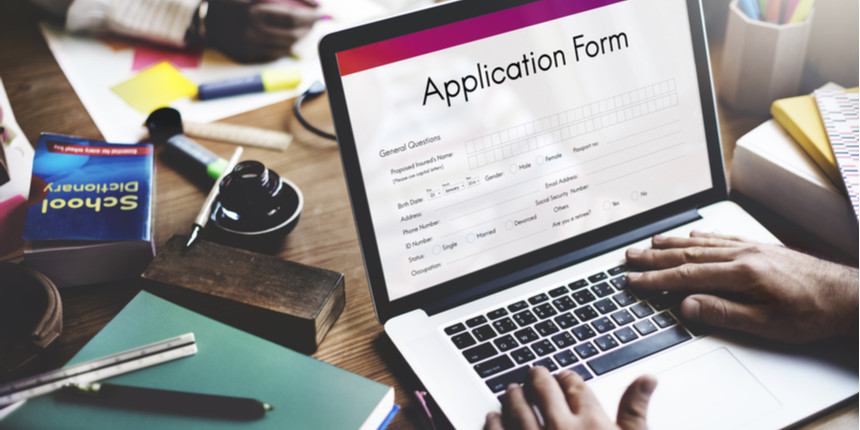 What is SSC CHSL ?

Before filling the application form of SSC CHSL candidates must check SSC CHSL Eligibility Criteria and Exam Centres. Detailed description of centre is mentioned below this article.

Candidates can check SSC CHSL application dates and other important events related to exam from the below-mentioned table.

Details Required to Fill the Application Form of SSC CHSL 2019:

3. Valid Mobile No (to be verified through OTP) 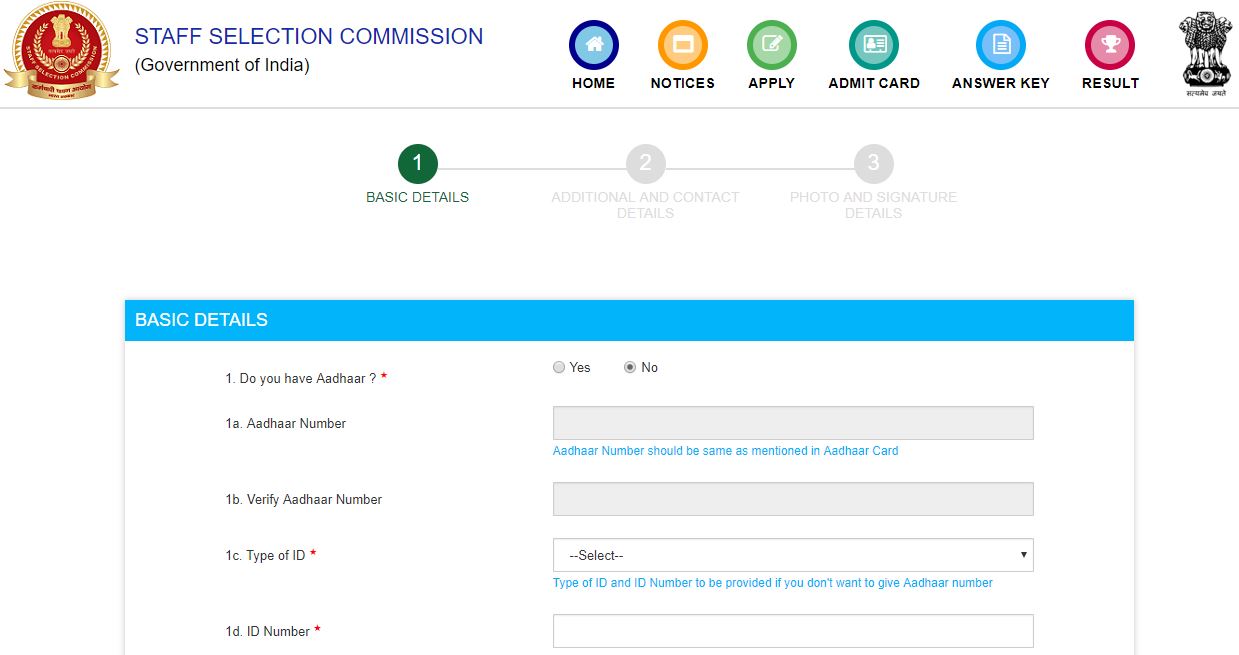 It must be remembered by the candidates that after completing the registration process, the system will generate a registration number and password which the candidate must jot down since it will be required while admit card download and accessing the result.

In this part of filling SSC CHSL exam application form online candidates will have to first register and then fill their basic details like name, parents’ name, address, contact details, academic qualifications etc. Candidates should be careful while entering these details and make corrections if required. After that, candidates must click on ‘I agree’ after ensuring the details to be correct. 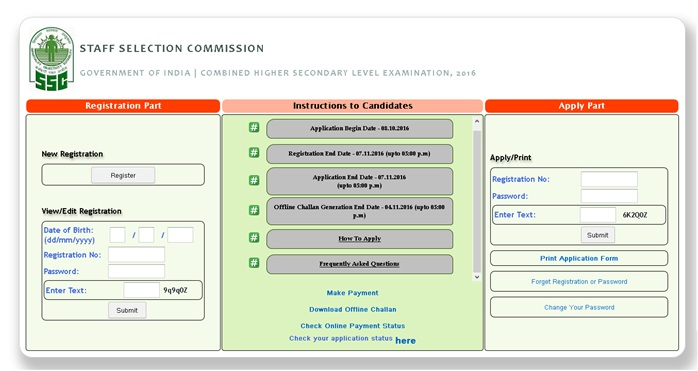 SSC CHSL 2019 Detailed Application Form will look like this 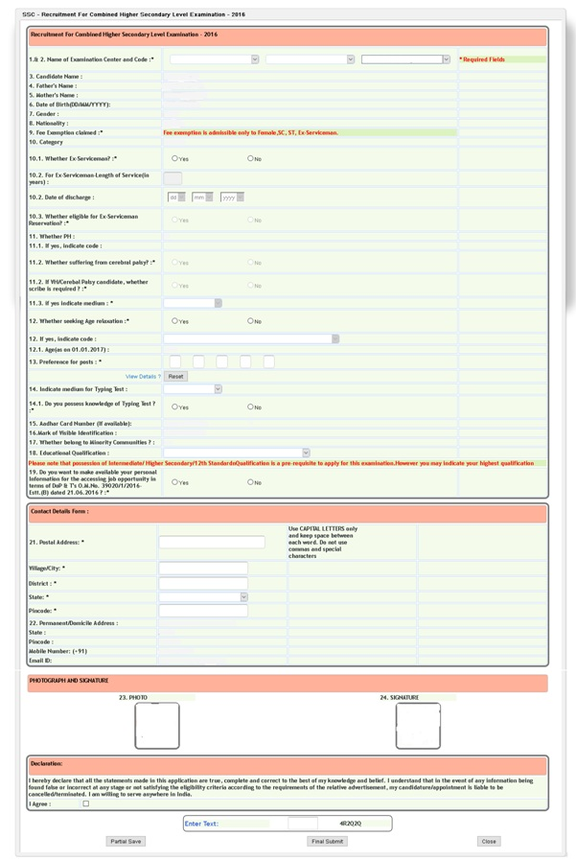 SSC CHSL Application Fee Challan will look like this 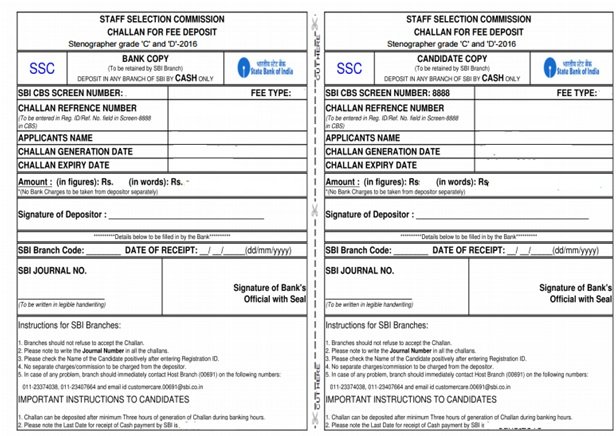 How to Retrieve SSC CHSL Registration 2019 ID and Password Details

In case candidates forget their registration details and are unable to download their SSC CHSL registration ID/Password, they can retrieve their details of SSC CHSL application number and password by following the steps mentioned below: 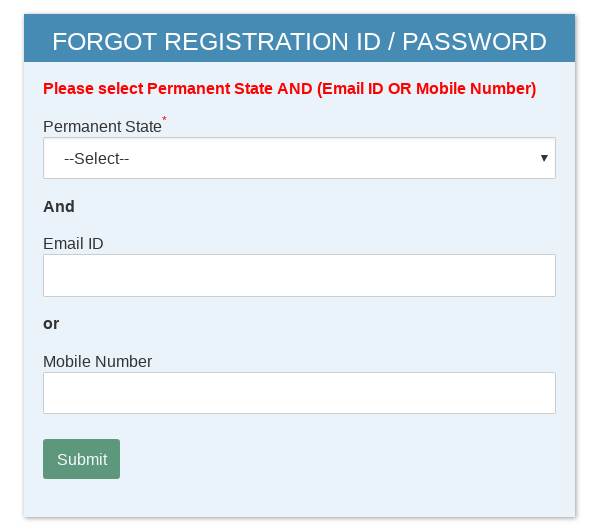 Candidates while filling SSC CHSL application form 2019 must have an idea regarding the exam centre. Candidate can fill maximum of three centres, in the order of priority, within the same region. Commission does allotment of SSC CHSL exam centre on a first come first serve basis. Hence, candidates are suggested to complete their application form of SSC CHSL 2019 at the earliest so that they can get the city of their first choice.

How to Prepare for SSC CHSL

SSC Combined Higher Secondary Level (CHSL) Tier-I exam is slated to held on March 16 to 27, 2020 in computer based test mode. It is advisable that they should not wait to prepare for the exam after filling SSC CHSL application form. Hence candidates should equip their preparation by knowing how to prepare for SSC CHSL so that they can qualify the exam with good marks.

Question: What are the steps to check the status of SSC CHSL application form 2019?

To check application status of SSC CHSL registration number 2019, applicants need to visit official website of commission. By clicking on the link and entering registration id and password candidates can check the status.

Question: How can I edit or make changes in details entered in the SSC CHSL registration form?

No, SSC CHSL exam are comparatively of moderate level in compare to CGL, CPO and other exams

Question: Is it possible to download the challan before completing SSC CHSL 2019 Application Form?

No. The challan can only be generated or downloaded after the completion of the application procedure.

Question: Can I reprint my offline bank challan of SSC CHSL, as I lost it?

Yes. You have to log in your account of SSC CHSL 2019 exam and by using the tab “Download Offline Challan” you can again reprint your bank challan for offline fee payment.

Question: How many candidates will fill SSC CHSL 2019 application form ?

Question: I have filled wrong details while applying for SSC CHSL online 2019, What should I do now ?

It is advised to candidates that fill another form of SSC CHSL LDC/DEO application form 2019. Commission will only consider the latest application form. However, the fee if paid will not be refunded.

Data Entry Operator, Grade “A‟ is considered as one of the best and responsible jobs of SSC CHSL exam though salary for all the posts are same.

No Aadhar card is not mandatory while applying for SSC CHSL online. Hence candidates have to use a valid id proof to fill SSC CHSL application form

Question: Where can i find syllabus of SSC CHSL exam ?

Commission has released notification and application form of SSC CHSL 2019 on December 3, 2019. Candidates can find official SSC CHSL syllabus in official notification only.

Does the cut off of ssc chsl will increase after Typing test and DV ?

The cut off depends on various factors such as number of vacancies available, difficulty of exam, number of candidates appeared in the exam and other factors.It is not possible to say whether the cut off may increase or decrease.But over the years if you see the cut off trends it has been increasing.

You can refer the link below for other detailed information

Hello
I could not understand what you are trying to say. There is no post number in ssc chsl application form. If you are talking about address post then i dont think it will make a big mess. But for post preference there is no option given for Selection. You are just asked about DEO if you had science in 10+2 and nothing else.
Read More
Answer
Answer Later
Report
168 Views