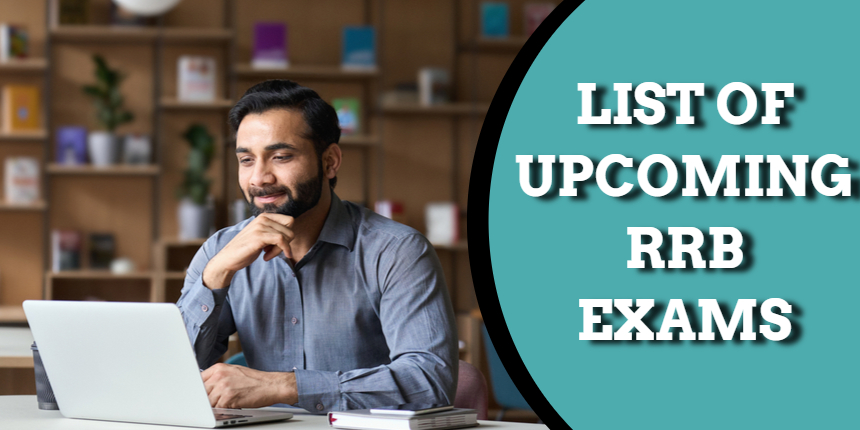 Aspirants need to apply online for various upcoming exams of RRB after going through detailed eligibility criteria. For upcoming RRB exams 2021, candidates can apply as per their zone. RRB has provided the official websites of RRB separately. To know more about upcoming RRB exams, read the full article below.

RRB ALP: The RRB ALP stands for Assistant Loco Pilot. The recruitment exam for the post assistant loco pilot in Indian Railways. As per the RRB NTPC eligibility criteria, candidates between 18 to 28 years who passed matriculation along with 3 years Diploma in relevant stream can apply for RRB ALP. There are two posts under the RRB ALP exam that are Assistant loco pilot and RRB technician. Applicants need to be fit as per the medical standards provided by the RRB. Students failing to prove their eligibility criteria will be disqualified. For the RRB ALP vacancies, candidates can check the table below.

RRB NTPC: The Railway Recruitment Board conducts recruitment exam for RRB Non-Technical Popular Category. There are various posts on which aspirants can apply under RRB NTPC exams. As per the statistics, every year more than one crore applicants apply for the RRB NTPC exams. Candidates are advised to check the detailed RRB NTPC eligibility criteria before applying. The age limit for post of RRB NTPC undergraduate is 18 to 30 years whereas for the post of graduate, the age limit is 18 to 33 years. The age relaxation will also be provided for the reserved category candidates. The educational qualification will be also based on the post you are applying for.

RRB JE: The RRB JE exam is conducted for the junior engineer post in Indian Railway. Along with the Junior Engineer post, there are other posts that are also included under the RRB JE exams. The other posts are Junior Engineer (IT), Chemical and Metallurgical Assistant (CMA), and Depot Material Superintendent. It is important to check the RRB JE eligibility criteria for each post as the RRB has set the parameters separately for each post. The age limit for RRB JE is 18-33 years (for general category) whereas the educational qualification varies as per the post.

Aspirants willing to apply for RRB upcoming exams 2021 need to apply online on the official website of RRB. The offline application will not be accepted for any upcoming RRB exams. To apply for upcoming RRB exams, candidates are advised to keep all the documents and details ready beforehand so that there will be no hassle while filling the RRB application form 2021. Applicants need to fill personal, contact and academic details. It is also advisable to keep the bank details ready as the application form will not be accepted without paying the requisite fees. To avoid any lag during the application procedure of RRB, use the good internet and update software.

The Railway Recruitment Board will release the admit card of upcoming RRB exams 2021 at least 15 days prior to each stage of examination. Candidates can visit the official website and download the RRB admit card 2021 using the application number and date of birth or password. The RRB admit card contains all the important details of candidates and RRB exam 2021. Along with the RRB admit card, students must carry a valid photo identity card (both original and photocopy). The name of the candidate on the admit card and photo identification proof need to be the same. If not, it is advised to bring an affidavit or the students will not be allowed to enter the examination centre.

The answer key of upcoming RRB exams 2021 will be released within a week after the RRB examination. RRB provides RRB answer key in two stages which contains the correct options of each set of questions paper. Primary, the provisional answer key will be released where students can raise the objection in case of error. Later, RRB will release the final answer key of RRB after reviewing the objections raised by the candidates. The answer key challenge fee will vary according to the post you have applied for. Students can download the RRB answer keys in PDF format.

The Railway Recruitment Board will provide the results of RRB upcoming exams separately for each stage. RRB will release the result separately for each zone. Those candidates who appeared in the RRB exams can visit the official website and download the RRB result in PDF format. The result PDF of RRB exams will contain the roll number and name of the shortlisted candidates. Students need to qualify at each stage in order to get shortlisted for final allotment. Along with the RRB result, the exam authority will also release the RRB cut off separately for each category and zone.

Question: How can I apply for the upcoming RRB exams?

To apply for the upcoming RRB exams, candidates need to visit the respective official website and can follow the complete application procedure as per the official notification.

Question: Can I apply for two posts of the upcoming RRB exams?

Yes. Those students who fulfill the eligibility criteria can apply for two posts. Candidates need to provide valid certificates of eligibility.

Question: Do I have to download the admit card for the upcoming RRB exams?

Definitely Yes. Candidates who are not able to download the admit card are not allowed in the examination.

Question: What are important documents carried along with an admit card?

A valid photo identity proof along with the admit card in all the RRB exams.

Get answers from students and experts Ask

How to Crack the LIC ADO Exam? - Check Study Plan and Tips