RRB Ranchi ALP Cut off 2020 - The RRB Ranchi will release the RRB Ranchi ALP 2020 cut off along with declaration of the result. RRB Ranchi ALP Cut off 2020 will be released in a pdf file which comprises the roll number of successful applicants. The Ranchi Railway Recruitment Board will release RRB ALP cut off separately for each stage of the exam. The railway authorities will conduct RRB ALP exam in online mode for different stages. Aspirants have to secure not only the RRB ALP qualifying cut off marks but also the overall cut off. Go to the article to know complete details of RRB Ranchi cut off for previous year exam here. 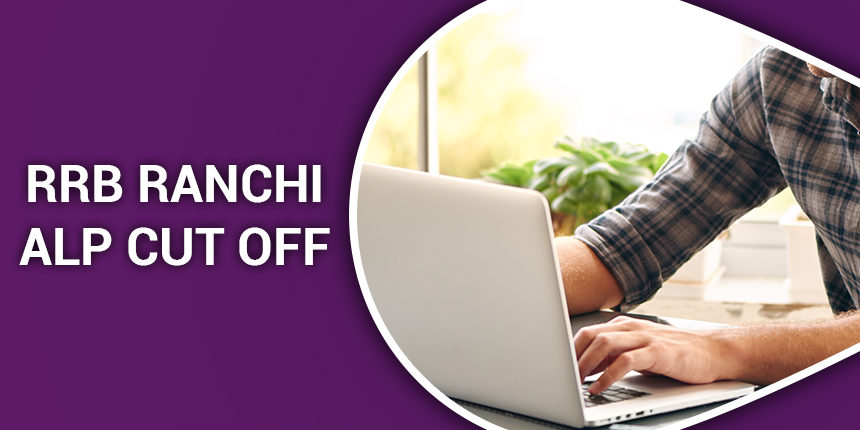 How to Check RRB Ranchi ALP Cut off

The detailed description of RRB ALP stage wise cut off is mentioned below.

To qualify for second stage exam applicants have to secure the qualifying as well as overall cut off marks in CBT 1 exam. As the RRB ALP exam is conducted in online mode in multiple shifts hence commission will do the normalisation process of raw score to determine the cut off.

According to the RRB ALP Exam Pattern the CBT 2 exam includes two parts – A and B. The railway board prescribes the separate qualifying cut off marks for both Part A and B. Aspiring candidates should note that marks of part A will only be used for merit while the part B of CBT 2 stage is qualifying nature only.

Applicants can check the previous year cut off of RRB Ranchi for ALP exam here. Check more details for the cutoff given below.

Note: Above mentioned cut off for document verification

Question: What is the official website to check the RRB Ranchi ALP cut off?

You can check the cut off of RRB on official site ranchi.gov.in.

Question: Is qualifying cut off and overall cut off are the same for the RRB ALP exam?

No, there will be different cut off marks for it.

Question: When will the RRB ALP exam be conducted?

The RRB ALP notification can be out tentatively by November, 2020.

Question: How many stages of RRB ALP cut off?

The zone wise RRB ALP 2020 cut off is released in three stages.