RRB ALP Cut off 2020 - RRBs will release the RRB ALP 2020 cut off along with its result on the regional websites. The cut off of RRB ALP 2020 will be released in the PDF file. The RRB ALP cut off 2020 is the minimum marks aspirants need to obtain to qualify the CBT exam. RRB ALP 2020 cut off will be released for each category separately. RRB ALP recruitment process is completed in three stages - CBT, Physical Efficiency Test (PET) and Document Verification (DV). Railway Recruitment Boards also prescribe a minimum qualifying cut off in the official notification. Candidates who belong to UR or EWS category have to secure at least 40% marks while for the remaining category candidates have to score at least 30% marks. Read the complete article to know more about RRB ALP cut off 2020 in detail. 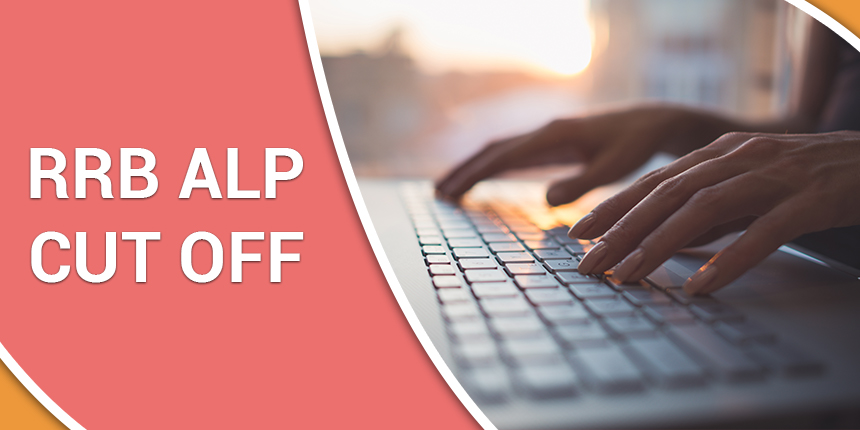 Step 1: Click on the region-wise links provided above to check RRB ALP Cut off

Step 2: The pdf file of RRB ALP cut off will be opened in a new window

Step 3: Check category wise cut off for your regions

Step 4: Also download and save the PDF file for future references

RRB ALP cut off 2018 was declared in four stages – First Stage, Second Stage, CBAT and final selection. The different stages of ALP cut off is explained below in detail.

Candidates should note that the RRB ALP cut off for the first stage is calculated out of 75 marks. The cut off marks of candidates is declared after abiding the normalisation process. Applicants must secure sectional qualifying cut off besides the overall cut off to qualify the exam. Respective Boards will select candidates up to 15 times the number of vacancies for the second stage based on the cutoff marks of stage 1.

Aspirants can check the RRB ALP Cut off for the Mechanical department in the below given table.

Applicants can check the RRB RRB ALP Cut off for the Electrical department provided in the table below.

The second stage exam consists of two parts- A and B. RRB ALP 2020 cut off of Part A will be determined out of 100 marks while that for Part B will be calculated out of 75. Applicants need to qualify both the parts but the selection of candidates for the next round will be done on the basis of the cut off marks of Part A of the second stage. Besides the minimum qualifying cut off marks, candidates have to secure the overall RRB ALP cut off prescribed for the second stage.

RRB ALP Qualifying Cut off of Second Stage – Part A

Applicants who secure the cut off marks equal or above in RRB ALP CBAT exam will be selected to appear for the next round of selection process. RRB ALP cut off 2020 for CBAT is available for regular as well as additional candidates. RRBs have also released the qualifying cut off of CBAT which is 42 marks, same for all categories. The final merit list for ALP posts will be prepared by taking into account the 70% weightage to Part A of second stage and 30% to CBAT.

It is to be noted that the cut off for final selection is prepared on the basis of Part A of second stage CBT. Though for Assistant Loco Pilot posts, RRBs will consider the performance of candidates in CBAT also. The final merit list for ALP and Technician posts will be made on the basis of the final cut off scores.

Applicants can check the below given table for previous years’ RRB ALP cut off for document verification process.

Question: When will the RRB ALP result be announced?

RRBs will release the RRB ALP result along with releasing the cut off on regional websites only.

The cut off of RRB ALP 2020 is the minimum qualifying marks you need to secure to qualify the exam and become eligible for the next round of selection process.

Question: What is RRB ALP Qualifying Cut off 2020?

The qualifying cutoff is the minimum marks provided in the official notification which applicants need to secure.

Question: What is the role of normalization in the calculation of RRB ALP 2020 Cut off?

Yes, since the exam is conducted in multiple shifts hence the normalisation process takes to determine the cut off marks.