RRB ALP Latest News & Updates 2018 – RRBs had conducted RRB ALP CBAT 2018 on May 10 and 21, 2019. The result of RRB ALP 2018 for CBAT and its scorecard have been released on June 4. Candidates can download their RRB ALP CBAT scorecard and result by logging into their RRB account by using their registration number and date of birth. Earlier, the result of second stage exam of RRB ALP (revised) was declared on April 27, 2019 for the exam conducted on January 21, 22, 23, 2019. To be aware about all the events of RRB ALP 2018 result as well as other events, candidates or their parents must stay updated with “RRB ALP latest news & updates 2018”. Careers 360 here brings, for the sake of the candidates – RRB ALP latest news and updates wherein candidates can get information related to notification, vacancies, application form, admit card, exam, result, etc. at one place. 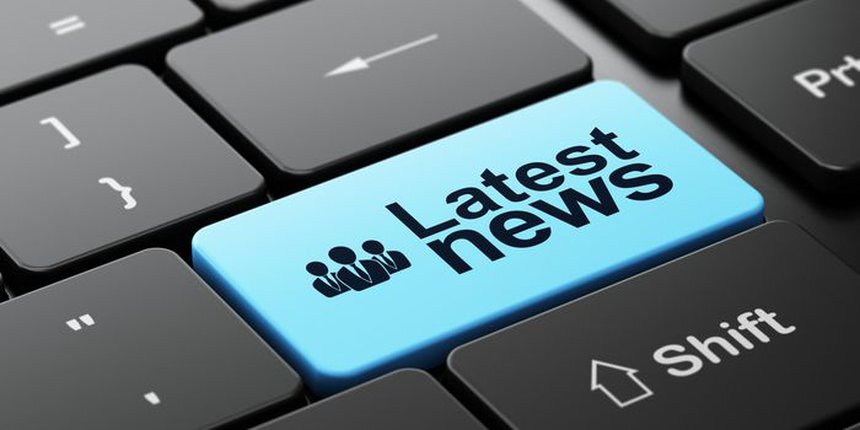 The article has been written with the idea of providing all relevant information about RRB ALP 2018 at one page/place, so that, if someone is looking for the dates and process of application form or admit card or result of RRB ALP 2018, he/she can get those details related to that particular part of the exam at one page itself.

Railway Recruitment Boards (RRBs) have announced the result of RRB ALP CBAT on June 4 for the exam held on May 10 and 21. Candidates can check their scorecard and RRB ALP result 2018 for CBAT from June 4 by logging into their accounts using registration number and date of birth.

Railway Recruitment Boards (RRBs) have conducted RRB ALP CBAT on May 10 and 21.

RRBs have announced the revised result of CBT 2 on April 27, 2019. Earlier, the result of CBT 2 was cancelled due to discrepancies in the final answer key. RRB ALP result 2018 for second stage CBT displays the roll numbers of qualified candidates in PDF format.

The answer key of RRB ALP 2018 for 2nd stage CBT along with question papers and responses have been released on February 18, 2019. The answer key can be challenged from February 18 to 20 (11.59 pm). Candidates can check all the correct answers and calculate their expected scores by going through RRB ALP answer key.

The revised result in the form of PDF and scorecard of RRB ALP 2018 has been released on December 20. Candidates can check their result by finding their roll numbers in the PDF file. RRB ALP 2018 first stage scorecard can be downloaded their scorecard by entering their user ID and date of birth in the login window. To know your revised marks for RRB ALP first stage CBT - click here

Railway Recruitment Boards (RRBs) will announce the result of RRB ALP on December 20. The result PDF will display the roll numbers of qualified candidates. Candidates qualifying the first will appear for the next stage which is scheduled to be conducted on January 21,22&23, 2019.

The revised result of RRB ALP 2018 for the first stage will be announced by RRBs of different region on November 22, 2018. Along with the result, the examination authority will also release the category-wise cut off and scorecard of RRB ALP 2018. Candidates will be able to download their scorecard till December 23, 2018 by using their log in credentials.

RRB has released a notification regarding the date of 2nd stage CBT. The 2nd stage exam of RRB ALP 2018 will now be conducted from December 24, 2018. With respect to the discrepancy reported by the candidates in the answer key, the examination authority will declare the revised result on the basis of the scrutinized answer key. The revised result of RRB ALP 2018 will be declared along with the revised scorecard and cut off anytime soon.

Railway Recruitment Boards (RRBs) have announced the exam date of RRB ALP second stage. As per notification, the second stage CBT will be conducted from December 24, 2018.

RRB ALP result has been announced on November 2. Along with the result, the examination authority has also released the scorecard. Candidates can download RRB ALP scorecard by entering registration number and date of birth. The cutoff has also been released region-wise.

Railway Recruitment Boards (RRBs) will announce the result of RRB ALP on or before November 5. According to the official notification, the actual marks and normalised score of candidates will be released along with the result. The second stage of RRB ALP will be conducted from November 19.

RRBs had again provided a final opportunity for the candidates wherein they could fill the additional qualification, post preferences, options for RRB, exam trade etc till October 21.

The facility to raise objection against RRB ALP answer key closed on September 25. The objections submitted by candidates is reviewed by the subject-matter experts. The final answer key will be published after resolving the objections.

RRBs have released notification for selection of RRB, Option for Railway/Unit & Posts, Selection of Exam Trade and Confirmation/Modification of Bank Account Details for refund

RRBs have declared that no request for change of exam centre, city or date of exam will be entertained under any circumstances. Thus, candidates should not send any mail/request in this regard. However, candidates can send a mail regarding any genuine problem @ rrbcen2018@gmail.com with the detailed description, date of birth, registration number, email ID, user ID and mobile number.

RRB ALP 2018 has begun in Computer Based Mode, on August 9, across multiple sessions. More than 47 lakh candidates have applied for the exam. To read more about the exam click here.

RRBs has released the admit card of RRB ALP for its first stage CBT, on August 5. The admit card has been released four days prior the date of examination. Candidates can download their admit card by entering user id and password. Read here for more details.

RRBs on August 3 has issued notice regarding the exam language. As per the notice, candidates can choose any one language from the given 15 languages irrespective of the one opted by them in the application form.

Notice regarding increased number of vacancies

RRBs have declared that the number of vacancies of RRB ALP is likely to go up to 60,000. Earlier, the examination authority had announced total 26,502 vacancies. Read here for more details.

RRBs has released the section-wise marks distribution of RRB ALP exam. As per a latest official notification, the total marks of the exam is 75. The test will carry 75 objective type questions from four sections. 1/3 marks will be deducted for each wrong answer.

Railway Recruitment Boards (RRBs) has released the mock test of RRB for first stage CBT on July 26, 2018. Candidates have to login with their user ID and password to take RRB mock test 2018. Read here for more details.

Railways Recruitment Boards (RRBs) has decided to give another chance to 70,000 candidates whose application forms were rejected due to some or the other problem in the uploaded photographs. Around 1.27 lakh application forms had some or the other problems but out of the 1.27 lakhs ineligible applications, the RRB has decided to give a second chance to only 70,000 applicants. Click here to read more about it.

RRBs has released the exam scheduled of RRB ALP exam. Along with the examination schedule, the marking scheme of first stage CBT was also announced.