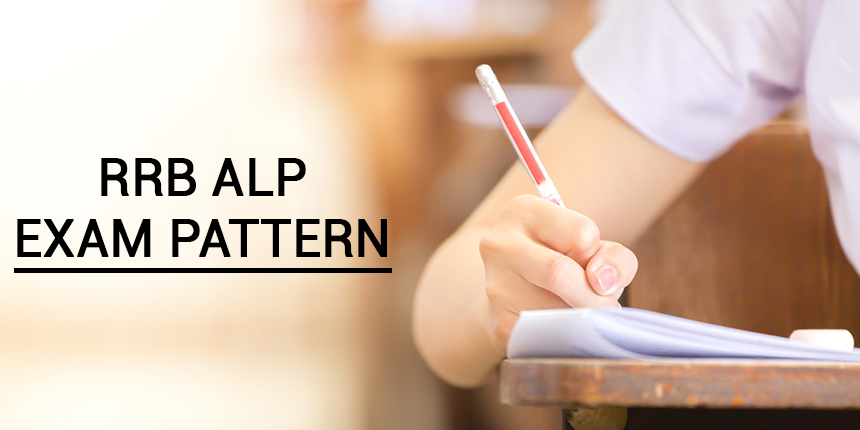 RRB ALP 2020 is conducted in four stages. These stages are as follows:

The two stages examination - First stage CBT and Second Stage CBT are common for ALP and Technician. Candidates who have applied for ALP will also have to undergo Computer Based Aptitude Test (AT) after they qualify in the Second Stage CBT. In all the stages of the exam, marks will be normalized. Candidates who qualify all the stages of the exam will be called for Document Verification (DV) which is the final stage of the recruitment process.

The vacancies of RRB ALP may increase or decrease as per the requirement of Railway administrations. After the First stage CBT, RRBs will publish updated Vacancies on their websites. Candidates who score the prescribed minimum qualifying marks and qualify the First stage CBT, are required to choose the RRB and declare their preference of Railways and Posts within the chosen RRB. Then the candidates are shortlisted RRB-wise for the Second Stage CBT. This shortlisting is done at the rate of 15 times the updated vacancies for that RRB.

First Stage CBT is an online computer based test. This is the first screening test on the basis of which applicants are shortlisted for the next stage - Second Stage CBT. As prescribed in the exam pattern of RRB ALP 2020, the test is conducted for a maximum duration of 60 minutes and number of questions are 75. One mark is awarded for each correct answer while 0.33 mark is deducted for incorrect answers. The difficulty level of questions is equivalent to educational standards and/or minimum technical qualifications specified for the posts, i.e. ITI or diploma courses from institutes affiliated to NCVT/SCVT.The complete RRB ALP exam pattern 2020 including the various sections for the first stage CBT has been given in the below table.

On the basis of normalised marks secured in the first stage CBT, candidates are shortlisted for the Second Stage CBT. As given in the exam pattern of RRB ALP 2020, the second stage is for a total duration of 2 hours 30 minutes. This stage has two parts – Part A and Part B. The total marks of Part A are 100. Part B is qualifying in nature and the marks scored are not used for shortlisting. The number of candidates shortlisted for the second stage exam is 15 times the number of vacancies.

Exam Pattern of RRB ALP 2020: Computer Based Aptitude Test (for post of ALP only)

Only the candidates who have applied for RRB Assistant Loco Pilot (ALP) have to appear for the Computer Based Aptitude Test (AT). Questions will be available in both Hindi and English medium. There is no negative marking. This test is qualifying in nature. According to RRB ALP exam pattern 2020, the candidate needs to secure a minimum score of 42 marks in each of the tests under CBAT to qualify. No relaxation is permissible in this aspect. The ALP merit list will be prepared for candidates who have obtained the qualifying marks in the Computer-Based Aptitude Test. These candidates will then be called for document verification. The weightage is as below:

The different test batteries with their minimum qualifying marks have been given in the table below:

Candidates equal to the number of vacancies will be called for document verification based on their performance in:

Candidates equal to the number of vacancies will be called for DV based on the performance of candidates in:

Candidates equal to 50% of the number of vacancies for various posts will be called for Document verification. It is to be noted that these additional candidates will only be considered for the replacement against any shortfall in empanelment from the merit list if in case any recommended candidate does not accept the offer. If two candidates score the same marks, the older person shall be given higher seniority. Finally the candidates must pass the required Medical Fitness Test. RRBs only recommend names of the selected candidates and appointment is offered by the respective Railway Administrations.

The candidates must know the complete syllabus for all three stages – Computer-Based Tests (CBT), Computer Based Aptitude Test and Document Verification. The subjects and topics in RRB ALP syllabus 2020 for all stages is provided in below table:

Question: How many stages are there in ALP?

RRB ALP exam is of 4 stages. First there is CBT 1 & CBT 2 followed by CBAT and document verification process.

Question: What is the exam pattern of RRB ALP CBT 1?

As per ALP CBT 1 exam pattern there are 75 questions which need to be solved in 60 minutes.

Question: What is the age limit to apply for the RRB ALP exam?

Applicants who are of the age between 18 to 28 can apply for the exam.

Question: Is it mandatory to qualify all stages of RRB ALP?

Yes, to qualify for a post applicants have to pass all the stages of the ALP exam.