RRB Bilaspur ALP Cut off - Railway Recruitment Board (RRB) Bilaspur will release the cut off along with declaration of the results. Candidates who want to secure their name in the final merit list will have to secure the RRB Bilaspur ALP 2020 cut off. The Bilaspur board will release RRB ALP cut off separately for each stage of the examination. The authorities will release the cut off of RRB ALP exam for CBT 1, CBT 2, Computer Based Aptitude Test (CBAT) and final cut off. Applicants have to score not only the qualifying cut off but also the RRB ALP overall cut off marks. Read the complete article to know more about RRB Bilaspur cut off for previous year exam here. 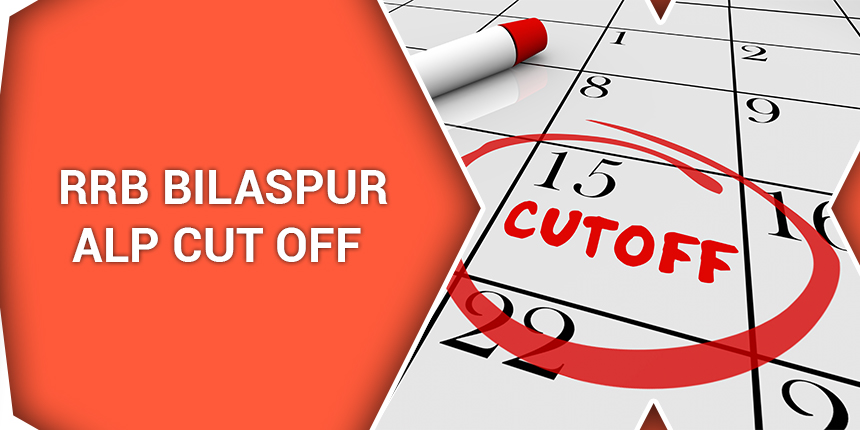 How to check RRB Bilaspur ALP Cut off

Applicants can check the detailed description of stage wise cut off mentioned below.

Those who qualify RRB stage 2 exam and opt for Assistant Loco Pilot will be further invited for CBAT exam. Candidates who appear in the CBAT exam have to secure a minimum score of 42 marks in each test battery.

As per RRB ALP Exam Pattern the second stage exam comprises two parts – A and B. The railway boards have prescribed separate qualifying cutoff marks for both Part A and B. As per the RRB notification the part B exam of CBT 2 stage is qualifying only, hence, the marks secured in Part A will be considered to shortlist students for further selection process.

RRB Bilaspur ALP 2020 cut off for the final allotment will be prepared on the basis of marks in CBT (Part A of the second stage), CBAT (For ALP post only) and document verification. The authorities will give 70% weightage to Part A of CBT 2 while 30 % weightage to CBAT for preparing the merit list.

The previous years’ RRB Bilaspur ALP cut off is available here. Read below for more details on the cutoff.

Question: What is the official website to check the cut off?

Applicants can check cut off marks at rrbbilaspur.gov.in.

Question: What are the cut off marks for OBC and SC in RRB ALP exam?

Applicants have to secure a minimum 30% marks in ALP exam.

Question: What are factors to decide the cut off marks?

The number of candidates, difficulty level of the exam are the factors.

Question: Is the cut off marks declared along with the result of RRB ALP 2020?

The cut off mark is released along with declaration of RRB ALP result.