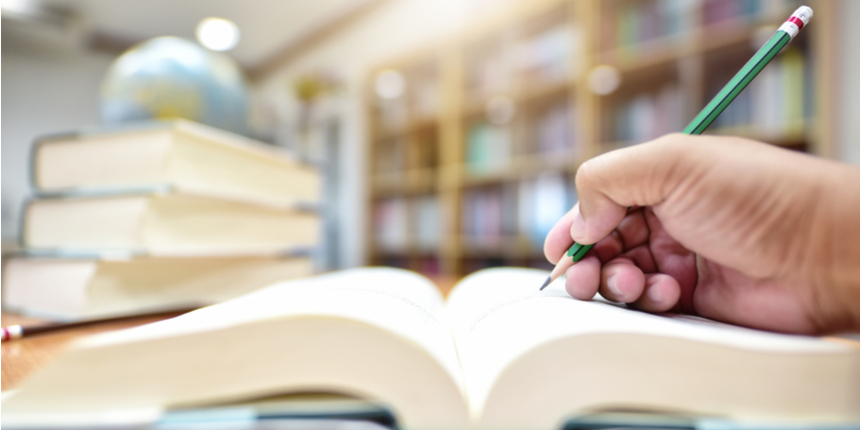 Aspirants should go through the NDA exam paper pattern in detail before starting their exam preparation. Both NDA papers total to 900 marks. NDA 2023 exam is conducted in two stages - written exam and SSB interview. Along with the exam pattern aspirants must also acquaint themselves with the NDA syllabus. Know more about the detailed NDA 2023 exam pattern in the article below.

Quick Links: How to join NDA after class 12th?

The first stage of the NDA exam is a written exam. The written exam consists of two papers, Mathematics and GAT. All the details related to the exam pattern of NDA 2023 for the written examination are mentioned in the table below:

There are two stages in the SSB interview - stage-I and stage-II. As per the NDA SSB interview, it consists of a total of 900 marks and will be held over a period of 4 to 5 days. Candidates must qualify stage-I of the SSB to be eligible to appear for stage-II. Check the following details related to the NDA SSB in the table below:

In this stage, candidates will have to take two tests - Officers Intelligence Rating (OIR) Test and Picture Perception & Description Test (PP & DT). Only those candidates who qualify this stage will appear for Stage-II.

In this stage of the SSB interview, aspirants will have to go through Group Testing Officers Tasks, Psychology tests, and the Conference. These tests will be conducted over 4 days.

Along with the NDA exam pattern 2023, candidates should also be aware of the topics of utmost importance in the NDA syllabus, that need to be prepared. Below are the NDA exam topics-

Best Books To Prepare For NDA 2023

After knowing about the syllabus and exam pattern it is important to head towards the study materials. Although, NDA is based on 10+2 level there are few books that can help candidates sharpen their preparations. It is essential that candidates make use of the best resources to prepare for the NDA exam. Some of the best books for NDA exam are:

The first and foremost strategy is to know what you are going to encounter, then how to prepare for the NDA exam. In this case, the exam pattern of NDA 2023 and the syllabus is the most important thing.

Question: Are there negative marks in the NDA exam?

Question: What are the total marks allotted to GAT & Mathematics?

The total marks allotted to GAT is 600 whereas Mathematics will be conducted for 300 marks.

Question: What are the total marks of NDA 2023 exam?

It is mandatory that all candidates score the minimum qualifying marks and NDA cutoff marks in order to clear the written exam. Aspirants must score 25% in both mathematics and GAT.

Question: What is the difficulty level of mathematics in NDA examination?

Question: What is the usual cutoff of NDA exam?

NDA cutoff is decided on the basis of difficulty of the exam, number of candidates appearing for the exam, and vacancies. The cutoff of NDA-I 2019 was 704 out of 1800. Candidates are required to score at least 25% marks apart from the cutoff marks in both mathematics and GAT.

Question: What are the total marks allotted for NDA 2023 exam?

It is mandatory that all candidates score the minimum qualifying marks in order to clear the written exam. Candidates must score 25% in both mathematics and GAT.

Question: What is the salary given to a candidate qualifying NDA?

Question: When will the NDA 1 application 2023 be released?