NDA Selection Process 2020 - Union Public Service Commission (UPSC) conducts the National Defence Academy (NDA) exam and also prescribes the selection process of NDA 2020. NDA is conducted for admission of 12 passed candidates into Army, Navy and Air Force wings of NDA and Indian Naval Academy Course (INAC). The NDA 2020 Selection Process has two stages - Written exam and SSB Interview. Candidates appearing for NDA 2020 will have to first appear for the written exam of NDA. On the basis of marks secured by the candidates in the written exam, they will be shortlisted for SSB Interview. As per NDA selection Process 2020, the SSB Interview comprises of 2 stages in itself - I and II. Candidates will have qualify both the stages of SSB Interview to be eligible for the recruitment.
Latest: NDA admit card 2021 to be released soon for the NDA 01/2021 exam to be held on April 18. Check NDA exam pattern and NDA syllabus here. 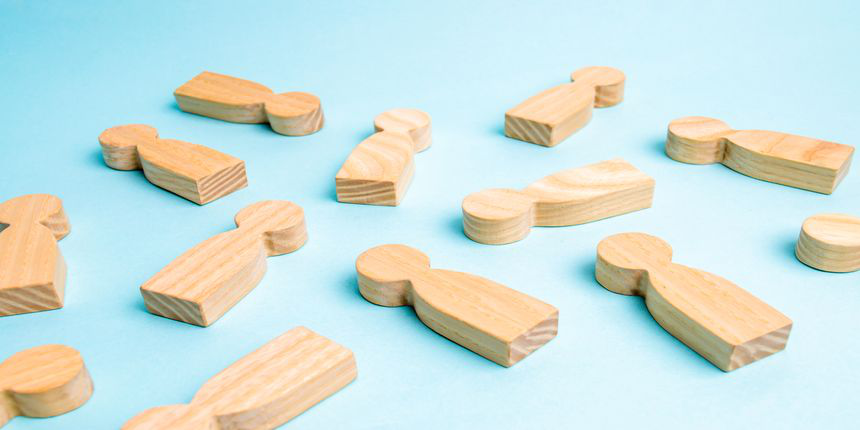 As per official calendar of UPSC, NDA 2020 exam was scheduled to be conducted on April 19, 2020, in offline mode across various exam centres allotted by the exam commission body, but has now been postponed due to the COVID-19 pandemic. Both NDA 1 & 2 exam will be conducted on September 06, 2020.

The selection process of NDA 2020 involves the following stages:

The written exam consists of 2 papers – Mathematics and General Ability Test (GAT). During the written exam of the NDA selection process 2020, candidates will get 2 ½ hours to answer each paper and the total marks allotted will be 900 marks. In mathematics, the questions will be based Algebra, Matrices and determinants, Trigonometry, Analytical geometry of two and three dimensions, differential calculus etc. On the other hand, the GAT paper will comprise of question from English, Physics, Chemistry, General Science, Social Studies, Geography and Current Events. Candidates will have score the minimum cut off marks prescribed by UPSC to qualify and be eligible for the SSB interview. Candidates will be shortlisted on the basis of the marks they score.

Candidates appearing in the SSB interview will have to carry their original certificates along with one photocopy of the following documents:

One photo identity and address proof

Question: How many times a candidate can apply for the SSB interview?

Candidates can appear in the SSB interview up to their permissible age limit.

Question: What if I didn’t receive the call letter of SSB interview?

If you have qualified the written examination of the NDA 2020 selection process you will surely receive the call letter and in case you don’t receive it, you must contact the exam conducting authority at the earliest.

Question: What if I am not able to appear in the SSB interview on the said date due to some problem and want to reschedule my SSB interview date?

Yes, you can reschedule the date of your SSB interview by writing/calling the concerned department and explaining your problem.

Question: Who will bear the boarding and lodging charges during my stay while the SSB interview?

During your SSB interview of the NDA selection process 2020 you will have to stay at the Selection Centre and the charges will be on the NDA exam conducting body. Train charges upto AC 3 tier and government bus charges from your home to the SSB centre will also be given by the conducting authority.

Candidates can check the various details about UPSC NDA answer...

How to start preparing for NDA from class 12th?? Please reply...

NDA stands for National Defense Academy . It is one of the reputed and well sorted career for those who want to make his or her career in the field of Army, Airforce and Navy. The exam basic consist of three stages,

You need to prepare for the first two. There are multiple online coaching that teaches NDA relevant course . You can go for Unacademy for amxing content. Gradeup is also very good in terms of preperation .

You can also follow certain YouTube channel to master the tips and tricks to clear the written exam as well as SSB.

How many cadets get selected for NDA from Tripura till date ?

Hope you are doing good!!

This is a confidential information which is not provided to the citizen of country. It may be harmful for national security!!!

Moreover, if you need more information regarding nda you can visit official website or can reach us out too :-