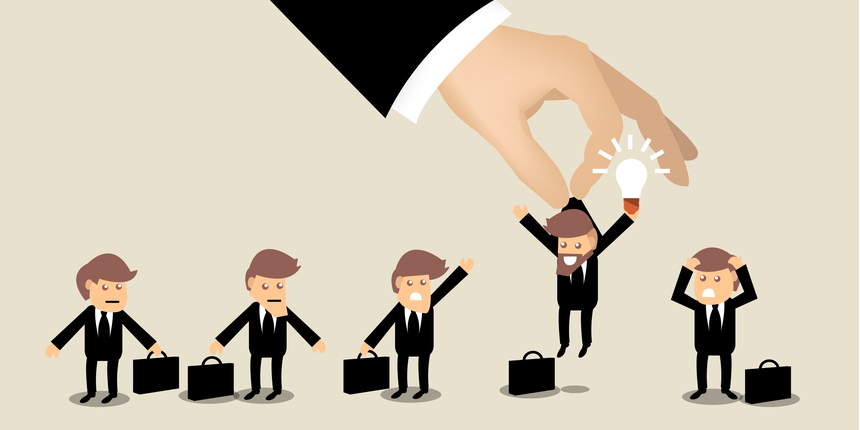 There are three stages in the SSC CHSL 10+2 selection process are as given below:

The Tier- 1 selection process of SSC CHSL 2020 is a Computer Based Examination.

The candidates must be aware of the SSC exam pattern 2020 and selection process to prepare well for the exam.

The Tier-2 selection process of SSC CHSL 2020 consists of a descriptive paper in Pen and Paper Mode.

The Tier-3 selection process of SSC CHSL 2020 consists of a Skill Test/Typing Test. Those candidates who obtain the minimum qualifying marks prescribed by the Commission and qualify in the Tier-1 and Tier-2 examination will be allowed to take the Skill Test/Typing Test. This Tier of SSC CHSL selection procedure 2020 is used to test the practical knowledge of the candidate. These tests are administered on the computer.

The SSC CHSL DEO selection process includes a Skill test. The Skill test is of qualifying nature. The performance/marks scored in this test is not included while preparing the final merit list. In this test, candidates are tested on their data entry speed. Skill Test in Tier-3 for DEOs is mandatory for all the qualified candidates.

Note: As per SSC CHSL selection procedure 2020 in official notification, “The speed of key depressions per hour on the computer will be adjudged on the basis of the correct entry of words/key depressions as per the given passage.

Note: If the candidate has not opted for any medium in his/her SSC CHSL application form, he/she will have to give the typing test in English by default.

The below given table shows the minimum requirements in the typing speed.

The final selection and allocation of Ministries/ Departments/ Offices to successful candidates will be determined on the basis of performance of candidates in Tier 1 and Tier 2 exam. The candidates’ normalized scores are used to determine merit and prepare the final selection list. On the basis of merit and their declared preference of post, the recommended candidates will be allotted to the posts of Data Entry Operators, Postal Assistant/Sorting Assistants Court Clerks and Lower Divisional Clerks. Once declared, the candidates are not allowed to change their option/ preference for a post later on.

In cases where two candidates have equal aggregates marks in Tier-1+Tier-2, such tie cases will be resolved by applying the following methods one after another:

SSC will declare the result of SSC CHSL tier 1 tentatively in May 2020. The Commission announces the results of SSC CHSL exam for all the three stages – Tier 1, 2 and 3 separately. Candidates can check their SSC CHSL result using their user ID and password. Candidates who will qualify the Tier 1 exam will be shortlisted to take the Tier 2 exam. The candidates can check the marks secured in the exam in their scorecards. Candidates will be shortlisted to appear for skill test/typing test based on marks scored in tier I and II. In case of any discrepancy, candidates can also challenge the SSC CHSL answer key 2020 from the official website.

Question: If two candidates get the same marks in SSC CHSL 2020, which candidate will be selected?

If two candidates have equal total marks in Tier-1+Tier-2, the tie will be resolved by applying the following methods one after another:

Question: What do I have to prepare for Tier 1 of SSC CHSL?

The candidates should know the syllabus of SSC CHSL Tier 1 to know all the topics they need to study like General Intelligence & Reasoning, General Awareness, Quantitative Aptitude and English Comprehension.

Question: What kind of tests are conducted in the Tier - 3 exam?

A Skill Test is held for the post of Data Entry operator (DEO) and a Typing Test is conducted for LDC/ JSA & PA/ SA.

Question: What kind of questions are asked in the Tier - 2 exam?

Question: I have studied in Hindi medium. I do not understand English well. What will the medium of SSC CHSL exam paper be?