How to Prepare for SSC CHSL 2020 Without Coaching? 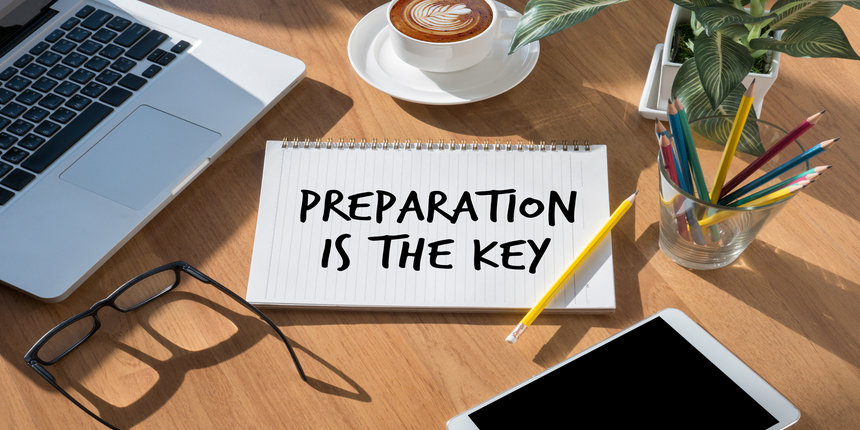 How to Prepare for SSC CHSL 2020 Without Coaching?

In order to prepare for SSC CHSL without coaching one should be more alert and responsive towards their strategy making. It has been found that many a time candidates preparing for SSC CHSL exam don’t remember syllabus on their tips of the tongue.

Negative Marking is applicable in SSC CHSL Tier I (Prelims) 2020 examination and for each wrong answer, one-fourth of total allotted means 0.5 marks will be deducted.

Candidates preparing for SSC CHSL exam without coaching should be aware of previous year cut off which will help them to compose their preparation strategy and articulate their plan to qualify in exam.

In order to understand more analysis about SSC CHSL Tier-I, Tier-II and Tier-III of previous year cut off one should check SSC CHSL cut off here.

Depending on the availability of time one have, candidates can customised this plan and prepare accordingly.

Candidates who are making their strategy and learning tips such as how to prepare for SSC CHSL without coaching should ensure that no stone left unturned in order to crack the exam. Nowadays online resources such as website, app, youtube video play a vital role during the preparation of candidate hence candidates should include them as a vital part of their preparation.

“A book is a dream that you hold in your hand.”

This quote of Neil Gaiman acknowledge the fact that books play a vital role in accomplishing dreams of an individual hence candidates preparing for SSC CHSL exam without coaching are advised to rely more on authentic books and read, learn & practise multiple times from those books. Hence these are best authentic books for SSC CHSL exam which are available for the candidates.

Candidates who want to qualify exam in first attempt & making strategy of how to prepare for SSC CHSL without coaching, it is mandatory for them to solve SSC CHSL Previous year question papers because wise people learn from the mistakes of other people. Along with this Candidates can avail below mentioned benefits by practising SSC CHSL previous year papers:

“Be strategic and purposeful in whatever you do”

Above mentioned quote of Sunday Adelaja describes that in order to attain the desired result one should incorporate focused strategy in their planning. One should include the above mentioned strategy to prepare for SSC CHSL 2020 without coaching. These resources can help the candidates in best possible ways to qualify the exam.