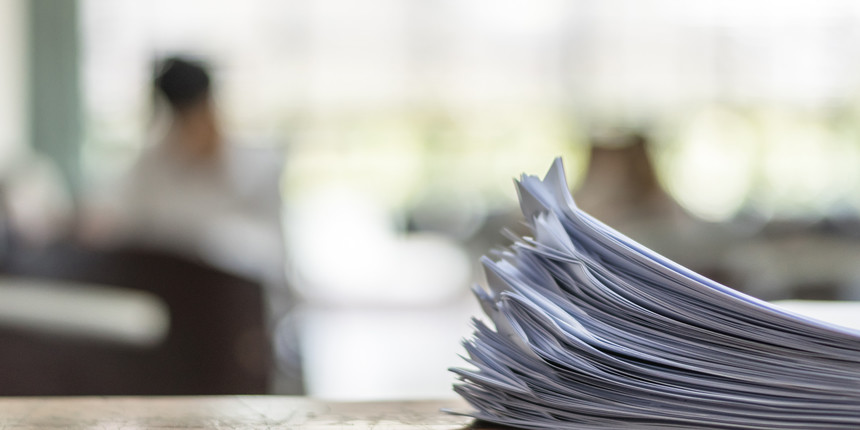 NDA II 2019 exam is being conducted on November 17. The written exam is being conducted for 2 papers - Mathematics and General Ability Test (GAT). There are a total of 120 questions from Mathematics section while 150 questions in GAT. The total marks allotted for written exam is 900. NDA Question Papers 2019 will be released separately for both the papers. Read more about NDA 2019 question papers below.

The marking scheme of NDA is mentioned in the notification. As per the marking scheme prescribed by UPSC, candidates will get 2.5 marks for every correct response in Mathematics paper while 4 marks will be awarded for each right answer in GAT. In case of incorrect responses, 1/3 of the marks assigned for a particular question will be deducted. Candidates attempting more that one answer for a particular question will be treated as incorrect answer and therefore, marks will be deducted for such answers.

In order to qualify the NDA 2019 exam candidates need to score the minimum NDA 2019 cut off marks prescribed by UPSC. The cutoff marks of NDA 2019 will be released by UPSC on its official website after the written test as well as the SSB interview is over. Candidates who score the minimum cut off marks will be recommended into the Navy, Army and Air force wings of National Defence Academy.

Yes, UPSC will release the question paper of NDA for all sets of test booklets.

Question: I found a few questions that were wrong in the question paper, can I challenge it?

Yes, you will be able to raise objection in case of any wrong answer question within 7 days after the exam.

let me clear your doubt.

To crack iit is not an easy task you have to work very hard to crack this exam. So if you are quite good in studies and you are able to solve jee question than no need to go for coacing and if you feel that you need guidance then join coaching so that you will come to know regarding question pattern.

i hope my answer will help you out

My Son DOB is 1st May 2001. He wants to apply for NDA Exams this Year. Is it possible

Your son is not under 19.5 so he cannot apply for NDA this year.you can check details here

According to official notification age limit for NDA is16.5 to 19.5. If he has born in 1st may 2001 then he is not under  age limit so he can not apply for NDA. You can check detail here

Medical Criteria of eyesight for NDA is:-

A candidate should be able to read in a distant vision chart 6/6 in better eye and 6/9 in the worse eye with or without glasses. Myopia should not be more than 2.5 D and hypermetropia not more than 3.5 D including Astigmatism. An internal examination of the eye will be done using an ophthalmoscope to rule out any disease of the eye. A candidate must have a good binocular vision.

So, congratulations you can surely apply for NDA Examination and remember that your lens power should not exceed -2.5.

You can also refer to this article given below for more information.

Hope it helps you,