Best Books for SSC CHSL 2020 - SSC CHSL is one of the most popular and competitive exams in India. Candidates preparing for the exam must refer to the best CHSL books to prepare for SSC CHSL 2020 considering the tough competition as 40 lakh+ aspirants applying for it. By going through the best SSC CHSL books for the exam, aspirants will also know about the important chapters and topics on which the question paper of SSC CHSL exam will be based. Candidates can also check previous year question papers of SSC CHSL to know about the question paper trend of the SSC CHSL exam. For effective preparation, checkout the best SSC CHSL books for subject wise preparation like best books for general awareness . Along with these, also check SSC CHSL syllabus 2020 to know about important topics and chapters. SSC CHSL 2020 was conducted from March 17 to 19 in online mode. As per the SSC CHSL exam dates 2020, the exam will be conducted between August 17 to 21, 2020 and August 24 to 27, 2020 in online mode. Candidates must download SSC CHSL admit card 2020 four days prior to the exam. For more details on best books for SSC CHSL 2020 check the complete article below.
Latest: SSC CHSL 2019 new dates announced, now it will be conducted from October 12 to 16, 19 to 21 and 26, 2020.
Check Memory based questions & shift wise SSC CHSL 2020 Exam Analysis Here 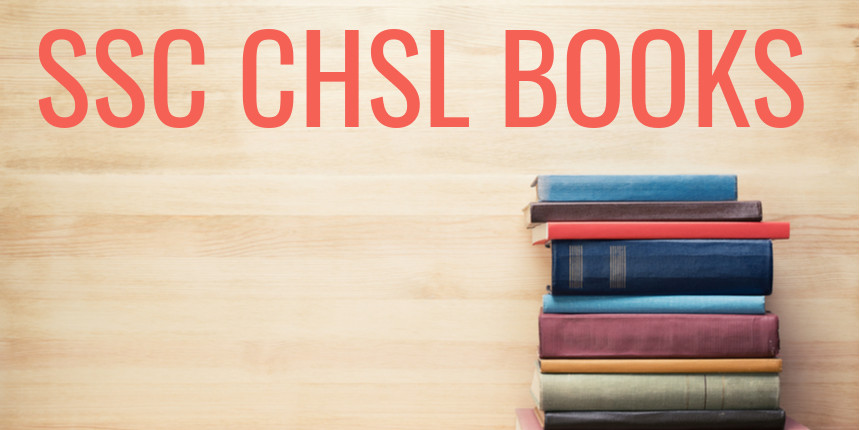 Candidates can check important topics related to the SSC CHSL syllabus from the table given below. With the help of the syllabus, candidates can also make a preparation strategy to score good marks in the exam.

What are some best books for SSC CHSL 2020 preparation?

Candidates can check SSC CHSL best books 2020 from the table given below.

Question: Which is the best book for SSC CHSL English language?

Candidates can prepare for English language from Objective General English by S.P Bakshi and Plinth to Paramount by Neetu Singh.

Yes General Knowledge by Lucent publication is enough for preparations.

Question: How can I prepare for SSC at home?

Question: Which is the best book for SSC CHSL maths?