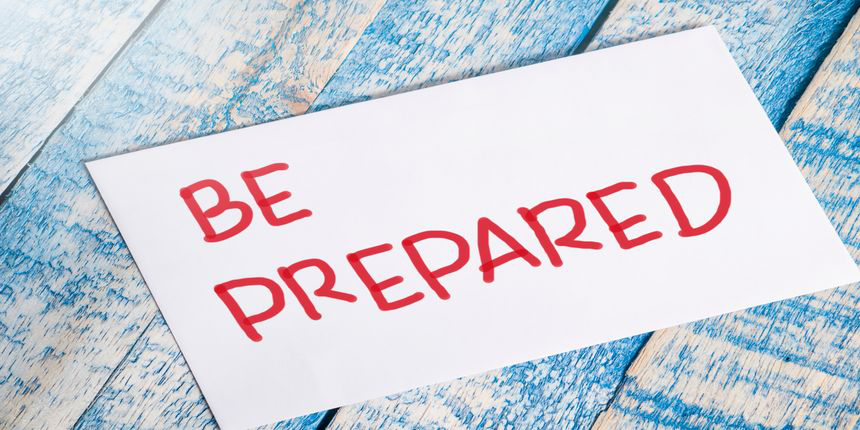 Now that there’s just one month left for SSC CHSL, you will have to divide your study time smartly. Quantitative aptitude is the most difficult section for most candidates. You must spend more time studying for the section that you find difficult. You must study 7 to 8 hours a day to prepare for SSC CHSL 2020 in one month and follow the time-division given below -

Given below is a weekly plan on how to prepare for SSC CHSL in 1 month. This plan will help you cover the syllabus easily.

Tier I exam of SSC CHSL is an online, computer-based test. It has four sections with 25 questions each. Only candidates who qualify SSC CHSL Tier I will be allowed to appear for SSC CHSL Tier II. Take a look at SSC CHSL exam pattern-

In order to know how to prepare for SSC CHSL in 1 month, you must know SSC CHSL syllabus. For SSC CHSL Tier I exam, you need to study for four sections - quantitative aptitude, general intelligence, general awareness and English. Given below are the topics covered in the syllabus of SSC CHSL 2020.

For Tier II exam of SSC CHSL you should keep yourself updated about current affairs and news. You should also know letter writing and essay writing formats for the descriptive paper. There is no particular syllabus for Tier III since it’s a skill/ typing test.

Books for preparation of SSC CHSL Tier I

Solving sample papers and SSC CHSL question papers is an add on to your plan on how to prepare for SSC CHSL 2020 in 1 month. It increases your speed and accuracy. You also learn how to manage time during the examination. Given below previous year question papers of SSC CHSL Tier I and questions that previously appeared in Tier-II exam.

Given below is a list of advantages of solving previous year question papers, sample papers and mock tests.

Along with your plan on how to prepare for SSC CHSL in 1 month, you should follow the tips that are listed below.

The next stage of SSC CHSL is Tier II descriptive paper. So you must know how to prepare for SSC CHSL Tier II. Candidates will be given a letter-writing question and an essay writing question. The questions in this exam are based on current affairs and news so you must keep abreast of all current events. You must know the formats of letters and essays. Refer to previous year questions and practice by attempting them.