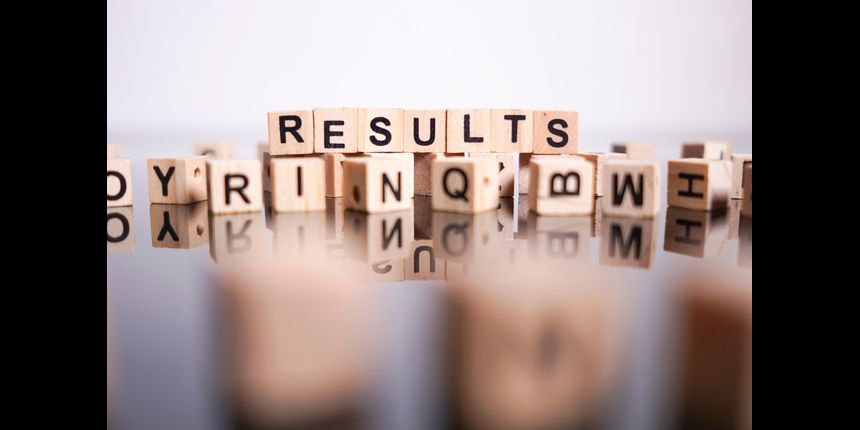 The scorecard has also been released in online mode on April 5, 2019. Candidates can check their scores by entering the required login credentials - roll number and date of birth in the login window. For more information on CSIR UGC NET result 2018 December like dates, scorecard, and marking scheme candidates can read this article below.

UGC CSIR NET result 2018 for December session is available in online mode. The steps to check the online result of CSIR NET 2018 is given below: 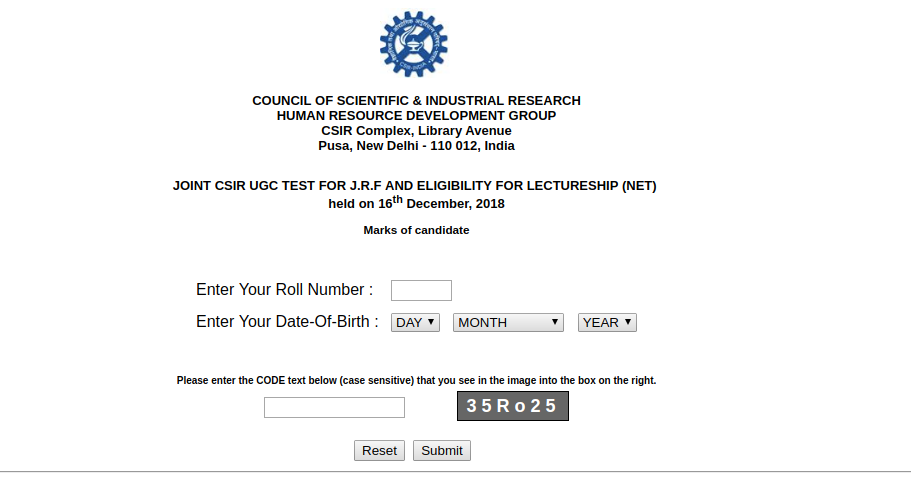 CSIR UGC NET scorecard will contain the following details that are mentioned below.

CSIR UGC NET Scorecard will look like this image: 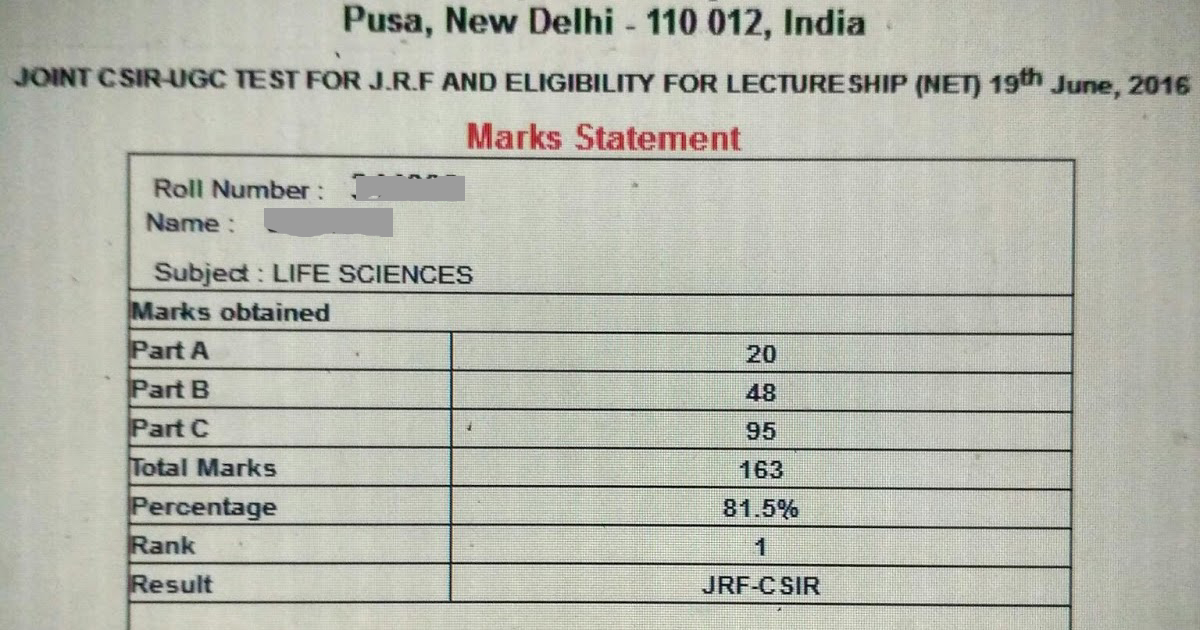 What after the declaration of CSIR UGC NET Dec Result 2018?

After the declaration of CSIR UGC NET Dec result 2018, candidates are issued eligibility certificates and they will become eligible for Junior Research Fellowship (JRF) and Lectureship. All the qualified candidates can also apply in any government/private college/university.

According to the officials of CSIR, the fellowship of the successful candidates is considered effective from the date (to be announced) declared by the authority. The validity of it begins from the announced date and continues till the period of 2 years for joining the fellowship under CSIR UGC NET Scheme.

The cut off of CSIR NET 2018 for December session of the exam has been released. Candidates can check the category-wise and subject-wise CSIR UGC NET cut off 2018 for December and June session below, separately for JRF and Lectureship.

Showing 1 out of 1 Questions
9 Views

I have done B.Sc Zoology & Chemistry but next M.Sc Zoology completed what i can do this exma CSIR UGC NET

Yes you can do. You can apply for CSIR NET exam with your post graduation eligibility. They don't look about the cross majors. It is one of the toughest exams in India and at the same time best exam which can give you a chance to get a lecturer job in colleges and Junior research fellow position in research institutes and colleges with a stipend of 31000 with HRA.