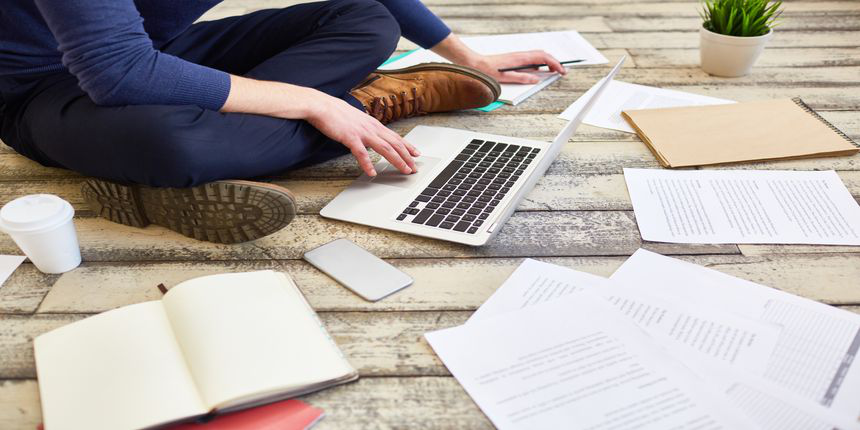 In order to prepare for SSC CHSL in 3 months, you need to know and have the particulars listed below.

Before getting into How to prepare for SSC CHSL 2019 in 3 months, you must be aware of the exam pattern of SSC CHSL. The first stage of the exam - SSC CHSL 2019 Tier I is conducted in online mode. It has four sections and carries 200 marks. The second stage - SSC CHSL Tier II is a descriptive type paper that has letter writing and essay writing questions. Tier III exam of SSC CHSL is a skill test in which candidates are tested for their typing skills. Candidates need to clear all the stages in order to qualify the exam. Check the exam patterns of all the stages in the tables below.

The letter writing and essay writing questions that appear in the question paper of SSC CHSL Tier II are based on current affairs. Check the complete SSC CHSL syllabus from the link given above.

Best books for the Preparation of SSC CHSL 2019

Books for preparation of SSC CHSL 2019 Tier I

Apart from solving question papers, you should also subscribe to online mock tests and test series that are provided by several coaching centres and educational websites. If you take mock tests in regular intervals you get the feel of the examination and the chance to evaluate and analyse your preparation. You can detect the topics that you find difficult and work on them.

3 months is a short period of time for the preparation of SSC CHSL. But if you stick to a plan and study the syllabus topic by topic without wasting any time, you can prepare well enough to crack the exam. You should plan so you can complete studying a particular amount of topics from the syllabus in a day or in a week.

You need to study at least 6 hours a day to be able to complete your preparations in 3 months. You should divide your time between the subjects and spend more time studying the subjects that you find difficult.

How to divide time for different sections

Follow these preparation tips for SSC CHSL 2019 along with your weekly plan.

How to prepare for later stages of SSC CHSL 2019 (Tier II and Tier III)?

SSC CHSL Tier II is a descriptive type exam that has questions of letter writing and essay writing. The questions are based on current events and news. You need to practice writing and keep yourself updated with the current affairs. Tier III exam is a typing skill test, so you need to practice typing so that you can become faster and more accurate.

According to the notification of SSC CHSL, the number of vacancies is not yet determined. But will be posted on the website - https://ssc.nic.in, sometime soon. The pay scale for different posts is provided in the table below.