How to Prepare General Studies for SSC CHSL 2020 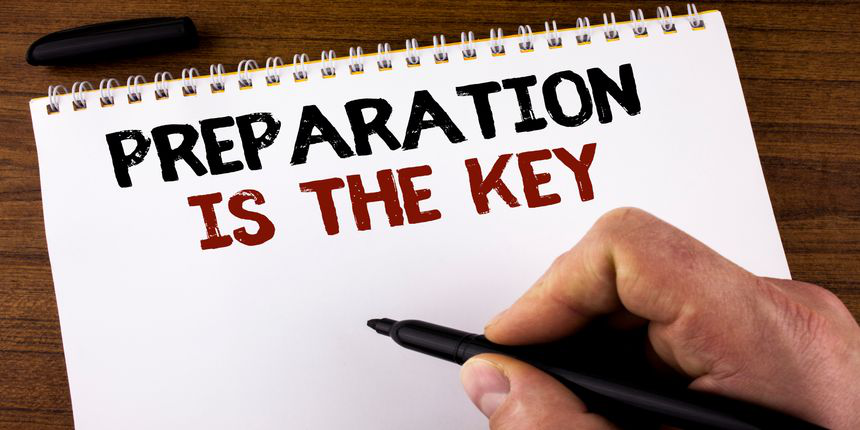 How to Prepare General Studies for SSC CHSL 2020

Listed down below are a few key points that you must know about while preparing for GS for SSC CHSL.

How to prepare general studies for SSC CHSL 2020? (General Tips)

Given below are some preparation tips for SSC CHSL exam

Tip 1: Get in the right mind frame- Set aside any distractions like your mobile phone and find the right place to study where you are not disturbed.

Tip 2: Start with preparing for the section that you find the most difficult- Start with your weakest subject so that you prepare for it with total interest. Prepare in the decreasing order of difficulty.

Tip 3: Spend an equal amount of time to study everyday- Build a routine. If you spend two hours to prepare for section, try to spend the same amount of time everyday.

Tip 5: Revise- Go through everything that you have studied multiple times so that you do not forget it.

It is imperative that you know the SSC CHSL exam pattern before you question how to prepare general studies for SSC CHSL 2019. Tier I exam is conducted online and only this stage of SSC CHSL has sectional division in the question paper.

It is essential that you only refer to the best books to prepare for SSC CHSL. If you pick outdated or unreliable books, it would not do any good and it will waste your precious time. Given below is a list of books on how to prepare general studies (gs) for SSC CHSL 2020. These are the books that you can rely on while preparing for this section.

Lucent’s General Knowledge book also contains practice questions in addition to general knowledge topics, facts and information on current affairs. While Manorama Yearbook publishes year-wise info of current happenings. Apart from these books you should also make it a habit to read the newspaper so that you don’t miss out on any valuable news and information. You can also download news applications like InShorts or Daily Hunt and subscribe to current affairs news channels on YouTube.

The best way to actually get the feel of the examination is to practice solving sample papers and SSC CHSL question papers of the past years. It would help you calculate how much time it takes to attempt the general studies section. It would also increase your speed with which you attempt the questions and once you get your speed right there would not be a risk of leaving any questions.

You should know about the cut off of SSC CHSL in order to plan out how many questions to attempt to score a certain number of marks. The cut off marks differ each year based on the number of vacancies, the difficulty of the exam and how many candidates appear for the exam. CUt off will be released along with the SSC CHSL Result 2020

You should know how to attempt the questions of the general studies section. Given below are some points that you should keep in mind while taking the exam