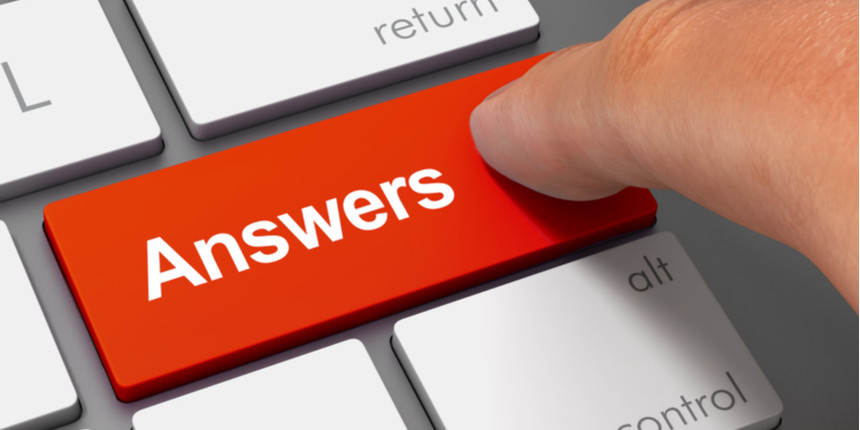 From the following table, candidates can download the unofficial answer key of NDA Maths 2023.

From the following table, candidates can download the unofficial and official answer key of NDA Maths 2023.

Step 2 - Go to the ‘Examination’ tab at the top of the home page.

Step 3 - In the 'Examination' tab drop-down menu a list will appear to click on the ‘Answer Key’ tab. Now, search for the NDA 2023 maths answer key.

Step 4 - Click on the answer key link and a PDF file will open. The pdf will contain answer keys for all four-set - A, B, C & D

UPSC will release the NDA 1 result in online mode on the official website. The UPSC 2023 result will be released in PDF format and contains the names and roll numbers of all qualified candidates. Only those candidates who score equal to or more than the cut off marks are considered qualified in the entrance exam. Candidates qualified as per the result will further have to appear for SSB Interview. UPSC will release the final result after taking the combined performance of the candidates in the written exam and interview round into consideration.

Question: Where can I find NDA answer key 2023?

Candidates can find the NDA 2023 answer key on the official website of UPSC.

Question: When the official NDA 2023 answer key is released?

The official answer key of NDA 2023 will be released a few days after the exam is conducted on the official website of UPSC.

No, NDA answer key is not released offline.

Question: On the exam day, where can I find NDA Answer key 2023?

On exam day, candidates can find the answer key of NDA 2023 from unofficial sources like major coaching institutes etc. These are memory-based answer keys.

Question: Is it possible for me to challenge the official NDA answer key 2023?

No, UPSC doesn't provide the facility for candidates to challenge the answer key.

Candidates can use the NDA 2023 answer key in two ways. one is to calculate the marks they might get in the exam based on the responses on the answer key and the second way is for preparation purposes.

Candidates can prepare for the NDA exam by going through the exam pattern and syllabus, planning the preparation strategy on the basis of the curriculum, downloading and solving previous year question papers etc.

Question: What is the level of maths in NDA?

The difficulty level of maths in NDA is 10+2 level, it is a bit on the tougher side. Candidates who have prepared well and have their concept clear, can qualify it.

Question: How many marks are required to clear NDA maths?

The minimum qualifying marks which candidates are required to score is 25%.

Yes the exam is tough, but not impossible to crack. The difficulty level is due to the competitive level of the exam and the dynamic nature of the question papers.