NDA Answer Key 2023 Set A/B/C/D - The Union Public Service Commission will release the official NDA 2023 answer key for sets A, B, C, and D in online mode on the official website - upsc.gov.in after the UPSC NDA exam process. Candidates will also check the unofficial NDA answer key 2023 by coaching institutes from this article. 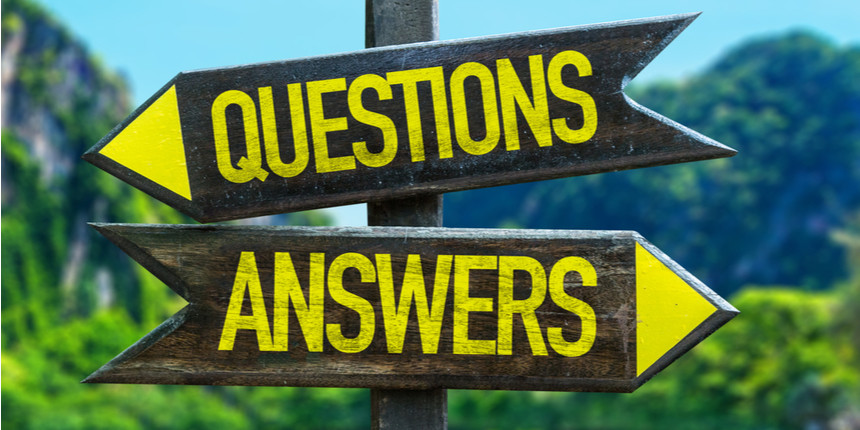 The unofficial set of NDA answer keys is released by the leading coaching institutes after the end of the exam. The table below contains links to download the unofficial NDA 2023 answer key for all sets.

The NDA 2023 answer key will be available in online mode only. The steps for downloading the answer key are mentioned below.

The NDA 2023 answer key will assist candidates in calculating the marks obtained in the exam. Candidates should be familiar with the NDA marking scheme and calculation process for the same purpose.

Mathematics: According to the NDA exam pattern, this section carries 300 points. Candidates will receive 2.5 marks for each correct answer. 0.88 marks will be deducted for each incorrect response.

GAT: The GAT section carries 400 points. Candidates who give correct answers will receive four marks. 1.3 marks will be deducted for incorrect answers.

The score can be calculated using the formula mentioned below.

Question: What kinds of questions will be asked in the NDA GAT?

The GAT in the NDA exam is divided into two sections. Part A consists of English questions, while Part B consists of Chemistry questions.

Question: Does the CDS exam have any negative marking?

Yes, negative marking is used in the CDS test. As a punishment for incorrect answers, 1/3 of the marks are deducted.

Question: How do I measure the likely NDA score?

By following the marking scheme, you can measure the likely ranking. The number of correct and incorrect answers will be used to determine the ratings.

Question: How do I access the NDA answer key?

You can use the NDA answer key to compare their exam responses. It will also assist you in calculating your likely ranking.

Question: Can I contest the official NDA answer key?

No, there is no way to question the NDA answer key. Candidates may lodge objections to the question papers through the QPRep portal.

Question: When will the official NDA answer key be made available?

Question: Where will I find the NDA 2023 answer key?

The coaching institutes make the NDA answer key accessible shortly after the test.