CDS Salary 2020: Candidates recruited through UPSC CDS exam are provided with one of the best compensations in terms of CDS 2020 salary. An aspirant willing to take the test might be interested in knowing the salary of CDS 2020 to get an idea of how much they will be paid after their selection.
The CDS Salary 2020 comprises various components like the basic salary, allowances and compensation associated with the post making their life financially secure. The allowances included in UPSC CDS officer salary 2020 are dearness allowance, flying allowance, dress allowance, transport allowance, field area allowance.
CDS 2020 is a two-stage exam consisting of a written test in pen and paper mode and an SSB interview. Candidates will be recruited as UPSC Commissioned Officers in the Defence after the successful conclusion of their training period in CDS. UPSC mentions the CDS pay scale 2020 in the detailed notification released for the recruitment.
Latest- The CDS II notification and application form released by UPSC on August 05, 2020. Check it here - UPSC CDS application form. The UPSC CDS 1 Result 2020 already declared. 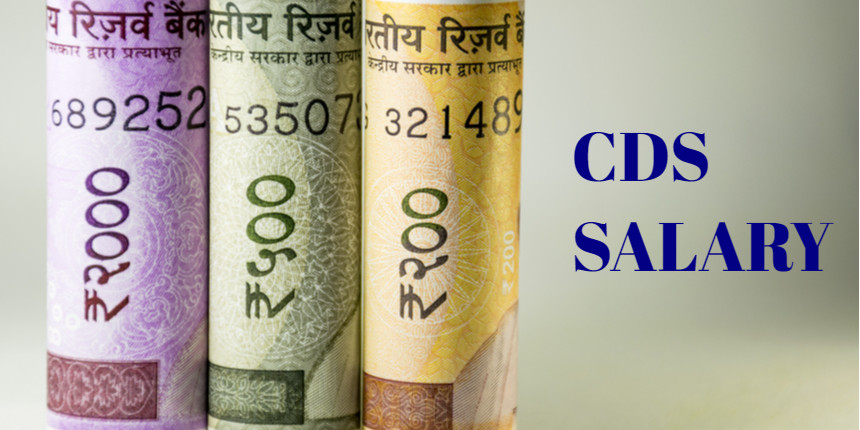 The official notification presents the pay scale for different ranks of UPSC CDS recruits. The grade pay of all the CDS officers varies according to the rank. Officers from the rank of Lieutenant to Brigadier are entitled to a fixed amount, MSP (Military Service Pay) during the entire service period along with UPSC CDS salary 2020. Moreover, cadets are also paid a monthly stipend of Rs. 56,100 for the training period in the service academies.

1. Flying Allowances: Pilots in the Army Aviation Corps are entitled to a flying allowance. The flying allowances are a fixed amount of Rs. 25000 per month for Lieutenants and other officers of higher rank.

3. Dress Allowance: This dress allowance is received as an annual amount of Rs. 20000.

4. Transport Allowance (TA): Officers recruited through UPSC CDS can either avail the office vehicle or use their own vehicle and receive the allowances.

5. Place of Post: CDS Officers receive a Field Area Allowance, High Altitude Allowance and Siachen Allowance as per the place of posting over and above the basic salary of UPSC CDS. This amount varies on the basis of ranks officers hold and their area of posting.

Intensive training is provided to the UPSC CDS recruited cadets. After the completion of the training period, an officer is posted as Lieutenant. Officers will be placed in the next higher grade after the end of each tenure of rank. An appraisal is indeed fair and transparent. The officers recruited through UPSC CDS have immense growth opportunities.

Question: What is the difference between CDS and OTA?

Combined Defence Service is an exam conducted by UPSC to recruit cadets as Commissioned Officers. While Officers’ Training Academy (OTA) is one of the academies in India for the CDS qualified candidates.

Question: Which academy is better? IMA or OTA?

Question: Is there any eligibility criteria for CDS?