RRB JE Cut off 2020 - RRB will release RRB JE 2020 cut off at its official website -www.rrbcdg.gov.in. The cut off of RRB JE 2020 will be released region-wise in PDF for all categories. RRB JE cut off 2020 will be released in three stages - CBT 1, CBT 2 and final cutoff. Candidates who clear RRB JE CBT 1 cut off will be called for CBT 2 of RBB JE exam. Railway Recruitment Board will release cut off of JE along with the declaration of RRB JE result. As per RRB JE notification last year a total of 14,033 vacancies were announced for Junior Engineer recruitment in various zones . On the basis of RRB JE 2020 cut off, the exam conducting authorities will call candidates 15 times the total vacancies announced. For more details, candidates can check RRB JE cut off 2020 from the article below. 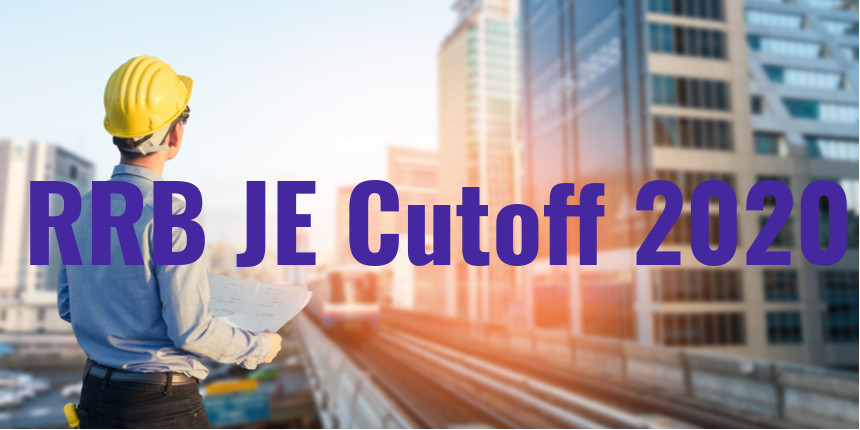 Step 2: Click on the region from where you have applied for RRB JE.

Step 5: Check your category cut off of RRB JE.

The paper 1 of RRB JE will be conducted for 75 marks. However cut off marks will be declared after normalisation out of 100. Candidates who clear the cut off mark for CBT 1 will be called for CBT 2. For more details candidates can check the table below.

Railway Recruitment Board JE CBT 2 will have questions from General Awareness, Physics and Chemistry, Basics of Computers and Applications, Basics of Environment and Pollution Control, Technical Abilities. CBT 2 will be conducted for 150 marks while final marks will be declared out of 100 after normalisation.

To get an idea about zone wise cutoffs candidates must check the RRB JE previous year cut off from the table given below.

Question: Is there any sectional cut off in the RRB JE exam?

Question: What is the qualifying percentage for the general category in the RRB JE exam?

General category candidates have to score at least 40% marks in CBT 1 and CBT 2 to qualify RRB JE.

Question: Which of the RRB zone has the highest cut off marks?

As per the last year cut off RRB Allahabad had the highest cut off marks.

Question: Does RRB release separate cut off of RRB JE for each category?