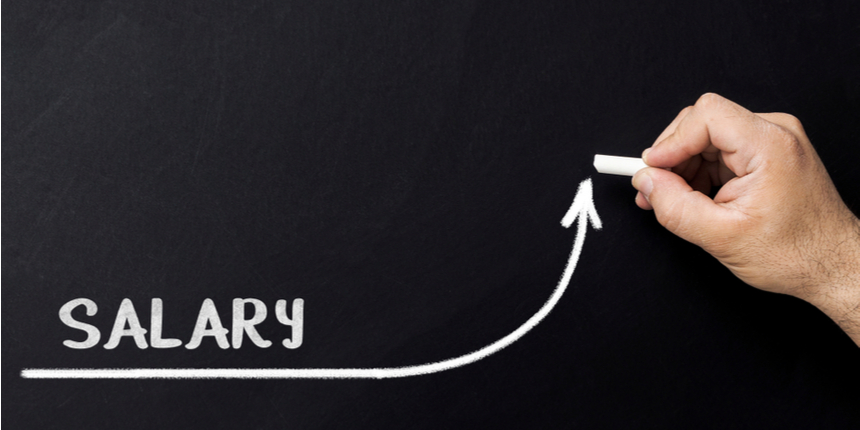 RRB NTPC Salary 2019 - Railway Recruitment Board (RRB) has determined the salary of all those candidates who will be qualify RRB NTPC 2019. The authority has determined RRB NTPC salary 2019 as per the posts available in this category. The salary of RRB NTPC 2019 is the foremost thing which the aspiring candidates want to know before they apply for the exam. RRB NTPC Salary 2019 is the monetary amount that will be paid to the candidates for their services rendered to the Railways.

RRB NTPC salary will be different for different posts available under this category - Under Graduate posts and Graduate posts. Depending upon the post preferences, candidates can go through RRB NTPC Salary 2019 in the article below.

Candidates appearing for the Graduate posts must go through the table below containing the salary of RRB NTPC 2019. The salary mentioned in the table contains the initial pay that will be paid to the qualified candidates.

All those candidates who will appear for the Undergraduate posts must go through the table below containing RRB NTPC salary.

RRB has announced various vacancies for RRB NTPC 2019. Candidates must go through the table below and vacancies for various graduate and undergraduate posts.

Showing 3 out of 3 Questions
33 Views

what is the exam date of railways ntpc

Hello,
.
RRB NTPC examinination Dates are not yet confirmed. It is just said the examination will be in the month of December and even it is not a confirmation.
.
It is advised to keep checking official Website of RRB. Here below is the link for official website.
.
http://www.indianrailways.gov.in
Read More
Answer
Answer Later
Report
12 Views

How to prepare for loco pilot exam

(2) psychological test :- This test is conducted to test your presence of mind and how quick you are at decisions making. It includes 5–6 tests each test may be of 5- 10 minutes .you have to be very quick for doing 50 questions in 5 minutes. There are books available in market for psychological test . One book I remember named VIDHYASAGAR . Only practice can lead you to success

how find the applications status

As per your requirement, i would say that whatever application status you need for whichever exam, you will get in its official site. Even if you have registered for the exam or course you will be notified through your emai id. Infact, you can get its notification and details on career 360 website itself after being released officially.