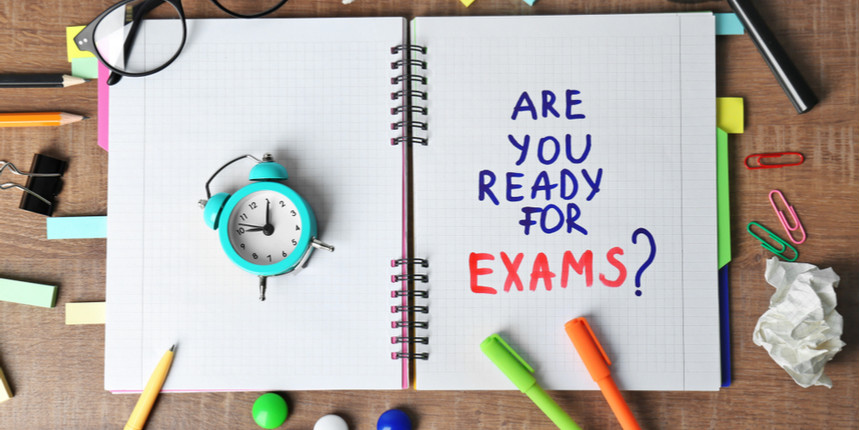 The exam authority has released the mains admit card of IBPS RRB for the post of Officers Scale I and single admit card II and III on September 30, 2019. BPS RRB admit card 2019 for all stages are issued online. To download the admit card, candidates need to login with the registration/roll number and password/date of birth. The admit card have details regarding date, time and exam centre. Apart from this, IBPS RRB 2019 admit card also carry candidates name, roll number, date of birth, category etc. The admit card of Office Assistant was released on July 26 while the same for Officer Scale I was issued on July 19. Earlier, pre-exam training call letter of SC/ST candidates for Office Assistant and Officer Assistant post were issued by the authority on July 15, 2019.

IBPS has declared the result of IBPS RRB for Officer Scale I for preliminary exam in online mode. Authority will issued the score card and cut off of IBPS RRB exam after few days of declaration of result. Candidates who have qualified the preliminary exam will be allowed to appear for the mains exam of RRB 2019. The result of IBPS RRB 2019 for mains & single level examination will be declared in October based on which candidates will be selected for interview for Officers Scale I, II, III posts. Candidates for Office Assistant posts will be selected for an appointment based on their performance in the mains exam. The final IBPS RRB result 2019 will be declared in January 2020. Based on the final result, candidates will be selected for bank allotment process. IBPS RRB result 2019 will be declared for only those candidates who will score sectional as well as overall cut off score as per their category. The corrected scores obtained by candidates in preliminary, mains and single level examination will be normalised using the equipercentile method to announce the result.

IBPS has announced the exam dates of IBPS RRB preliminary, mains and single level examination. All the important dates of IBPS RRB 2019 are given in the table below. Candidates should keep the exam schedule of IBPS RRB handy so that they do not miss any event related to the exam.

The application form of IBPS RRB 2019 was available in online mode from June 18. The last date for IBPS RRB application form and fee payment was July 4, 2019. Candidates had to apply online for the exam. The application fee which can be paid online was Rs 100 for SC/ST/PwD/EXSM candidates while that for all other categories it is Rs 600. The application process includes registration, uploading photograph, signature, thumb impression and a handwritten declaration, entering personal details, previewing of the application form, payment of fees and taking the printout of application.

The exam pattern of IBPS RRB 2019 provides details regarding the mode of exam, time duration, sections, total marks, weightage given to each section, negative marking etc. The first and foremost step towards exam preparation is understanding IBPS RRB 2019 exam pattern to get an idea of the overall structure of the exam. The exam pattern has been prescribed separately for preliminary, mains and interview. Candidates can check the exam pattern in the table below.

Candidates have to answer 40 questions each from Reasoning (50 marks), Computer Knowledge (20), General Awareness (40), Numerical Ability (50) and English Language (40) or Hindi Language (40), which makes it a total of 200 questions paper against 200 marks. Apart from the Language papers - Hindi/English, rest all sections can be answered in English or Hindi. The test has to be completed in composite 2 hours.

Candidates applying for Officer Scale II (General Banking/Specialist) and Officer Scale III have to only take one single online objective test which has the same pattern as mains exam except 2 sections. Candidates in single test have to take Financial Awareness in place of General Awareness (Mains exam) and Quantitative Aptitude & Data Interpretation in place of Quantitative Aptitude in mains exam. Apart from this, rest all pattern is same as mains.

The syllabus of IBPS RRB 2019 is not released by the examination authority. Based on the previous years’ question papers, the experts have compiled a few topics and sub-topics which candidates can use as IBPS RRB syllabus. With the help of the syllabus, candidates can prepare for the exam in a more strategised manner. The standard of questions that are asked in the exam are of graduation level. Some of the important topics that candidates should cover in each section are given below.

IBPS decides IBPS RRB cut off score to delimit the number of candidates for the next round of selection process. Candidates have to secure sectional as well as overall IBPS RRB cutoff to qualify each stage of exam. First, IBPS RRB 2019 cut off of preliminary exam will be declared in September 2019 and candidates who will score the cutoff marks will be selected for the mains exam. Candidates need to secure the overall and sectional IBPS RRB cut off 2019 in the mains exam and single level examination to qualify the exam and become eligible for the interview round. IBPS RRB cut off for mains exam will be declared in October 2019. The final allottment cut off for Officers Scale I, II and III is done based on mains exam and interview. On the basis of the cut off of mains exam, candidates for Office Assistant posts will be offered appointment. The final allottment cut off will be released in January 2020. The previous year’s state-wise IBPS RRB cut off of preliminary exam is given below.

Candidates under IBPS RRB recruitment are selected on the basis of mains examination and interview. Allotments in different RRBs is done on the basis of their ranks in merit list and post preferences. The IBPS RRB selection procedure for different posts is given below.

Office Assistants (Multipurpose): Selection for this post is done on the basis of only mains examination.

The participating banks list out the name of the RRBs along with their head office and state/union territories where candidates will be allotted to the posts of Officers Scale I, II, III and Office Assistant on the declaration of final result. There are total 45 IBPS RRB Participating banks. Candidates can check below the list of participating institutes.

The number of registered and appeared candidates in IBPS RRB in last two years are given below.

Question: How can I apply for IBPS RRB?

Question: How many times can I appear in IBPS RRB exam?

There is no limit in the number of attempts for the exam.

Question: What is the salary structure of IBPS RRB posts?

The post-wise salary structure of IBPS RRB is given below.