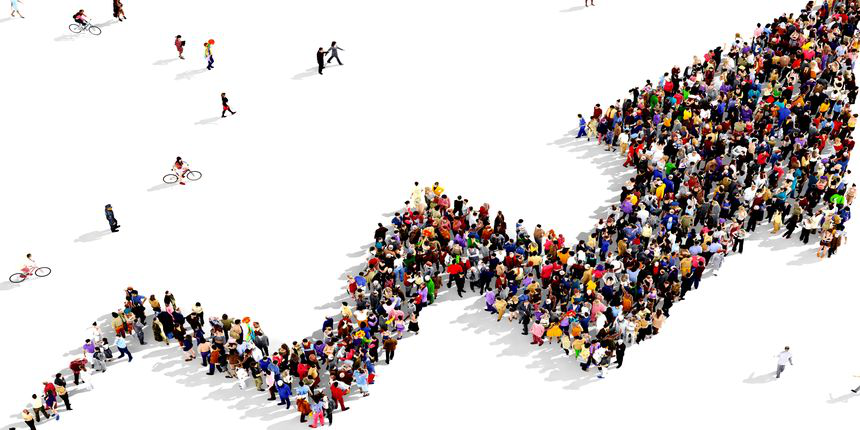 More number of candidates have been qualifying Central Teacher Eligibility Test (CTET) Paper I and Paper II since 2014. The official data by Central Board of Secondary Education (CBSE) reflects that while the number of candidates qualifying Paper I and Paper II of CTET has been on the rise since September 2014, it’s February 2016 when the exam saw 3.38 percent drop in the pass percentage of Paper II. Careers360 here analyses result data of CTET from 2011 to 2016 to bring the result trend for your easy reference.
Latest: The CTET application form 2020 will be released on January 24, 2020. CTET application fee increased from Rs. 750 to Rs. 1000.

According to CTET official data, from 2011 to February 2014, the number of candidates qualifying CTET has been reflecting inconsistency (with the pass percentage fluctuating backward and forward) ranging from 0.91 percent to 11.58 percent for both the papers. However, since September 2014, the test takers have been showing consistent improvement, except for February 2016 where the pass percentage fell by 3.38 percent for Paper II. Let’s see what the figures say about CTET Paper I and II since September 2014.

Since September 2014, candidates, who have taken CTET Paper I, have been recording better performance till February 2016. Earlier, where the pass percentage of CTET Paper I was 9.13 percent in June 2011, it dropped to 5.34 percent in the exam held in January 2012. This is close to 4 percent drop compared to June 2011. Further, November 2012 reflected the worst figures where merely 0.91 percent candidates could make it to the cut off of CTET Paper I. However, in July 2013, the test takers fared batter by showing promising figures with 11.58 percent candidates qualifying the paper I of the examination. The next year, in February 2014, the figures again dropped to 3.39 percent. However, this was the year where from September 2014 the candidates started showing better result than the previous years.

CTET is held twice a year to test candidates on their teaching ability. The exam is conducted for Paper I and II. Paper I is held for candidates who want to become teachers of Classes I to V, while Paper II is for those candidates who aspire to be teachers of class VI to VIII. Candidates, who wish to be teachers from class I to VIII have the option of applying for both the papers - Paper I and II. Qualified candidates are eligible to apply as teachers in schools under Central Government schools like Kendriya Vidyalaya Sangathan (KVS), Navodaya Vidyalaya Samiti (NVS), Tibetan School etc and schools under the administrative control of UTs and unaided private schools. Qualified candidates are issued CTET Eligibility Certificate which remains valid till seven years from the date of declaration of result.

CTET Cut off 2020 -Candidates will be able to check the qualifying and admission cutoff of CTET 2...

How to Prepare for CTET 2020 - Know the right preparation tips and tricks while preparing for CTE...

deled from nios is vailid for ctet or not.please ansr me.

Yes, you can give CTET, the NIOS board education is also valid for CTET. The candidates who all are completed diploma in elementary education (D.EL.Ed) can give central TET examination. NIOS candidates will be treated equally as any other candidate who passed from a regular school recognised by the Govt. There is no impartial justice rendered there.

As per the notification for CTET, a candidate can apply if they're in final year of two year diploma in elementary education. So,you can apply if you're in final year of D.El.Ed. In addition to this,one needs to have passed higher secondary with a minimum of 50% marks, there's relaxation of 5% for reserved category.
Read More
Answer
Answer Later
Report
2 Views

is nios deled deploma vailid for ctet or not?

D.El.ED course is an 2 year course with 4 semesters which gives training to the teachers especually to teach in primary schoop and National school of open learning provides this diploma.

CTET is the national level exam for teaching in elementary and primary children and it has 2 papers.

What is the validity period of CTET certificate?

There are two criteria under which a CTET certificate is valid:

P.S. : There is no restriction on a number of attempts and also CTET qualified person can appear to the exam for improving his/her score.

I made a mistake in ctet application form by choosing wrong exam city. How to change?

Once the application form is submitted, no further changes are permissible unless authorized by the exam conducting authority i.e. CBSE. For complete clarification, candidates can refer to the Information Bulletin which will be released by CBSE January 24, 2020. This Information Bulletin will contain all the details of examination, languages, syllabus,  eligibility criteria, important dates, examination fee and examination cities etc. Candidates can fill the application form of CTET 2020 from January 24, 2020.

View All Questions
Have a question related to CTET ?

Your CTET brochure has been successfully mailed to your registered email id .