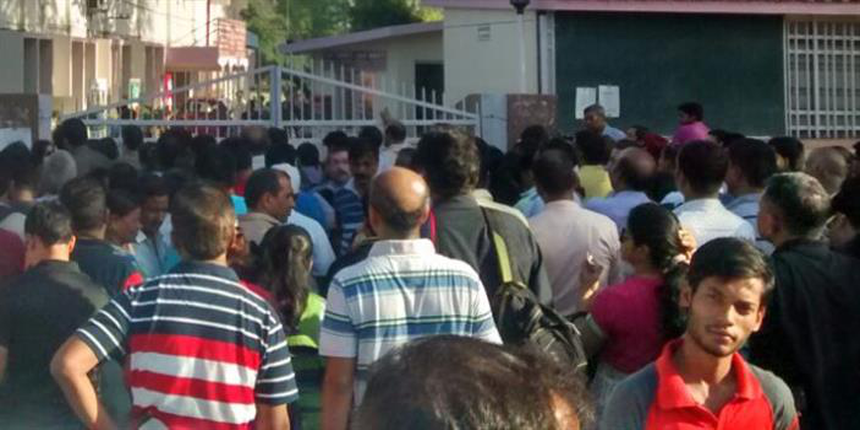 Previously, IBPS released the RRB 2021 admit card for the mains exam for Officers Scale 1 on the official website. Candidates who successfully submitted the application form and have cleared the prelims the exam can were able to download the IBPS RRB admit card 2021. IBPS released the IBPS RRB 2021 Clerk result on September 3, 2021 while. The scorecard of RRB Officer Scale 1 exam was released on August 30, 2021. IBPS declared the RRB Officer Scale 1 result for preliminary stage on August 24, 2021. Candidates can visit the official website to check the scorecard in login mode on the official website.

What is the full form of IBPS RRB?

The full form of IBPS RRB is the Regional Recruitment Board recruitment exams conducted by the Institute of Banking Personnel Selection. The IBPS RRB exam is conducted for the different posts that are office assistant, officer scale - 1 , Officer Scale - II &III. As per the IBPS RRB full form, IBPS covers all the participants regional rural banks of India.

IBPS has declared the Clerk/Office Assistant final result on January 1, 2021 online on the official website. IBPS announced the IBPS RRB 2021 mains result for Scale 1 officers as well as single exam result for scale II and III on October 13, 2021. The IBPS RRB 2021 result has been released in online mode on the official website ibps.in. The scores obtained by candidates in preliminary, mains and single-level examination will be normalised using the equi-percentile method to announced the result. Earlier, IBPS released the RRB Clerk scorecard on September 7, 2021.

In order to qualify the IBPS RRB 2021, candidates need to secure the minimum cut off marks prescribed by IBPS qualify each stage of the exam. IBPS has released the IBPS RRB 2021 cut off for preliminary exam first and the candidates who can cutoff marks appeared for the mains exam and then for subsequent stages. The previous year’s state-wise IBPS RRB cut off of the preliminary exam is mentioned in the following table:

IBPS RRB 2021 Exam Day Guidelines In the wake of COVID19

IBPS doesn't release the syllabus of RRB. Candidates can study from previous year question papers from where you can get an idea about the questions which will be asked in the exam. With the help of these candidates can prepare for IBPS RRB in a more strategised manner. The standard of questions that are asked in the exam is of graduation level. In the following table we have shared some important topics related to each section of the IBPS RRB exam:
Sections and Topics of IBPS RRB 2021

The conducting authority provides the online mock test on the official website for Office Assistants (Multipurpose) and Officer scale - I. The mock test will help the students to know latest exam pattern and types of question that will be asked in IBPS RRB exam along with time policy of exam. Candidates need to visit official website and login in with registration number/roll number and password. The IBPS RRB mock test has total time duration of 10 minutes. It will also help the candidates to increase their speed and accuracy.

IBPS prescribes the eligibility criteria of IBPS RRB 2021 which contains the criterion related to age, educational qualification and nationality. Candidates who want to appear for the exam must fulfil these parameters or else their application will be rejected. In the following table, we have shared the post-wise eligibility criteria of IBPS RRB 2021. Candidates are advised to check it before applying for the exam.

The IBPS RRB exam is conducted for Group A-Officers posts (Scale I, II & III) and Group B - Office Assistant (Multipurpose) in 45 Regional Rural Banks. IBPS RRB 2021 is an online test conducted in three phases – preliminary, mains & single level examination whereas interview is conducted for the posts of Officers Scale I, II and III.

The application fee varies for SC/ST/PwD/EXSM candidates and for other categories. The IBPS RRB 2021 application process includes registration, uploading photograph, signature thumb impression in scanned format, a handwritten declaration, entering of the personal details, previewing of the application form, payment of fees and taking the printout of application.

IBPS has released the revised vacancies for the IBPS RRB officer scale I, II, III and Office Assistant posts in Regional Rural Banks. Earlier, there were almost 10,166 vacancies released in the official notification. Students can check the IBPS RRB vacancies in the table below.

IBPS has listed out various venues and where the IBPS RRB 2021 exam is conducted. The centres are separate for preliminary as well as mains exams. While filling the application form, candidates have to choose the city and not the centre from where they wish to appear for IBPS RRB. The exact details like the centre, centre code and the address of the exam centre is mentioned in the admit card of IBPS RRB.

The examination authority allots IBPS RRB 2021 exam centres to candidates based on their preferences. However, IBPS also reserves the right to allot or change the city apart from the one chosen by the candidate. In the following table, candidates can check the IBPS RRB exam cities where the preliminary, as well as the mains exam, was conducted.

Candidates under IBPS RRB recruitment are selected on the basis of their performance in the preliminary exam, mains exam and interview round. Allotments in different RRBs are done on the basis of candidate's ranks in the merit list and post preferences. The IBPS RRB selection procedure for different posts is given below.

The participating banks list out the name of the RRBs along with their head office and state/union territories where candidates will be allotted to the posts of Officers Scale I, II, III and Office Assistant on the declaration of the final result. There are a total 45 IBPS RRB Participating banks. Candidates can check below the list of participating institutes.

The number of registered and appeared candidates in IBPS RRB in the last two years are given below.

Question: What is the IBPS RRB?

IBPS RRB is the recruitment exam conducted to recruit the personnel's in the Regional Rural Banks.

Question: Who will conduct the IBPS RRB 2021?

The IBPS RRB exam is conducted by the Institute of Banking Personnel Selection (IBPS).

Question: What is the minimum age limit for IBPS RRB 2021?

Question: How many posts will be available under the IBPS RRB recruitment ?

Question: What is the minimum educational qualification for IBPS RRB 2021?

Question: What is the IBPS RRB selection procedure?

Candidates who want to crack the IBPS RRB 2021 exam need to appear for the prelims, mains and interview round. There will be no interview round for IBPS RRB office assistant.

Question: When will the IBPS RRB prelims exam 2021 be conducted?

Question: I'm in final year of graduation. Can I apply for IBPS RRB 2021?

Yes, definitely you can apply for IBPS RRB 2021. However, candidates need to present the final result marksheet at the time of document verification.

Question: When will the IBPS RRB notification 2021 be released?

The IBPS RRB notification 2021 was released on June 7.

Question: When is the IBPS RRB 2021 application process set begin?

Question: When is the IBPS RRB 2021 prelims call letter going to be released?

Question: What is the number of IBPS RRB 2021 vacancies announced?

A total of 12,958 vacancies are to be filled by the IBPS RRB recruitment process 2021, as per the updated notification released on June 17.

IBPS will release the application form for ibps rrb 2022 exam....

How to prepare for IBPS RRB 2022 Quantitative Aptitude Section...

How to prepare for IBPS RRB 2022 Quantitative Aptitude Section...

See for the examinations you have mentioned the age limit is 20 to 28 for the Clerk examination and for PO its 21 to 30. Now if we add the age relaxation of 5 years as SC category, then the upper age stands for 35 years. Now you are at the age of 32 years +. So you are eligible for the IBPS PO, RRB, SBI PO and you have only one attempt left for the SBI CLERK, RRB CLERK.

To know more about SBI PO visit the link below:

To know more about IBPS RRB visit the link below:

I hope this answer helps. All the very best for your future endeavors!

The age wise eligibility criteria for IBPS Examination is as following -

- The Upper Age limit for the Examination is fixed at 30 years but certain candidates have been provided relaxation.

-SC/ST and OBC candidates can apply for a maximum of two cumulative exemptions.

- If an ST candidate also has a physical disability, then a maximum of 15 years will be relaxed for the upper age limit. No other exemptions will be allowed.

- Candidates need to produce certificates affirming their exemption category during the time of the interview to be eligible for the bank PO post.

----- Since you would turn 33 this year, you sare still eligible for the IBPS Examination.

Academic eligibility criteria is as following :

The institute specifies that candidates who wish to appear for the IBPS PO exam should at least have a Bachelor’s degree from a recognized university.

I hope you find the answer helpful.

IBPS RRB official notification had already released for this year on 7th June regarding the recruitment of office assistant and officer scale I, II, III. Exams too have been successfully conducted regarding this for the first phase and the second phase is to be conducted on 17th October for Office Assistant and on 25th September for Officer post, you can explore more detailed information regarding this at https://www.google.com/amp/s/competition.careers360.com/articles/ibps-rrb/amp
Read More
Answer

there is spelling mistake in my name on the application form of Ibps rrb exam , Is there any issue for writing the exam

Spelling mistake in the application form means spelling mistake in the admit card as well. There might be problem since they check your admit card with your valid identity proof before letting you enter. Moreover if you are selected there might be problem later too. Prepare an affidavit for name correction from a notary office before the online exam if you can.

Hope this was helpful.

Let me know if you have any other query.

Help us to help you.

By Signing Up, you agree to our Terms & Conditions