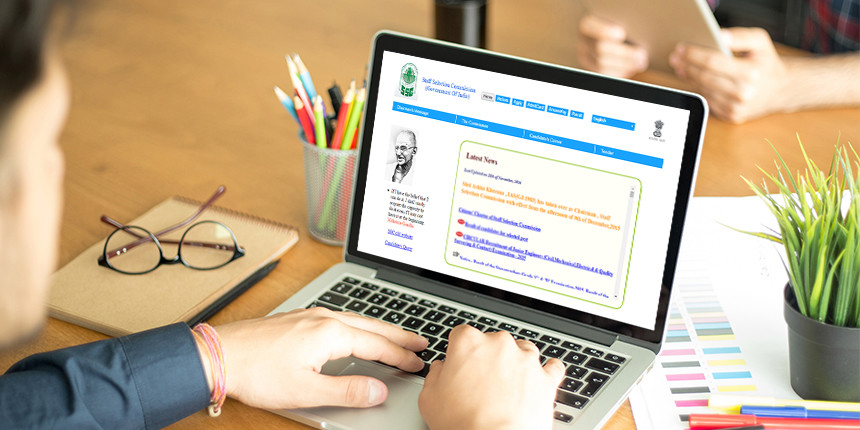 SSC MTS Result 2019 - Staff Selection Commission (SSC) has released the scorecard of SSC MTS 2019 result for tier 1 in online mode on November 20 at ssc.nic.in. Candidates can check SSC MTS 2019 scorecard by logging in their account using registration ID and password. SSC had previously released an additional list of 9551 candidates who were shortlisted in SSC MTS result of paper-I on November 11, 2019. As per SSC MTS result all 1,11,162 qualified candidates in paper -I will now have to appear for paper II. This year, for SSC MTS authorities have announced a total of 5415 vacancies for the candidates under the age group of 18-25 years while 1684 vacancies have been announced for candidates under the age group of 18-27.

Candidates have to use the following steps to download the result of SSC MTS 2019.

The authorities has released cutoff marks for each age group and category along with the SSC Multi Tasking Staff result. SSC MTS exam for Paper II will be held on November 24 for candidates whose names are mentioned in the SSC MTS paper I result. Candidates who will appear for the Paper II exam can check their result of SSC MTS 2019 tentatively in December. Thereafter the final SSC MTS result 2019 and score card can be downloaded by candidates using their registration/roll number and password/date of birth. Around 38.58 lakh candidates had registered for the SSC MTS exam out of which 19.18 lakh appeared for SSC MTS 2019 Paper I conducted from August 2 to September 6.

The following details will be mentioned in the result of SSC MTS 2019 exam. 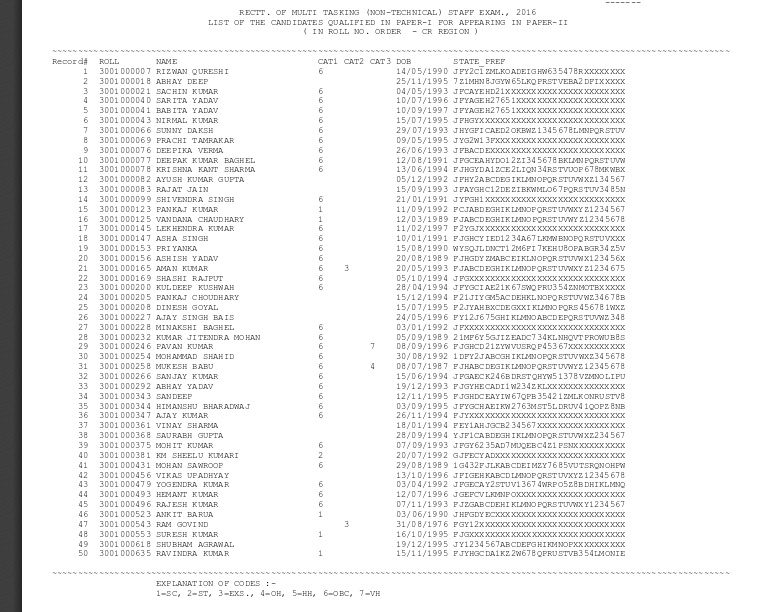 In the case of two or more candidates getting the same marks, the following tie-breaker methodology will be adopted in the given order.

1. Vacancies for the MTS exam have been announced by SSC in two age groups as given below. For candidates who fall into both groups, the selection will be offered to the younger candidates falling between 18 to 25 years.

As per SSC MTS 2016-17 exam, a total number of 19,96,411 candidates appeared in the examination. The category-wise number of qualified candidates of paper I is given below.

SSC MTS Paper I Cut off ranges around 76 - 110.00 to be eligible for Paper II. The authorities will soon announce SSC MTS cutoff 2019 for each category and region, Candidates can check below the previous year’s SSC MTS cut off.

Question: How many vacancies will be filled through SSC MTS?

More than 10,000 vacancies are expected to be filled through the SSC MTS exam for the various Multi Tasking Staff positions.

Question: Will the marks of SSC MTS Paper I be announced in the SSC MTS result 2019?

The marks may not be announced if past trends are noticed. Candidates whose roll numbers are listed in the Paper I will be deemed eligible for Paper II of the exam.

Question: Can I challenge the SSC MTS result?

No. There is no provision to challenge the result of SSC MTS 2019. Candidates have to accept the result announced as final.

Question: Will SSC release my score card along with declaration of the SSC MTS 2019 result?

No. The result will be first declared by the Staff Selection Commission. After a few days, the score card will be available for download by qualified candidates.

Candidates preparing for the exam should note that SSC MTS Salary structure includes both Gross Salary and In-Hand Salary. The job role of Multi Tasking Staff is a Central Government service Group 'C' non-gazetted, non-ministerial post which comes under Pay Band of (Rs.5200 – 20200) + Grade Pay Rs.1800. SSC MTS salary varies city wise, the gross salary in X group of city is 23670, in Y group it is 21780 while in Z city it is 20370.