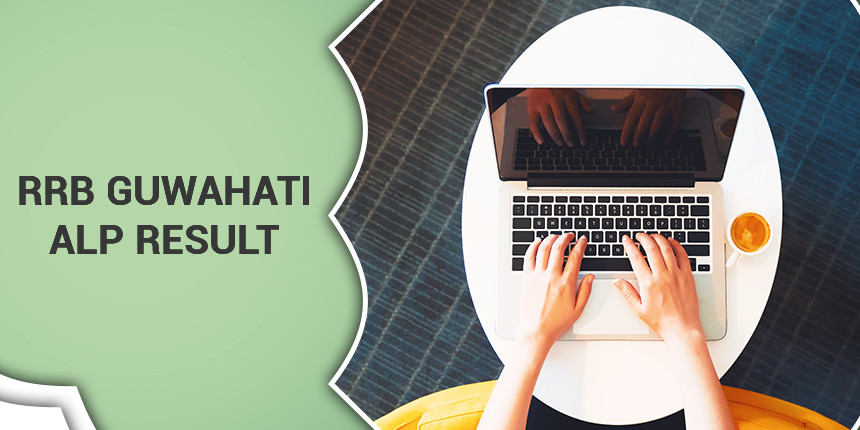 Applicants can check RRB Guwahati ALP result 2020 for different stages in the steps given below.

Those who qualify the RRB exam will note that below given things will be available in the ALP results.

The Railway Recruitment Board of Guwahati prescribes the marking scheme. Candidates can check the methodology to calculate the score of RRB ALP exam.

The authorities of Guwahati will calculate the CBT 1 result of ALP from a total of 75 marks. The RRB ALP 2020 result will include the roll number of successful candidates. The railway board will first calculate the final marks from the raw marks by following the normalisation process. 15 times to the total number of vacancies of Guwahati region will be eligible to appear for the second stage.

The second stage RRB ALP exam is divided into two parts - A and B. Aspirants have to secure the passing marks in both parts of the exam. The marks of part A will be added in the result making as part B of CBT exam is of qualifying nature only.

The Computer Based Aptitude Test (CBAT) is conducted for ALP post only. The authorities will shortlist the candidates 8 times of the total number of vacancies. Those who qualify RRB CBAT test will be invited further for document verification (DV) process.

Applicants who qualify the RRB ALP exam will further have to appear in the documentation process of Guwahati region. The RRB ALP final merit list will be calculated by giving 70 % weightage to the Part A of second stage CBT and 30% weightage to CBAT. Only those applicants will be eligible to be appointed who qualify in the medical & d v process.

The regional board of Guwahati will take into consideration tie breaking policy to calculate the ALP result. As per the RRB tie-breaking policy if two applicants secure the same marks in ALP exam then applicants who will be older in age will be given priority over other candidates.

To check RRB ALP different region results for other regions, applicants can check the below mentioned result link.

Question: How can I check the result of the RRB Guwahati ALP exam?

You can check the result either from the above given links or from the official website of the region.

Question: What is the salary of an ALP officer as per 7th pay commission?

Question: What do you mean by RRB ALP CBT?

Applicants should note that CBT stands for Computer Based Test. There are two types of CBT tests in the RRB ALP exam.

Question: In how many stages will the RRB ALP 2020 result be declared?