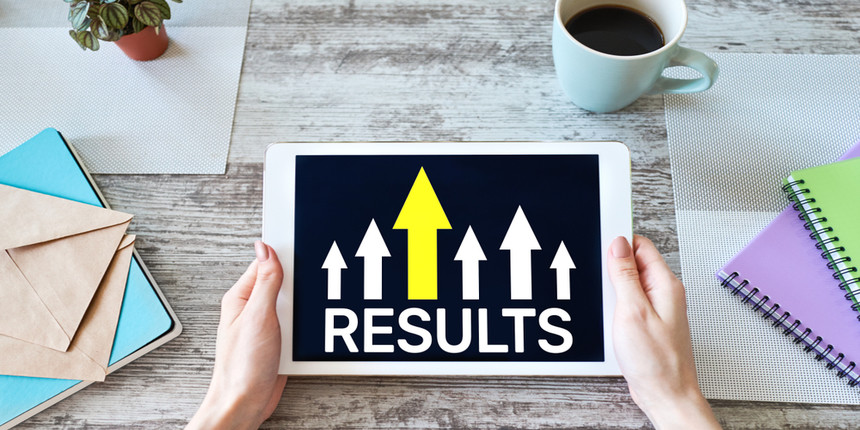 Previous year facts - According to the result of CBT 2 of RRB Jammu ALP a total of 2351 candidates qualified for CBAT. Candidates as many as 23675, were selected for the CBT 2.

In the following table, candidates can check the dates related to the RRB ALP Jammu result.

Step 1: Click on the link 'result of RRB Jammu ALP 2020' (The link will be activated once the result is declared)

Step 2: In a new page, the result PDF will open

Step 3: Click on CTRL+F and check your roll number

Step 4: Download and save the result PDF for future reference.

How to Check the RRB ALP Scorecard?

RRB releases the scorecard along with the CBAT result. To check the scorecard, candidates must use their login credentials - user ID/registration number and password/date of birth in the scorecard login window on the official website. The scorecard will contain the test battery wise marks scored by the candidates in CBAT.

The first stage of the exam is CBT 1 which is also known as the screening test. RRB will not consider the marks obtained by candidates in the CBT 1 while making the final merit list. Candidates qualifying CBT 1 as per the RRB Jammu ALP 2020 result, can appear for CBT 2.

The second exam as per the selection process of RRB is the CBT 2, which is conducted in two parts – Part A and B. Marks scored by candidates in Part A will be considered to shortlist them for next stage, while Part B is just qualifying in nature. During the preparation of the final merit list, marks obtained by candidates Part A will be considered.

The third stage of the RRB ALP selection process is the CBAT. In this stage, candidates appearing for Assistant Loco Pilot will be invited. On the basis of marks secured by candidates in Part A of CBT 2, candidates 8 times the number of ALP vacancies will be selected to appear for CBAT. CBAT includes five test batteries and candidates have to secure a minimum of 42 marks in each battery test to qualify. Candidates qualifying CBAT will be shortlisted for Document Verification.

RRB will declare the final result of RRB ALP 2020 Jammu after the DV is conducted. For Technician posts, the result will be announced on basis of marks secured by them in RRB ALP Part A of CBT 2, while the final result of RRB Jammu ALP 2020 for ALP candidates will be calculated on the basis of marks obtained by them in Part A of RRB ALP CBT 2 and CBAT. However, to be considered for the final recruitment candidates will have to qualify Part B of CBT 2. The merit list will be prepared by RRB Jammu by providing 70% weightage to Part A marks of CBT 2 while 30% weightage will be allotted to CBAT.

During merit list preparation if there comes a situation when 2 candidates have scored the same number of marks, the candidate who is older in age will be placed higher in the merit list. The younger candidate will be placed on a lower rank. The tie-breaking procedure will be put into use during Document Verification.

CBT 1 is held for 75 marks. Candidates will be allotted 1 mark for each correct answer while 1/3 marks will be deducted for incorrect answers. The score will be calculated on the basis of the number of correct and incorrect responses. RRB also uses a normalization process to calculate the scores of candidates.

The cutoff of RRB Jammu ALP 2020 released along with the revised result. Candidates need to score equal to or more than the prescribed RRB ALP cut off marks 2020 to qualify. The number of candidates, total number of vacancies released and the difficulty level of the exam are the factors considered while preparing the cut off marks. RRB Jammu releases separate cut off for all stages of the exam. Candidates securing cutoff in CBT 2 Part A and Computer-Based Aptitude Test (CBAT) will be called for document verification. The total number of candidates selected for DV will be equal to the number of vacancies available for the posts. After the DV, RRB Jammu will release the final merit list.

Question: How can I check the RRB Jammu ALP result 2020?

The RRB Jammu ALP 2020 result can be checked from the links mentioned in this article or by visiting the official website of the respective RRBs.

CBT stands for Computer Based Test. There are 2 CBT tests in RRB ALP.

Question: In how many stages will the RRB Jammu ALP 2020 result be declared?

After the DV is conducted. The final RRB Jammu ALP result 2020 and merit list will be released. Candidates qualified as per the final result of RRB Jammu ALP 2020 will be recruited for the vacant positions.

The salary is close to 20000 while in-hand salary can be around 30000-35000 approx. There are various other benefits and allowances apart from the salary as well.