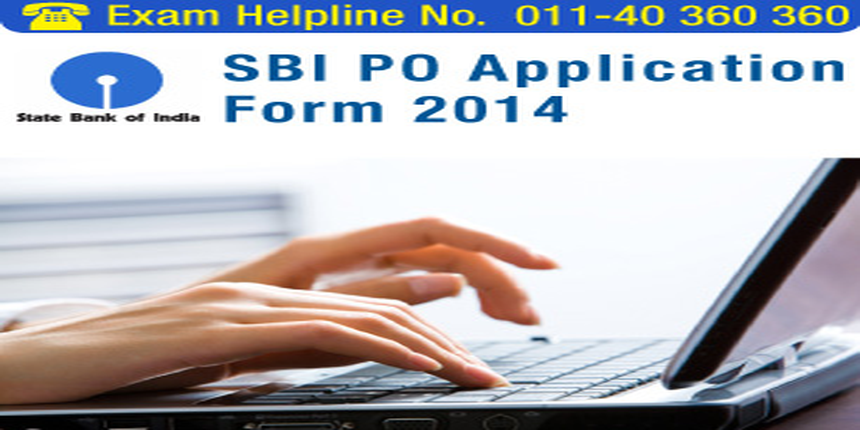 According to the notification issued by the SBI, the candidates filling up online SBI PO 2014 Application Form must have a valid email ID and it should be active till the declaration of result. The applicable application fee can be paid through payment gateways or through challan.

State Bank of India notified the dates of the application for SBI PO 2014 earlier in April to fill as many as 1,837 vacancies of Probationary Officers. Out of the total vacancies, 758 vacancies are for General candidates, while 235 for SC, 439 for ST and 405 vacancies are for OBC categories, according to the notice attached with SBI PO 2014 Application Form.

Admit Card is now available for downloading since May 30. The exam has been scheduled to be held in a 15-day window from June 14 to June 29.

With the announcement of the SBI PO 2014 Application Forms, the bank also notified the Important Dates as well as Paper Pattern and Selection Process.

The age criteria for this exam is that candidate must be of 21 years old and should not be more that 30 years.

the best online coaching for SBI PO and clerk

If you are looking for the online coaching you can follow the link provided by me to crack your exam.

https://learn.careers360.com/test-series-s-chand-sbi-po/?icn=sbi_po&ici=exit-intent Here you can get the study materials and attend the mock tests for making a review of your preparation.It provides you with great solving and tests to improve your selves.I think you can go for it to make yourself better.

Notification of SBI PO 2020 has not been released yet officially. The application forms are expected to be released in April.

Preliminary exam is conducted in the second week of June.

There is no any minimum marks mentioned to apply for SBI PO. As per the eligibility, You must hold a graduate degree or equivalent examination from a recognized University or by the Central Government.

To check the further eligibility you can go through with the given below link.

In order to crack the sbi po exam 2020, the books that you can refer to score good marks are-

I hope it helps and all the best for the exam.