SSC CHSL 2021 - Staff Selection Commission has released the revised SSC CHSL 2021 result for Tier-2 on January 3, 2022 online on the official website. According to the exam dates of SSC CHSL 2021, the tier II exam will be conducted on January 9, 2022. 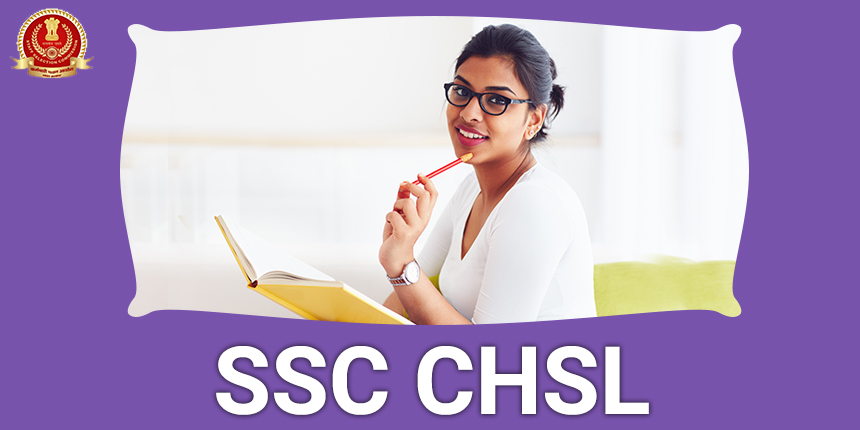 The authorities have released the final answer key of SSC CHSL in online mode on November 5, 2021. Earlier, SSC has declared the CHSL tier 1 result for the 2020 session on October 27, 2021. The scorecard of qualified/non-qualified candidates will be uploaded on November 05. This facility would be available to view from November 5 to 25. Candidates can check their individual marks using their registration number and password and clicking on result/marks tab on the candidate dashboard.

Earlier, SSC has released the dates of the SSC CHSL result declaration on September 7, 2021. As per the dates, the Combined Higher Secondary (10+2) level 2018 (Final Result) and 2019 (Tier-II) was declared on September 30, 2021. The SSC CHSL exam for tier I was conducted from August 4 to 12, 2021. SSC CHSL notification was released on November 6, 2020. Applicants appearing for the SSC CHSL examination have qualify all the three stages of the CHSL exam to eligible for SSC CHSL posts. For more information on the SSC CHSL 2021 read the article below.

What is SSC CHSL?

The SSC CHSL exam is a national level exam conducted by SSC on pan India level. The full form of SSC CHSL is Staff Selection Commission Combined Higher Secondary Level Examination. The SSC CHSL is conducted to recruit candidates for posts such as SA, JSA, LDC, PA, and DEO in various departments/offices/ministries under the Government of India. All posts offered through SSC CHSL exam carry All India Service Liability (AISL), means if a candidate is selected they may be asked to serve anywhere in the country for the above mentioned posts.

The SSC CHSL application form was released on November 6, 2020. To know about important SSC CHSL exam dates check the table below.

The revised SSC CHSL 2021 tier 1 result has been declared in online mode by the Commission on December 3, 2022. The scorecard of qualified/non-qualified candidates will be uploaded on November 05. This facility will be available to view from November 5 to 25. Candidates will be able to check their individual marks using their registration number and password and clicking on result/marks tab on the candidate dashboard. SSC declares the CHSL 2021 result separately for all three stages of the SSC CHSL 2021 selection process. The final SSC CHSL result has been declared in online mode on the SSC website. The final SSC CHSL merit list is based on marks secured by the candidates in the CHSL tier 1 and 2 exam.

The SSC CHSL 2021 cutoff will be released along with the CHSL 2021 result on the official SSC website. SSC releases the CHSL cutoff separately for every stage of the SSC CHSL exam for shortlisting candidates for the next round. CHSL cutoff is the minimum mark required by candidates to qualify a particular stage of the SSC exam and move on to the next stage. The final SSC CHSL 2021 cutoff will be released by the Commission after the skill/ typing test to recruit candidates for different SSC posts.

As SSC CHSL is a national level examination conducted by the SSC, It is conducted in 146 different major cities spread all over the country in 28 states and 8 UTs. The number of SSC exam centres in a particular city may vary depending on the number of candidates that have opted for that city. The SSC CHSL exam centre choice is to be filled by the candidates while filling the CHSL 2021 application form. The actual allotted CHSL exam centre choice will be made clear to the candidate after the release of the SSC CHSL admit card.

For more information on the SSC CHSL 2021 eligibility criteria, candidates can refer to the official SSC CHSL notification 2021.

The SSC CHSL 2021 exam is held every year by the SSC for recruitment of eligible and qualified candidates for different SSC CHSL posts like Lower Divisional Clerk/ Junior Secretariat Assistant, Postal Assistant/Sorting Assistant and Data Entry Operators in different Government Departments and ministries. SSC CHSL is a three stage recruitment process - CBT (objective type), written test (descriptive type) and skill/ typing test, candidates clearing all the stages of CHSL 2021 exam will be recruited to one of the above mentioned CHSL posts.

How to fill the SSC CHSL 2021 application form?

Question: What is the minimum age to apply for the SSC CHSL exam?

The minimum age to apply for the SSC CHSL exam is 18 years.

Question: What are the best books for SSC CHSL exam preparation?

To know about the best books for SSC CHSL 2021 exam preparation - Click Here.

Question: What is the frequency of the CHSL exam?

SSC conducts the SSC CHSL exam once every year.

No, the SSC CHSL exam is not very difficulty level and the difficulty level of question paper is usually easy to moderate level. However, due to a lot of candidates applying for it becomes competitive.

Question: How many vacancies are released for SSC CHSL exam every year?

The approximate number of vacancies released under the SSC CHSL is between 3500-4000.

Question: What is the SSC CHSL syllabus?

The SSC CHSL is mentioned in the official notification and consists of the subjects, topics and sections of the SSC CHSL exam on which the question paper is based. As per the syllabus, these are the subjects English, Quantitative Aptitude, General Intelligence and General Awareness on which the exam will be based.

Yes, some questions are repeated in the SSC CHSL exam. To know the exam year of which question appeared in whichever year, candidates can refer to some of the preparation books which shares the information.

How to crack SSC CHSL - Know some of the important tips to cra...

Before filling the admission form , look out the eligibility criteria so that you will not be disqualified. If you are not eligible then you application form will be disqualified.

To know more about this exam , go through the given link:

I hope this will be helpful for you.

You will attain 18 years as on 5th December of this year, if we go through the previous year official notification of SSC CHSL, then candidates need to attain 18 years as on 1st January of the appearing year which you will attain by 1st January, 2023 hence you can apply for upcoming SSC CHSL for which notification is expected to be out by 5th Nov, the conducting authority SSC in this case provides a duration of one month for form fill-up process, also you need to meet the following criteria for educational qualifications as well;

visit our page at https://competition.careers360.com/articles/ssc-chsl-eligibility-criteria to know more details regarding this.

You are eligible for CHSL 2023 as you will attain 18 year
on 5 dec 2022 which is required eligibility for general candidates. Further 3 years relaxation will be given to OBC and 5 years to SC and ST. Physically  handicapped have been given 13 years age relaxation.

To be eligible for SSC CHSL 2023 the following criteria must be fulfilled-:

For the OBC candidate 3 years of age relaxation is given in the Upper Age Limit criteria.