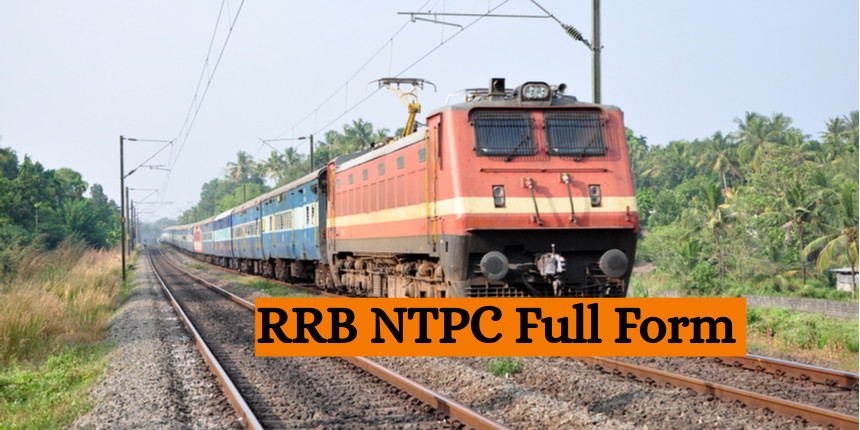 What is RRB NTPC Full Form ?

The RRB NTPC exam has acquired a lot of popularity over the years with more than one crore candidates registering for the same. RRB NTPC full form is Railway Recruitment Board Non-Technical Popular Categories and the entrance test is conducted in various phases owing to the large number of candidates who register for the exam.

Know the posts for which the RRB NTPC exam is conducted

Posts for which RRB NTPC Recruitment is done

The headquarters of the Railway Recruitment Board in India is located in New Delhi. Along with the RRB NTPC full form , it is important to know about 21 more RRBs which are located in different parts of the country. The list of RRBs in India is mentioned in the table below.

What is RRB JE Full Form?

RRB conducts other recruitment exams also.It is important to know all about the recruitment exam for other posts apart from RRB NTPC and RRB NTPC full form. The Railway Recruitment Board conducts the RRB Junior Engineer (JE) Exam for recruitment of candidates for technical posts. Only those candidates who are from the science or engineering background are eligible to apply for the RRB JE exam. The RRB JE full form is the RRB Junior Engineer (JE) Exam and it is conducted for the following posts.

Posts for which RRB JE Exam is conducted

The selection process for RRB JE comprises the following stages:

What is RRB ALP Full Form?

The Railway Recruitment Board conducts the RRB ALP exam. The RRB ALP full form is the Assistant Loco Pilot (ALP) Exam which is held for selecting candidates under the Ministry of Railways.

Along with the RRB NTPC full form and RRB ALP full form, let’s discuss about the RRB ALP eligibility criteria. According to the eligibility criteria of RRB ALP, those candidates who have completed their matriculation or course Act Apprenticeship Industrial Training Institute approved by NCVT or SCVT in the respective trade, they would be eligible to apply for the RRB ALP exam. Also those candidates who have finished their diploma in Electrical,Mechanical, Automobile Engineering, Electronics, recognized by the AICTE, they would also be eligible to apply for the exam.

In order to apply for the RRB Group D exam, candidates must be 10th pass or should have done ITI from institutions recognised by NCVT/SCVT (or) equivalent (OR) National Apprenticeship Certificate (NAC) granted by NCVT.

I scored good marks in rrb ntpc cbt1 but I have mistakenly entered ews category while as I am open merit. will it effect me? please someone clarify

As you have given your category as EWS, till the time of document verification you have time to get the EWS certificate proof.By then please kindly make sure to have the certificate anyhow.

If not able to get , then kindly score very good marks so that you clear the exam with more marks than the open category cutoff. Wait for further stages , if they give any option for corrections, if not then during document verification you will have a slightest chance to put forward your problem there and it will lie upto the authorities discretion whether to accept or not.

rest hope for the best

thank you and all the best

will marked for review question are considered if I got answered in rrb ntpc.

You can follow the steps given below to challenge the answer key :-

** First of all Visit the official RRB website of your region.

** Enter your login credentials in order to login to your portal.

** Now you can raise the objection along with the proof of your explanation.

You can check out the complete details regarding RRB NTPC 2021 Answer key from the link given below :-

RRB is expected to release the 8th phase of the NTPC exam soon. Candidates can register themselves for the NTPC recruitment process by visiting the regional RRB websites before the last date for application submission. The application fee for general candidates is Rs 500 whereas for females & others it's Rs 250. The exact dates for the release of the application form is not yet declared. Keep an eye on the official website for the latest information. There is a delay due to the ongoing pandemic.

please tell me about RRB NTPC???

List of valid Photo ID proof that can be carried at the exam centre are: