UPSC History Syllabus 2020 - UPSC has released the syllabus of UPSC History 2020 along with notification. Candidates preparing for exams should have the complete details of UPSC History 2020 syllabus. History is one of the Optional Subjects with 2 papers (Optional Paper 1 and Paper 2). UPSC History Syllabus 2020 is of graduate level. UPSC syllabus for History comprises topics on Prehistory, Indus Valley Civilization, Aryans, Vedic Period, Guptas, Mouryans, Cultural Traditions and much more. To help candidates, we have shared the detailed UPSC IAS History syllabus 2020. Following the same helps in preparing better for the IAS exam. UPSC CSE exam will be held in July 2020. Along with the syllabus, candidates must check the IAS exam pattern and books. The detailed UPSC History 2020 Syllabus is mentioned below: 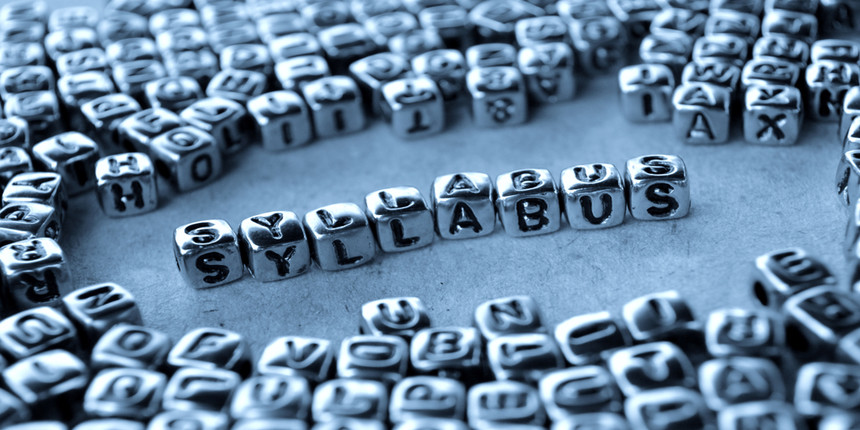 The UPSC History 2020 syllabus is a vast one, and with vast we mean that it has to be read in complete details giving equal importance to major and minor historical events. Below, we have shared the UPSC IAS History Syllabus 2020 for Paper 1 and 2.

Geographical factors; Beginning of agriculture (neolithic and chalcolithic) and hunting and gathering (palaeolithic and mesolithic).

3. Indus Valley Civilization: Its Origin, Important dates, extent, survival and significance, characteristics-decline as well as the art and architecture.

4. Megalithic Cultures: Development of community life, Development of agriculture, Pottery, Crafts, and Iron industry. Distribution of pastoral and farming cultures outside the Indus and Settlements.

Monarchy and Varna system; Significance of the Vedic Age.

6. Period of Mahajanapadas: Formation of States (Mahajanapada): Rise of urban centres; Trade routes; Republics and monarchies; Economic growth; Spread of Jainism and Buddhism; Introduction of coinage; Rise of Magadha and Nandas. Iranian and Macedonian invasions and their impact.

9. Early State and Society in Eastern India, Deccan and South India: Kharavela, the Tamil States of the Sangam Age; The Satavahanas; Economy, land

12. Themes in Early Indian Cultural History: Languages and texts, major stages in the evolution of art and architecture, major philosophical thinkers and schools, ideas in Science and Mathematics.

16. The Fourteenth Century:— “The Khalji Revolution”

17. Society, Culture and Economy in the Thirteenth and Fourteenth Centuries:

18. The Fifteenth and Early Sixteenth Century-Political Developments and Economy:

19. The Fifteenth and Early Sixteenth Century- Society and culture:

21. Mughal Empire in the Seventeenth Century:

The UPSC History 2020 syllabus including the topics and subtopics for paper 2, is mentioned below:

The Portuguese and the Dutch; The Early European Settlements; The English and the French

between the English and the Nawabs of Bengal; Siraj and the English; The Battle of Plassey;

Bengal-Mir Jafar and Mir Kasim; The Battle of Buxar; Mysore; The Marathas; The three

3. Early Structure of the British Raj:

The Early administrative structure; From diarchy to direct control; The Regulating Act (1773);

The Pitt's India Act (1784); The Charter Act (1833); The English utilitarian and India; The Voice of free trade and the changing. The character of British colonial rule.

crafts; Economic transformation of India; Drain of wealth; Famine and poverty in the rural interior; Railroad and communication a network including telegraph and postal services; European business enterprise and its limitations.

The state of indigenous education, its dislocation; The rise of press, literature and public opinion; The rise of modern vernacular literature; Progress of science; Christian missionary activities in India; Orientalist-Anglicist controversy, The introduction of western education in India;

6. Social and Religious Reform Movements in Bengal and Other Areas:

to the growth of modern India; Islamic revivalism-the Feraizi and Wahabi Movements.

consequences; The shift in the character of peasant uprisings in the post-1857 period; the

8. Factors leading to the birth of Indian Nationalism; Politics of Association; The Foundation of

the Indian National Congress; Programme and objectives of Early Congress; The Safety-valve thesis relating to the birth of the Congress; the social composition of early Congress leadership; The Partition of Bengal (1905); the Moderates and Extremists; the economic and political aspects of Swadeshi Movement; The Swadeshi Movement in Bengal; The beginning of revolutionary extremism in India.

Satyagraha; the Non-cooperation Movement; the Khilafat Movement; National politics from

Movement; The Nehru Report; the Round Table Conferences; the two phases of the Civil Disobedience Movement; Simon Commission; Nationalism and the Peasant Movements; Nationalism and Working-class movements; Women and Indian youth and students in Indian

politics (1885-1947); the election of 1937 and the formation of ministries; Cripps Mission; the Quit India Movement; the Wavell Plan; The Cabinet Mission.

10. Constitutional Developments in Colonial India between 1858 and 1935.

11. Other strands in the National Movement.

The Revolutionaries: Bengal, the Punjab, Maharashtra, U.P. the Madras Presidency, Outside

India. The Left; The Left within the Congress: Jawaharlal Nehru, Subhas Chandra Bose, the Congress

Socialist Party; the Communist Party of India, other left parties.

12. Politics of Separatism; the Muslim League; the Hindu Mahasabha; Communalism and the

The linguistic reorganisation of States (1935-1947); Regionalism and regional inequality;

Integration of Princely States; Princes in electoral politics; the Question of National Language.

(ii) Rise of socialist ideas (up to Marx); spread of Marxian Socialism.

(iii) Spread of Enlightenment in the colonies.

(ii) American Revolution and the Constitution.

(iii) American Civil War with reference to Abraham Lincoln and the abolition of slavery.

(i) Industrialization and Globalization.

(i) The disintegration of Empires in the face of the emergence of nationalities across the World.

(iii) Rise of Nationalism in the 19th century.

(i) Fascist Counter-Revolution, Italy and Germany.

(i) The emergence of Two power blocs.

(iii) The emergence of the Third World and non-alignment.

27. The disintegration of the Soviet Union and the Rise of the Unipolar World :

(i) Factors leading to the collapse of Soviet Communism and the Soviet Union, 1985-1991.

(iii) End of the Cold War and US Ascendancy in the World as the lone superpower.

To crack one of India's biggest competitive exams, candidates must have the best UPSC IAS preparation strategy. A better strategy helps in covering the UPSC History Syllabus 2020 and sections etc and helps to score well. Here are some quick tips to help score better in the exam.

In the following table candidates can check the best books for UPSC IAS for History. Of all the study materials available in the market, it is advisable to refer to only the selected few and reliable sources.

Question: Is History a good subject to be taken as an optional for UPSC IAS?

Yes, but only if you have an interest in History.

Question: What will be the expected cut off UPSC IAS 2020?

To know about the cut off mark, you can check to click here - UPSC IAS cut off 2020.

Question: How many stages are there in the UPSC IAS exam 2020?

The UPSC IAS exam is conducted for 3 stages - Preliminary, Mains and Interview.

Question: How many papers are there in the prelims and mains exam of UPSC IAS 2020?

In prelims, there are two Objective type papers, while in the mains there are 9 papers of conventional essay type.

Question: Is there any negative marking provision in UPSC IAS?

You should read the NCERT books from cclass 6th to 12th. It will give great benefit to you.As the other books are just a high level version of these NCERT books,you can understand the details and your basics will be superb!!

After reading NCERT's you will be able to understand the importance and need of what to study and what not.

If I read only ncert books without other books like laxminath etc. then can I qualify exam for IAS

Economic Survey by Ministry of Finance

A Brief History of Modern India by Rajiv Ahir

If I read only state board (Punjab) books for preparation of IAS instead of NCERT books then is it right path or not ?

So , you should go for NCERT books, also NCERT books are good for basic concepts and they are written in a very simple language,  also many questions in UPSC are asked based on ncert , so you should go through NCERT

how to prepare for ias exam in with a time span of 4 years? where to start and where to end? how should my time table be?

If you have four years for the preparation of UPSC examination then you can prepare in a very well manner, in the first three years cover and complete the entire syllabus and keep the last one year for revision, test series and for current affairs

Follow the below tips to prepare well for your UPSC examination :-

To start the preparation  first of all go well through the syllabus  , you can check the complete syllabus at
https://competition.careers360.com/articles/upsc-ias-syllabus

*Make a routine or a time table and try to give at least 8 hours to studies , keep short brakes of 20 to 30 minutes after every 2.5 to 3 hours

*Read newspaper daily and keep yourself updated with the current affairs

*Choose your optional subject wisely , choose the subject you have interest in.

*Revise :- there's no point of preparing for the exam if you couldn't recall anything in the UPSC Examination so you should stress on revision as well.

*Solve previous year question papers and mock test papers ;- You should solve these , it will give you idea of types of questions asked and their difficulty level and will help you a lot.

For more tips go through

how to prepare for ias agri paper

Make a proper schedule for yourself. Plan and set your targets for that particular day and complete that target honestly. If you keep completing your target every single day, you will get closer to your journey. Keep reading NCERT books for history of India and Art and culutre. Also solve previous year papers as they help you get a bettwe view of types of questions being asked..

Refer to the site below for more detailed information..