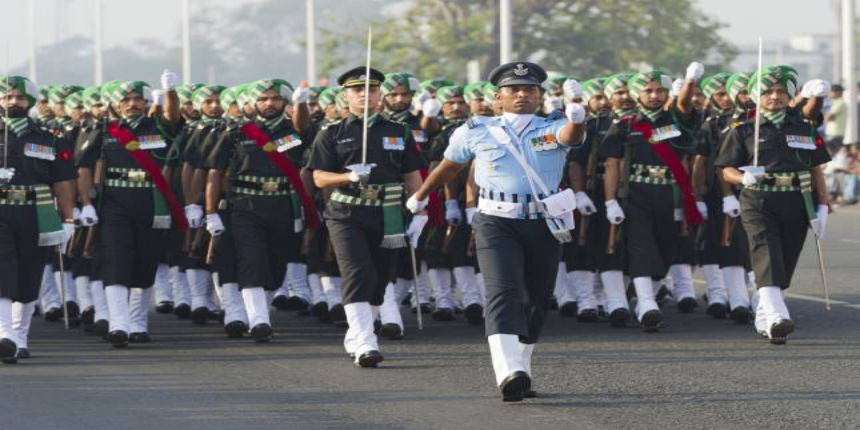 NDA 2019 - UPSC has released the result of the written exam of NDA (II) 2019 on December 12, 2019, on its official website @upsc.gov.in. The written exam was conducted on November 17, 2019 across various centres in India. According to the result, a total of 7034 candidates have qualified the NDA written exam and are eligible to appear for the SSB round. UPSC has also mentioned that the mark-sheets of the qualified candidates will be available to download from the website within 15 days after the conclusion of SSB interviews. The final result will remain available for 30 days. Candidates who qualify the SSB interview will be enrolled in the National Defence Academy & Naval Academy.

SSB Interview will be conducted for 5 days which will include 2 stages. Stage I of SSB interview includes Officer Intelligence Rating (OIR) test which is Picture Perception * Description Test (PP&DT) whereas stage II includes Interview, Group Testing Officer Tasks, Psychology Tests and the Conference. Candidates who qualify the SSB interview are eligible for final recruitment. NDA is conducted twice a year for the admission of candidates to Army, Navy and Air Force. The finally selected in NDA II 2019 will be admitted to 144th Course of Army, Navy and Air Force and 106th Indian Naval Academy Course (INAC) commencing from 2nd July 2020.

According to the NDA II exam pattern, the test is conducted in pen and paper mode. The exam carries two papers, Mathematics and General Ability Test (GAT). The duration of each test will be 2 hours and 30 minutes. The Mathematics paper will carry total of 120 questions while GAT paper will have 150 questions. Maximum marks allotted to the written exam is 900. As per the marking scheme, candidates for the correct answer in mathematics will score 2.5 marks. For the correct answer in GAT, candidates will score 4 marks. For the wrong answer, 1/3 of the marks assigned to that question will be deducted as penalty. The SSB Interview will be conducted for 900 marks.

The syllabus of NDA 2019 has been prescribed by UPSC. NDA II 2019 syllabus contains the topics and sub-topics under Mathematics and General Ability Test. The standard of questions in the exam was of matriculation and 10+2 level. Candidates can check below NDA II syllabus.

NDA 2019 answer key will be released after the declaration of the final result. However, some of the coaching institutes will release NDA answer key after the exam. Candidates will be able to download the answer key for all sets of subjects, Mathematics and General Ability Test (GAT). Using the answer key, candidates will able to check the correct answers to questions asked in the exam.

Candidates can check NDA I answer key 2019 released by coaching Institutes below.

Previous years’ NDA Cut off for Written Exam out of 900

Previous Years’ NDA Cut off for SSB Interview out of 1800

The number of appeared and qualified candidates of the last five years in NDA exam is given below.

The selection procedure of NDA 2019 comprises two stages – written test and SSB Interview for Intelligence and Personality Test. Candidates clearing the written exam are called for SSB Interview. The test follows a two-stage selection procedure. All the candidates are put to stage-one test on the first day of reporting at Selection Centres/Air Force Selection Boards/Naval Selection Boards. Only those candidates who will qualify NDA ii 2019 stage 1 are admitted to the second stage/remaining tests. Stage 2 of SSB continues for 4 to 5 days followed by a medical test of 3 to 4 days. SSB board evaluates intelligence, personality, compatibility and potential of prospective candidates for Army/Navy wings of the NDA and 10+2 Cadet Entry Scheme of Indian Naval Academy.

What after the candidate gets admission in NDA?

Candidates who are finally selected for training will have to deposit a sum amount of Rs. 50636 upon their arrival to the Commandant, National Defence Academy. The amount deposited by candidates upon arrival will be as follows
Fees Payable by selected candidates

Before a candidate joins the academy, the guardian will need to sign the following documents:

Scholarship and Financial Assistance cadets can avail while at the National Defense Academy:

Question: What is the age limit for the NDA?

Question: Can I apply for NDA if I am from Biology stream?

Yes, if you are from biology stream you can only apply for the admission to Army wing.

Question: Can girls apply for NDA?

No, girls are not allowed to appear for NDA exam.

Question: Is it compulsory to have Maths and Physics in class 12 to apply for admission to Air Force and Navy?

Yes, it is compulsory for the candidates to have Maths & Physics as their subject in class 12 to appear for Airforce and Navy.

Question: What is NDA salary?

Question: Which rank is given after NDA?

How is NDA exam ? Is it hard ?Is NDA exam hard physical test?

Dear Aspirant,
I would like to tell you that NDA National Defence Academy Exam is a national level exam organized by UPSC (Union Public Service Commission) to recruit candidates in Army, Navy and Air Force.
They have certain eligibility criteria. You need to clear written test as well as SSB interview round.
Under physical eligibility they have mentioned that Candidate must not be suffering from Wax (Ears), Deviated Nasal Septum, Hydrocele / Phimosis, Condition of Overweight / Underweight, Under Sized Chest, Piles, Tonsillitis, Gynaecomastia, Varicocele.

For more details you can refer to the following link
https://competition.careers360.com/exams/nda

I hope this information helps you

in filling of nda exam my signature was upload downword and form was fill. what can i do?

I think you are telling that your signature which you uploaded was uploaded in reverse rotation. If that is so then you have to reapply because there is no other option to change that. You will have to reapply and the form is still available. If you don't your form can be cancelled as well in future if not it will create a problem. So better adviced is reapply.
Read More
Answer
Answer Later
Report
6 Views

what is minimum percentage required in 12th for NDA(airforce)

No specific percentage required to apper in the nda exam. You just need to pass your higher school exams.

The minimum qualification required for Indian Army wing, Navy and Air Force is as follows:

the salary of nda student 2019

Hii Shrey!
The students are called cadets once they join NCC or NDA or any other armed forces. The gentleman cadets are eligible for a stipend or salary of INR 21,000 in the training period. Then, as they get promoted and get higher ranks, the salaries also increase. The in-hand salary ranges from INR 15,000 to 39,000 initially for indian army officers. The cadets joining as flying officers get a stipend of INR 55,000 initially.
Hope this helps.
Good luck!
Read More
Answer
Answer Later
Report