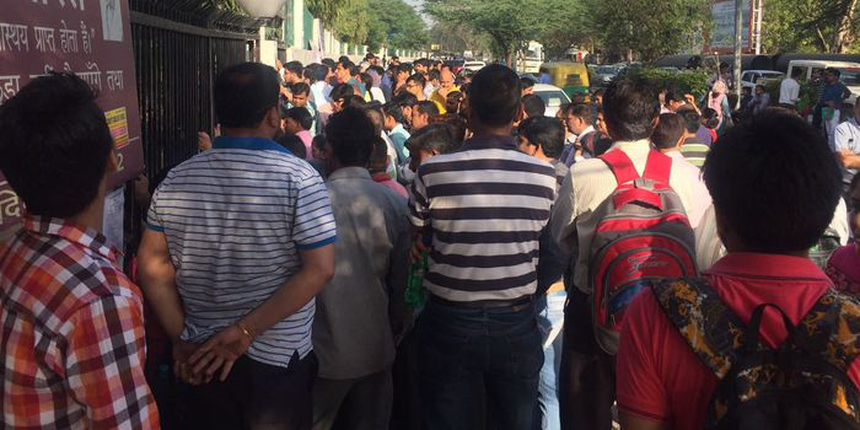 The CSIR UGC NET 2018 was conducted for awarding Junior Research Fellowship (JRF) NET and for appointing of Lecturers (NET) in subjects under the faculty of science and technology. The fellowship awarded to the successful candidates will be effective from July 1, 2019, for the period of two years for joining the fellowship under the CSIR scheme.

Some Facts about CSIR UGC NET 2018

CSIR has declared the exam dates of CSIR UGC NET 2018 and other dates of important events. The application form has been released on September 27. The result of the test will be declared by CSIR tentatively in March/April 2019.

CSIR UGC NET result 2018 for December session has been declared on April 3, 2019. The result has been announced in PDF format containing the roll numbers of the qualified candidates only. The qualified candidates will be appointed as assistant professors/lecturers and will be awarded JRF (Junior Research Fellowship). All those candidates who qualify in the exam will be awarded fellowship which will be effective from July 1, 2019.

CSIR UGC NET Answer Keys 2018 is available officially. Candidates can go through the answer keys of CSIR UGC NET in order to get an idea of how well they have performed in the exam. By referring to the CSIR UGC answer keys, candidates can calculate the expected marks they have scored in the test. Candidates can also submit their representation in case of any discrepancy the official answer key through email id -netexam.obs@csirhrdg.res.in by providing details like name of the candidate, roll number, subject, booklet code test booklet serial no, question no against which the representation with justification.

Eligibility of CSIR UGC NET 2018 is majorly determined on the following two grounds:

The CSIR UGC NET 2018 exam comprises of a single paper with multiple choice questions (MCQs) based on various topics from different subjects.

CSIR UGC NET 2018 syllabus will have important topics from the following subjects:

CSIR has released the cutoff of CSIR UGC NET 2018 for December session in pdf format on April 4, 2019. The cut off for June session was published on November 30. The CSIR UCG NET cut off 2018 list is prepared by considering the cumulative marks of all parts of the exam. There is no sectional cut off. The cut off of CSIR UGC NET 2018 is released to award fellowship to deserving candidates. Candidates can check the cut-off for both June and December sessions in the tables below.

Candidates will be selected for awarding Junior Research Fellowship (JRF) NET and will be appointed as Lecturers (NET) in subjects under the faculty of science and technology. The fellowship awarded will be effective from July 1, 2019 for the next two years.

As per the CSIR UGC NET pay scale 2018, selected candidates will be awarded fellowship of Rs. 25,000 per month for two years. As per the pay scale of CSIR UGC NET 2018, along with this, the university/institution will be given the annual contingent grant of Rs. 20,000 per fellow for the third and the subsequent year on the basis of the progress of the fellow.

Showing 1 out of 1 Questions
9 Views

I have done B.Sc Zoology & Chemistry but next M.Sc Zoology completed what i can do this exma CSIR UGC NET

Yes you can do. You can apply for CSIR NET exam with your post graduation eligibility. They don't look about the cross majors. It is one of the toughest exams in India and at the same time best exam which can give you a chance to get a lecturer job in colleges and Junior research fellow position in research institutes and colleges with a stipend of 31000 with HRA.