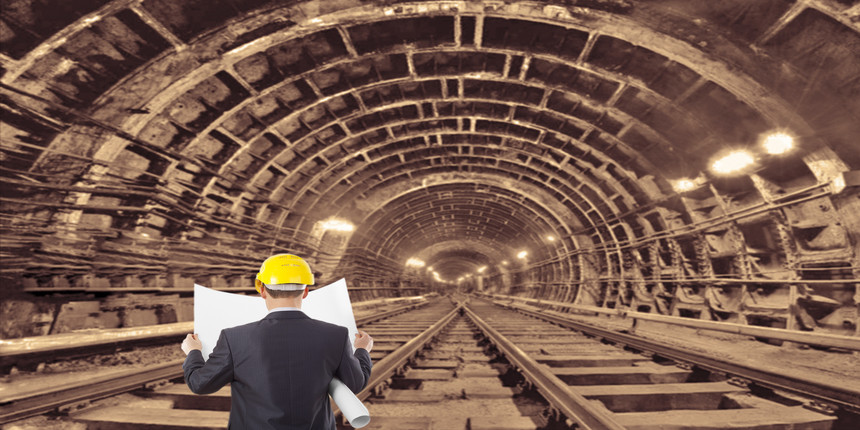 From the following table, candidates can find the important dates of RRB Ranchi JE 2021 cut off.

What are the factors that determine the RRB Ranchi JE Cut off 2021?

To check the cut off marks, RRB aspirants must refer to the steps mentioned below.

Step 2: Find and click on the cut-off link of RRB JE 2021 (The direct link to check the cut off will also be mentioned in this article)

Step 3: The link will redirect you to a new page

Step 4: Check RRB Ranchi JE cut off 2021 as per your category and know your qualifying status

Step 5: Download the cut off of RRB JE and save it for future reference

What is the minimum qualifying percentage of RRB Ranchi JE cut off 2021?

In how many stages the RRB Ranchi JE Cut off 2021 will be released?

The cut off of RRB JE is announced in three stages:

CBT 1 is the initial stage of the RRB JE cut off. It is also called as the screening test and it is imperative for all the applicants to score the RRB Ranchi JE cut off marks in CBT 1 to be considered for CBT 2. They have to secure the minimum qualifying cut off score, as well as the overall cutoff to be considered for stage 2. The RRB JE Ranchi Cut off 2021 for CBT 1 will be calculated out of 75 marks.

Qualified candidates of stage 1 will be taking the CBT 2. They will have to score both the minimum qualifying cut off marks and the qualifying marks in CBT 2 to be selected for the final stage. The cut off marks in CTB 2 will be calculated out of 150 marks.

The final stage is the DV also known as the Document Verification. Candidates who clear the document verification procedure successfully will be shortlisted for final recruitment. The final cut off of RRB Ranchi JE 2021 will be prepared on the basis of the marks secured by them in the CBT 2. Candidates securing equal to the final cut off marks or above then it, will be recruited for different Junior Engineer (JE) posts as per the vacancies.

Candidates, who wish to check the cut off score of RRB JE 2021 for different regions can visit the table below and click on the cut off link adjacent to the region.

Question: What are the RRB JE cut off marks?

The cut off marks is the minimum marks prescribed by RRB that candidates must score in order to qualify each stage of the exam.

Question: How to check the RRB JE cut off marks?

The steps to check the cut off marks is mentioned in the article above.

Question: What if I score one mark less than the RRB JE cut off marks of my region?

You have to score equal to or more than the prescribed cut off to increase your chances of RRB JE qualification.

Question: Is the cut off marks released separately or along with the result?

The cut off marks are released along with the result.

Question: What is the difference between the cut off marks and Minimum Qualifying Percentage?

The minimum qualifying percentage is mentioned in the official notification of RRB JE, while the cut off is calculated after the exam is conducted based on various metrics like number of applications received, number of vacancies and the difficulty level of exam.

Showing 2 out of 2 Questions
22 Views