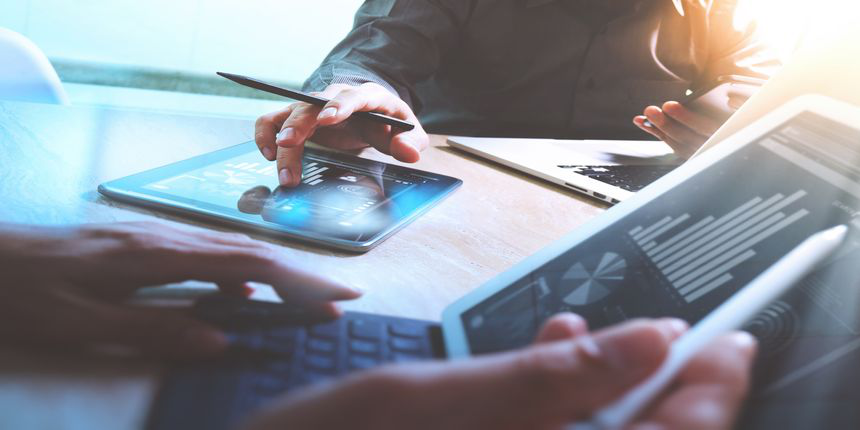 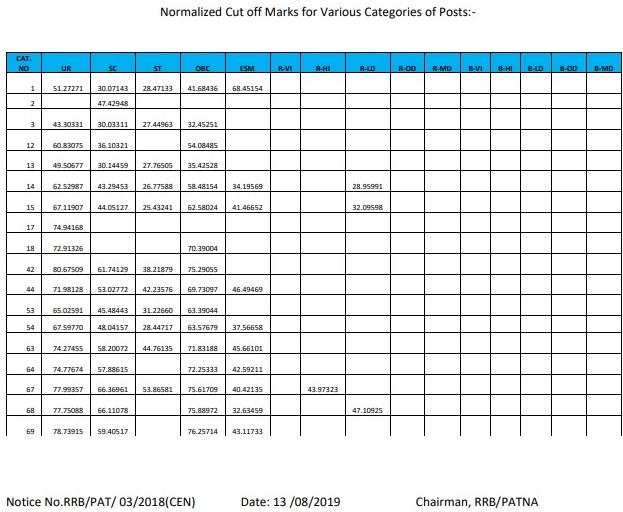 Cutoff of RRB Patna JE 2019 will be available online on the official website of RRB Patna. In order to check RRB Patna Junior Engineer (JE) Cut off of different stages, candidates should follow the below mentioned steps.

Candidates who are appearing for RRB Patna Junior Engineer (JE) first stage CBT, needs to score the minimum qualifying cut off as well as overall cutoff in their respective category. On the basis of RRB Patna JE first stage cut off, only those candidates will be shortlisted for the second stage whose marks will fall within the cut off declared by official authority. RRB Board invites 15 times of total appeared candidates for second stage of CBT. There will be 100 questions in first stage CBT 1 and each question is of 1 mark only. Hence RRB Patna JE Cut off 2019 for the first stage CBT will be calculated in 100 marks only.

RRB Patna Junior Engineer (JE) Final cutoff is made after the normalization of final marks of all the candidates. RRB JE Cutoff 2019 for final selection will be prepared on the basis of marks secured in the second stage CBT. Candidates will be called for Document verification (DV)/Medical as per RRB Patna cutoff merit made Patna Railway Board. Candidates who secure the final cut off will be recruited to different posts of Railway e.g. Junior Engineer (JE), Junior Engineer (Information Technology) [JE(IT)], Depot Material Superintendent (DMS) and Chemical & Metallurgical Assistant (CMA).

RRB Patna announces result of Junior Engineer (JE) in online mode for all the three stages of the RRB Patna JE exam. Candidates will be able to check RRB Patna JE result by downloading it in pdf format only. Those candidates who qualify in the first stage of the exam are invited to appear in second stage CBT. Qualifying candidates of RRB JE CBT 2 are called for document verification.