IBPS SO Exam Dates 2020 - Institute of Banking Personnel Selection (IBPS) has announced the exam dates of IBPS SO 2020 in their annual calendar. As mentioned in the IBPS SO 2020 exam dates, the prelims exam is scheduled to be conducted on December 26 and 27. The mains exam of IBPS SO will be conducted on January 30, 2021. The IBPS SO 2020 application form is available for candidates to fill from November 2 to 23, 2020. Candidates must check IBPS SO exam dates 2020 to keep track of all the events of the exam like the release of IBPS SO admit card, result declaration for different stages of the exam, release of merit list, etc. Read the article below to know more about IBPS SO 2020 exam dates.
Latest: IBPS SO Application form is available till November 23, IBPS SO admit card to be available in December 2020. 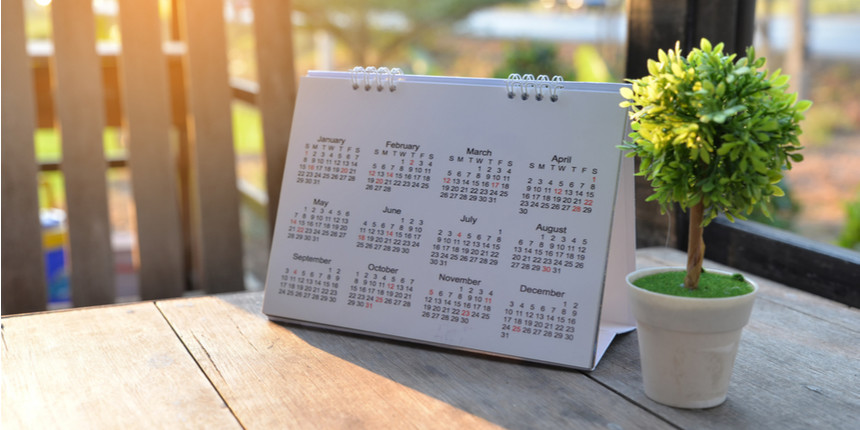 Dates related to IBPS SO 2020 have been provided below in the table. Tentative dates will be updated here as and when announced by the exam body.

The exam body will announce the result of IBPS SO for each stage separately. IBPS SO result will be declared after the relevant stage of the exam has been conducted. IBPS SO result 2020 for the prelims exam is expected to be declared in January 2021. The result of the mains exam is likely to be announced in February 2021. IBPS SO final result will be declared after the candidates have been through the interview process in the month of April 2021.

Question: What will be the last date to download the admit card of IBPS SO 2020?

Candidates will be able to download their IBPS SO admit card till the day of the exam.

Question: When will IBPS release the application form of IBPS SO 2020?

IBPS SO application form 2020 will be released the first week of November tentatively. The exact dates to fill the application form will be announced by the exam authorities in the official notification.

Question: What is the eligibility criteria of IBPS SO 2020?

Candidates of age 20 to 30 years can apply for the exam. IBPS SO eligibility criteria also depend on the educational qualification which is different for each post.

Question: When will the mains exam of IBPS SO 2020 be conducted?

Question: What are the documents that I need while filling the application form of IBPS SO 2020?

Candidates have to upload scanned images of their photograph and signature in the size prescribed in the official notification while filling IBPS SO application form.

IBPS SO 2020: Institute of Banking Personnel Selection has rel...

IBPS SO Result 2020 - Check Result for Prelims and Mains Exam

i have done MBA in SYSTEM can i apply for ibps so IT officer post?

Hello sir, I am a graduate in BE Information Science. Am I eligible for IBPS SO IT officer exam? I dont find Information science option in the application. What can I do?

I hope you ate doing well. About your question,

Basic eligibility for IBPS exam is

Special eligibility for IBPS  SO - IT (Grade -1) officer exam is:

A Post Graduate Degree in one of the following branches (only) :

– A graduate who has passed the DOEACC ‘B’ Level i.e.  DOEACC (Department of Electronics and Accreditation of Computer Classes)  ‘B’ Level is a government recognised course that is considered equivalent to an MCA degree course.

The examination for this course is conducted by NIELIT.

So yes you are Applicable for this exam.

Hope this helps all the best...

Hello, I have completed my M.COM in business management from distance education Mumbai university. can I apply for IBPS SO (HR)? If yes then for which I am eligible for Personnel management,HR,HRD? Plz guide me.

*Registration will start from 2nd November.

sir i am doing mba major in finance and minor hr.i am eligible for ibps so for the post of HR officer

The candidate should have a graduation degree.

Since you are doing MBA from finance major and HR minor you are not eligible for this post because eligibility criteria specifically mentioned the full time course and here HR is a minor subject. Even if you cleared 2 phases , during interview you may not be selected .

But here is one option for you to become eligible for this post . If you could ask your college to make an affidavit mentioning that the course of finance and HR which you have pursued from that college gives equal weight age to  both the subjects. Presenting this affidavit in the interview or at the time of document validation could make authorities to consider you eligible.

Otherwise there are many better opportunities which you can consider . You can prepare for govt. Job which require finance as a  subject in MBA.

Hi i am post graduate in mba finace , but in diastance learning am i eligible for ibps so

Yes ,You are eligible for the IBPS PO .Apart from that i have share the details about of IBPS education eligibity criteria then  you will understand Clearly .

Candidates appearing for IBPS PO exam must be abreast of the latest exam pattern and syllabus of the exam.

Other qualifications acceptable as equivalent to a Bachelor’s degree such as AMIE, departmental courses from the government etc. are also allowed.

For the courses mentioned above, the candidate should furnish proof that the qualification is considered equivalent to a degree (Graduation) by the Government of India.
For the rigorous practice of IBPS PO exam, it is advised to take IBPS PO Mock Tests regularly.

Candidates have to specify the percentage obtained in Graduation while filling in the online application. Also, the candidates being awarded CGPA have to convert the same into a percentage. Percentage calculation must be done to the nearest two decimals.

The Institute does not specify any IBPS PO eligibility percentage. The individual banks use the IBPS calculation of aggregate percentage for their purposes.

Hope it will helpful

Answer later
Report
View All Questions
Have a question related to IBPS SO ? Ask

Trending Articles around IBPS SO

IBPS SO Cut Off 2020 - Category-wise Cut Off Marks

IBPS SO Syllabus 2020 for Prelims, Mains and Exam Pattern
View All Articles