UPTET New Exam Dates - U.P. Pariksha Niyamak Pradhikari will release the new exam dates of UPTET 2020 in October along with the notification. The UPTET new exam dates will contain the date of exam along with other important dates. It is important for the candidates to go through the important dates so that they do not miss any important event related to the UPTET exam. As per the UPTET new dates, it is expected that the application form will be out in November 2020. Candidates successfully filling the UPTET application form within the allotted time frame will be able to download the admit card in December 2020. The UPTET admit card can be downloaded till the date of the candidates respective exam. To know more about UPTET new exam dates along with other important dates, go through the article below. 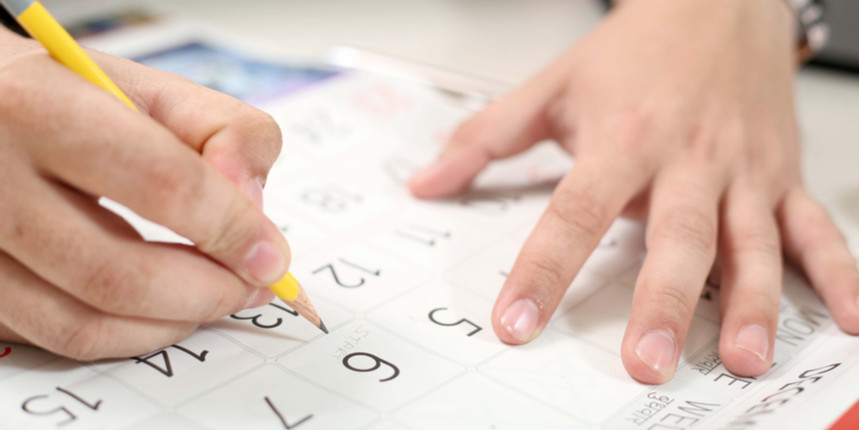 UPTET 2020 is expected to be held in December in offline mode. As per the UPTET exam pattern, the test will be held for two papers - paper I and II. Paper I will be held for those willing to become teachers of classes 1 to 5 while apper II is for those who wish to become teachers of classes 6 to 8. Candidates securing the minimum UPTET cut off will be considered qualified.

UP De.El.Ed will announce the UPTET result 2020 in online mode in February 2021 on the official website for both paper I and II. To download the UPTET result, candidates must use their roll number and password. The result of UPTET will contain the name, roll number, gender, father’s name, qualifying marks,category, candidate’s overall marks and subject wise marks obtained by the candidate. Candidates securing the minimum qualifying marks will be considered qualified and will be given the TET eligibility certificate.

Question: Can I take the exam even after I forget to carry the UPTET admit card?

No, you will not be able to take the test without the admit card.

Question: How and when can I download the UPTET result 2020?

Question: Can I fill the application form of UPTET in offline mode?

No, you will be able to fill the application form in online mode only.

Question: When can I get to see the final answer key of UPTET?

The final answer key is expected to be released in the last week of January 2021.

UPTET 2020– UPBEB has released the provisional answer key of U...

If any doubts, pls feel free to ask.

Answer later
Report
View All Questions
Have a question related to UPTET ? Ask

Your UPTET brochure has been successfully mailed to your registered email id .