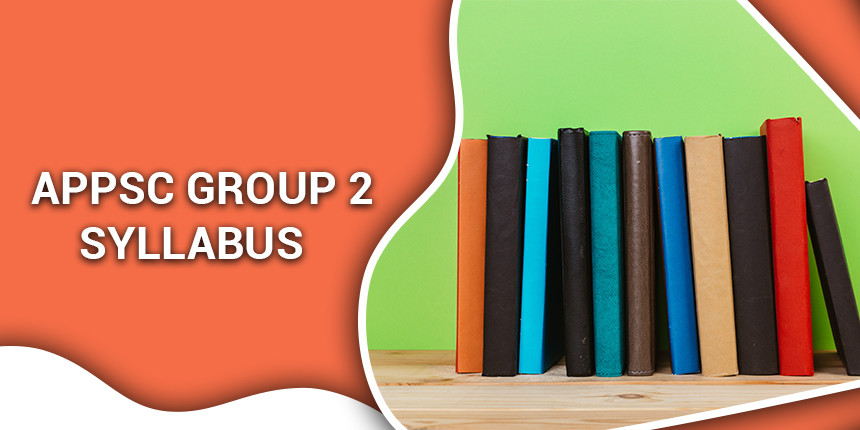 Applicants can check the syllabus of APPSC Group 2 screening test mentioned below, it is mainly divided into three sections.

The Mains exam of APPSC Group 2 will be held to recruit candidates for the various posts of Group 2 services. The mains exam contains three papers – Paper 1, 2 and 3. The difficulty level of questions asked in the exam will be identical to that of Bachelor’s degree level. Paper 1 comprises topics from General Studies and Mental Ability. APPSC Group 2 syllabus for all papers of the Mains exam has been provided in the tables below.

For paper II of Mains there are two sections.

Applicants should note that further to this the syllabus of paper 3 will be divided into two parts, first being Indian Economy and secondary being economy of state.

Availability of Natural resources and Development

APPSC Group 2 Syllabus for Meaning and Measurements of Growth

Question: Is there seperate syllabus for APPSC Group 2 for screening tests?

Yes, the exam conducting authorities provide the separate syllabus for both screening and mains exam.

Question: What is the exam pattern of the APPSC Group 2 exam?

As per the APPSC Group 2 exam pattern of screening test there will be 150 questions.

Question: What is the syllabus for APPSC Group 2 exam for oral test?

There will not be any seperate syllabus for the oral test, most of the questions will be from screening test and mains exam syllabus.

Question: Where can I download APPSC Group 2 syllabus pdf?

Showing 1 out of 1 Questions
59 Views

i have completed my 10th in west bengal , from inter to graduation i have studied in ap .Am i eligible for appsc group 2

Your APPSC Group 2 brochure has been successfully mailed to your registered email id .