CAPF 2018 – Union Public Service Commission (UPSC) has announced the result of written exam on January 10, 2019. Around 2934 candidates have qualified for PET/PST and medical standards tests. UPSC will issue the admit card of CAPF for PST/PET by February 12, 2019. Candidates qualifying PST/PET and Medical Examination will have to appear for Interview/ Personality test. The written exam was on August 12, 2018, across 41 centres. CAPF admit card for the written exam has been released on July 20, 2018. 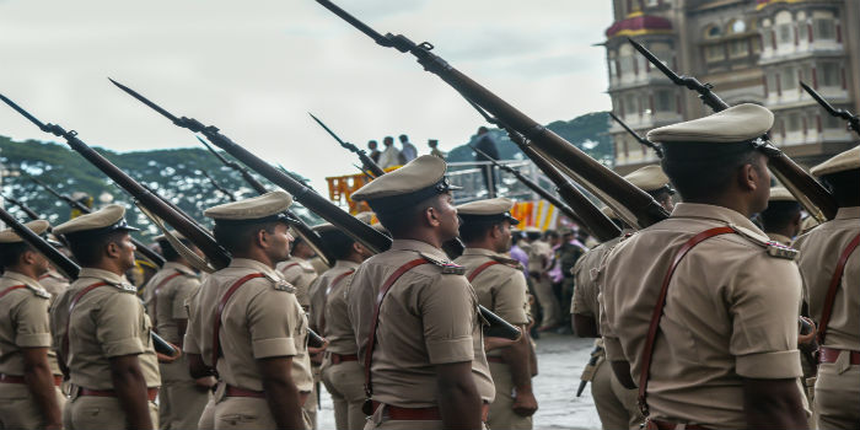 Over 398 vacancies has been announced by UPSC for the recruitment of Assistant Commandants (Group A) in Central Armed Police Forces (CAPF), Border Security Force (BSF), Central Reserve Police Force (CRPF), Central Industrial Security Force(CISF), Indo-Tibetan Border Police (ITBP) and Sashastra Seema Bal (SSB). The notification of CAPF was released on April 25. CAPF application form was available from April 25 to May 2. To be eligible for CAPF 2018 exam, candidates must be 20 years and should not have reached 25 years of age as on August 1. Candidates who have completed or have given their final year exam can also apply for the exam. Candidates can check here complete details on CAPF 2018 including eligibility, admit card, results, cut off , etc.

The dates of CAPF exam like application, admit card, exam, result are given below:

UPSC has declared the result of CAPF written exam online on January 10, 2019. The roll numbers of candidates who have qualified CAPF 2018 written test is available in the pdf format. Candidates who have qualified the written test are eligible to appear for PST/PET test. The result of CAPF is released separately for written exam, PST/PET and interview. Candidates who will be declared qualified in the Medical Standards Tests, will be called for Interview/Personality Test. The final merit list is prepared by the Commission on the basis of marks obtained by the candidates in the written examination and Interview/Personality Test.

The candidate appearing for CAPF must fulfill the eligibility criteria given below:

CAPF 2018 exam will be conducted across 41 cities in India. Applicants who had filled the application form must note that there will be ceiling on the number of candidates allotted to each of the centres, except Chennai, Dispur, Kolkata and Nagpur. Allotment of centres is done on first-come-first-serve basis, and once the capacity of a particular centre is attained, the same is frozen. Applicants, who cannot get a centre of their choice due to ceiling, are required to choose a centre from the remaining ones. Applicants are, thus, advised that they apply early so that they could get their preferred centre. Candidates can check below for few CAPF exam centres.

The syllabus of General Studies, Essay and Comprehension of CAPF has two parts. Part A is essay writing long narrative either in Hindi or English. Candidates are asked to write essay on the topics like modern Indian history especially of the freedom struggle, geography, polity and economy, knowledge of security and human rights issues, and analytical ability. Part B includes comprehension, précis writing, other communications/language skills.

Union Public Service Commission (UPSC) releases the answer key of CAPF. Candidates will be able to check the correct answers against their marked answer on the basis of which they will get the estimated score of CAPF 2018. Answer keys of CAPF will help candidates check the correct answers to all questions asked in the exam. In case of discrepancies, candidates will be able to challenge answers provided in the answer key.

The cutoff of CAPF for the post of Assistant Commandants is determined by the Union Public Service Commission. Candidates who appear for CAPF 2018 exam will have to secure marks as per the CAPF cutoff which will be declared by UPSC. The cutoff of CAPF will release the CAPF 2018 cutoff in two parts, part 1 will be for written examination and part 2 will be for combined written exam and interview. Candidates securing required cutoff marks in the written exam will be eligible to appear for PST, PET and interview. Candidates will have to qualify each stage of the recruitment as per the standards prescribed by UPSC. Candidates can check CAPF cutoff of previous year for paper 1 and 2 below:

Marks (Out of 600) obtained by the last recommended candidate- 2016

CAPF 2018 exam is conducted in three stages. Stage 1 is written test where candidates have to appear for two papers. Paper 1 is General Ability and Intelligence test and paper 2 is General Studies, Essay and Comprehension. Candidates who qualify the cutoff of written exam released by UPSC will be eligible for PST/PET and Medical examination. The Physical Standards/Physical Efficiency Tests and Medical Standards Tests will be conducted under the supervision of a Nodal Authority to be appointed by the Ministry of Home Affairs. These tests will be conducted at various centres to be notified after the results of the written examination. Candidates who qualify the PST/PET test are eligible for Interview/Personality Test which will be conducted for 150 marks. Candidates who are shortlisted for Interview/Personality Test, including those shortlisted for Interview/Personality Test provisionally will have to fill a Detailed Application Form (DAF) in which among other things, they will be required to indicate their preference of Forces. UPSC will then release the merit list on the basis of marks obtained by the candidates in CAPF 2018 written examination and Interview/Personality Test.