What Must Not Be Carried To SSC CHSL Exam Centres; Know Here In Details

Staff Selection Commision (SSC) is to conduct the SSC CHSL exam on March 17 to 28, 2020. The test is to be held in online mode at various centres across the country. Thus, candidates must be acquainted with all the guidelines which they need to follow on the exam day. There are a few things that a candidate must not carry with themselves on the day of examination. However, it is important for the candidates to carry SSC CHSL admit card issued to them along with one of the prescribed photo ID proofs. It is advised to the candidates to reach their respective venues 90 minutes before the commencement of the SSC CHSL exam. However, the list of things that candidate must not carry along with themselves are as follows: 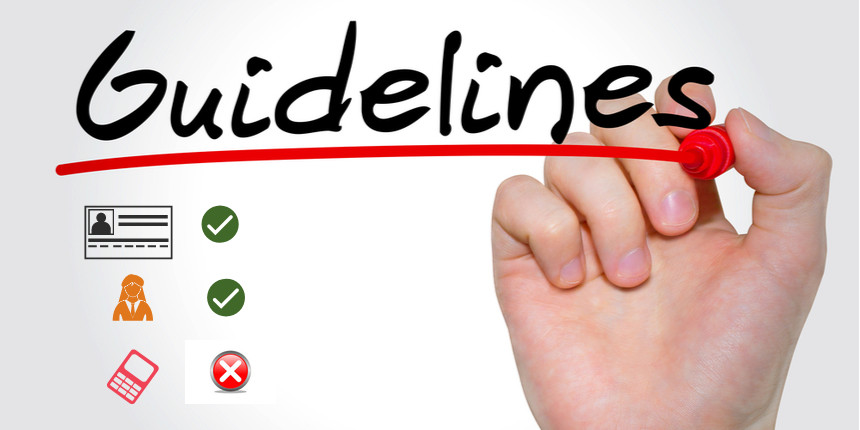 Things not to carry to the exam centres of SSC CHSL

However, there are certain things that candidates must carry along with themselves to the SSC CHSL exam centres. The list of the things to carry are mentioned below:

2. One of the following photo ID proofs in original

SSC CHSL exam is conducted to recruit the candidates as Lower Divisional Clerk/Junior Secretariat Assistant, Postal Assistant/Sorting Assistant and Data Entry Operators for various Ministries/ Departments/Offices of the Government of India. As per SSC CHSL exam pattern, the test is held in three stages - tier - I, II, and III. Candidates qualifying in all the stages of SSC CHSL selection process will be considered qualified. However, only those candidates are considered qualified who secure the minimum qualifying cut off of SSC CHSL at each stage.