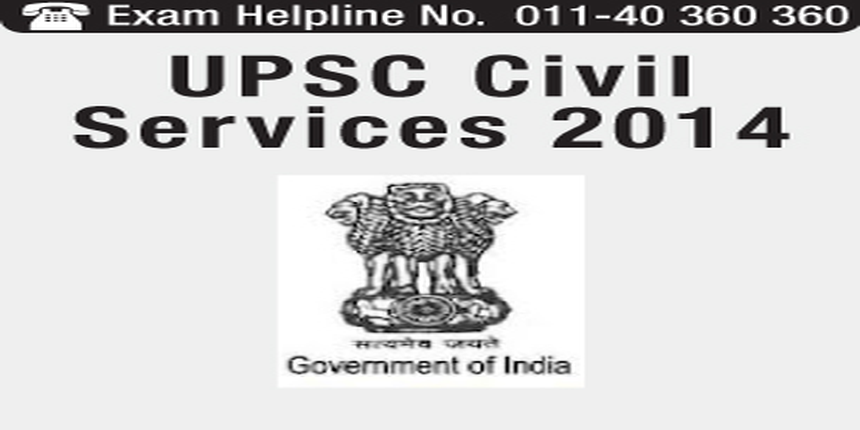 Last year, as many as 7,76,565 candidates had applied for the exam and 3,23,949 candidates appeared in preliminary exam, of which 14,959 candidates qualified for mains stage of the exam for a total of 1,122 vacancies.

CSAT has been in controversy for last few months after candidates appearing with Hindi-medium alleged that they were disadvantaged due to a compulsory English language section in prelims. They argued that this compulsory section has resulted in poor selection ratio of Hindi-medium candidates as compared to past years when no such section existed in the exam paper.

On August 4, in a bid to calm down thousands of students protesting against CSAT paper pattern, Central Government had announced that marks in English Language Comprehension Skills section will not be considered while making UPSC merit list for candidates qualifying to Mains stage of the exam.

Subsequently, in line with Centre’s decision to remove English Language Comprehension Skills section, UPSC asked candidates to leave this section unanswered during Aug 24 CSAT as the section will not have any bearing on the merit list due to non-evaluation of the same.

However, the duration of the Paper II remained 2 hours and candidates were asked to utilise utilize entire test time on the paper without attempting sections on English Language Comprehension Skills (Class X Level).

The protesters had alleged that the high scoring on English section has benefitted students from professional courses and also those who are well-versed in English language. They also alleged that the merit on the competence of other Indian languages has been compromised in the process.

Candidates belonging to Hindi-belt and rural areas of the country were demanding to scrap CSAT, claiming that the format introduced in 2011 fails to provide them a level-playing field, and is made in favor of English-medium students and those having technical background.

The Paper II or CSAT (Preliminary) is of 200 marks and 2 hours duration. It contains a section on English Language Comprehension Skills (Class X Level). It contains some questions based on a few paragraphs in English.

As per UPSC civil services selection process, successful candidates in Prelims round qualify for the Mains exam, which includes written exam and personality test. Those candidates who qualify Mains round are appointed as Civil Servants.

Stay tuned to competition.careers360.com for more news and articles on Civil Services Exam