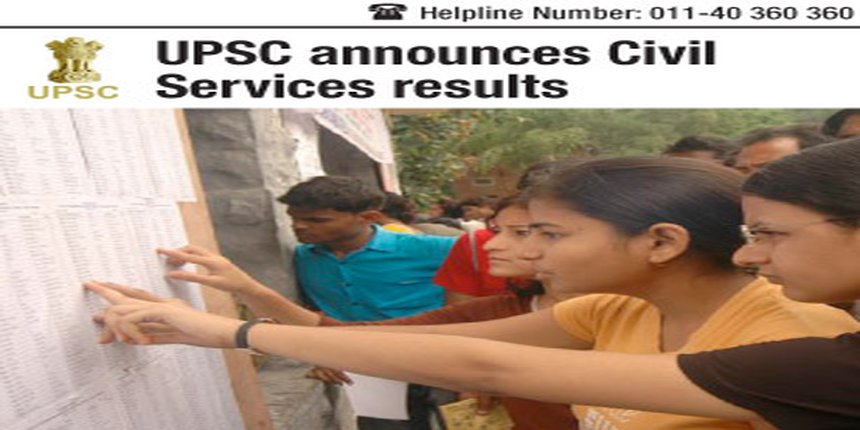 Gaurav Agrawal has topped the list by securing maximum marks in Civil Services Examination 2013, while Munish Sharma and Rachit Raj have secured second and third positions respectively on the UPSC Result 2014 list.

Other candidates in the merit list of Civil Services Exam 2013 Result include Akshay Tripathi at rank 4 followed by Bharti Dixit an MBBS from Delhi, who topped among the female candidates in her first attempt itself.

Boys outshined girls in the top job exam after a lull of three years. Before Gaurav, the top place in the list was bagged by women in 2010, 2011 and 2012 civil services exams. Out of top 10 rankers of this year, 3 belong to the fairer sex.

The list released by UPSC is based on results of written exam held in December 2013 and interviews for personality test conducted in April-June 2014 under Civil Services Examination 2013. In the personality test, 3,003 candidates were shortlisted. The preliminary exam for the same was conducted in May 2013.

The Civil Services Examination is held in three phases – preliminary, mains and interview. Out of the 7,76,565 candidates who applied for the exam, as many as 3,23,949 candidates appeared in primary exam and 14,959 candidates qualified for appearance in mains exam.

According to the UPSC, the candidature of 40 recommended candidates is provisional and Result of one candidate has been withheld.

UPSC will make available the mark-sheets of the candidates by the end of June 2014.

Stay tuned to competition.careers360.com for more news and articles on Civil Services Exams