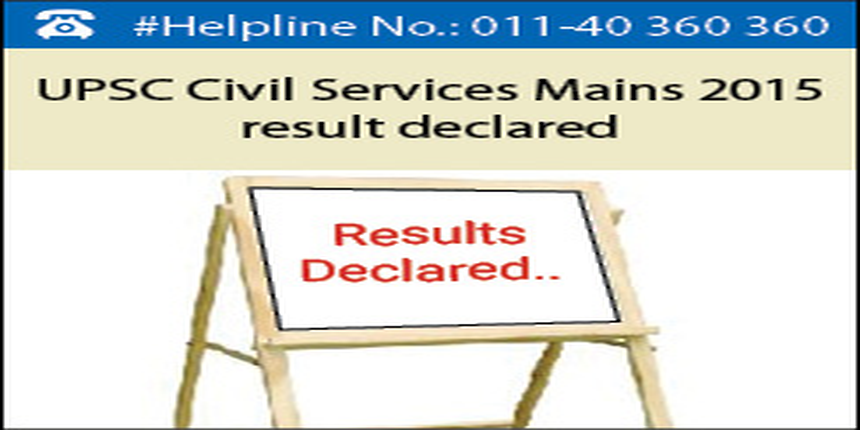 A total of 2797 candidates have been shortlisted for the interview round from around 17000 candidates, who appeared in the Civil Services Main exam. The UPSC informed in a release containing the list of the roll numbers of the shortlisted candidates.

Earlier, as many as 17000 candidates qualified for Mains out of 4.5 lakh candidates who appeared in the preliminary exam.

UPSC is conducting the selection process to fill in 1129 vacancies distributed among 25 different posts of Civil Services.

tell me all about upcs exam (IAS)

IAS is a civil service examination which is conducted by the Union Public Service Commission ( UPSC ) . There are three stages of this exam and if you clear all the three stages then you will be posted in best and highly posted civil service like:- IAS, IPS etc. This is one of the toughest exam of India. But this can be cracked with a proper strategy,  study . This is an offline mode exam and conducted once in a year. The age limit prescribed is 21 years to 32 years and other for reserved candidates.  This exam contains both MCQ and descriptive questions.

For more information you can go the link given below.

I hope you got your answer.

The eligibility criteria for UPSC is to have attained 21 years ago and passed graduation in any discipline from a recognized university. Even, final year students are eligible.

If you're asking this question in context of the fact that UPSC is more humanities oriented, then let me tell you from the past few years people from engineering, medical have made it to topper's list. So, what matters in this case is a good planning and strategy.Also  this is the very reason UPSC has made no discrimination, hence allowed people from every stream to apply for it. If you're interested in humanities stream, then go ahead with your choice but don't make it compulsory one in order to crack UPSC.
Read More
Answer
Answer Later
Report
9 Views

Is doing IT degree will be any help for IAS?

Eligibility Criteria for UPSC is to have attained 21 years age and passed graduation in any discipline from a recognized university. Even final year students are eligible to apply.

So, you can pursue graduation in any discipline to apply for UPSC Civil Service. Now, coming to year question UPSC is more humanities oriented, so people belonging to this stream are acquainted with the subject in a good way. Science students do not study these subjects at 10+2 level. But, having said that let me tell you in the past few years, if you look at the toppers of this exam, many people from engineering, medical too have qualified. Hence, this is the reason UPSC makes no discrimination and allow people from all discipline to appear for this.
Read More
Answer
Answer Later
Report
15 Views

For Indian society you can prefer samajik samasyayein by ram Ahuja.
These are the ideal books , you didn't mention about the subject?
Read More
Answer
Answer Later
Report