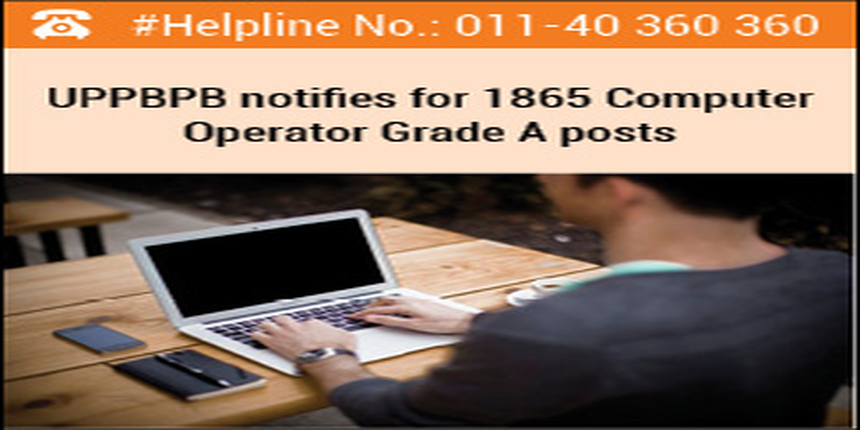 Candidates, interested in the posts of Computer Operator in Grade ‘A’ under UP Police Recruitment and Promotion Board, are required to apply through the prescribed format along with the relevant documents. They have to pay an application fee of Rs 400 for the same.

According to the eligibility criteria, the applicants must have passed Intermediate with Physics & Mathematics as compulsory subjects. The candidates applying for the posts must be aged between 18 and 28 years.

As per the selection procedure, once the scrutiny of applications is done, the candidates will be shortlisted on the basis of written exam or interview or skill test, whichever conducted by the Board.

The law enforcement agency in the State, the Uttar Pradesh Police is the largest police force in the world working under a single command. Headquartered in Allahabad, UP Police was formed in 1863 as the Office of the Inspector General of Police, UP under the Police Act of 1861.