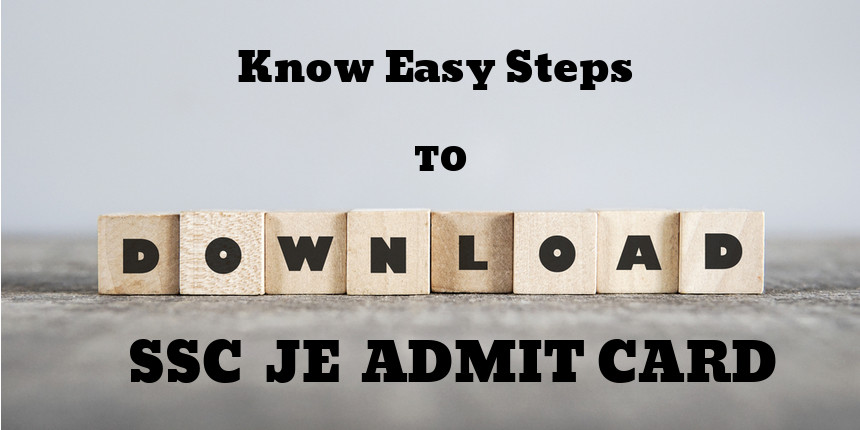 SSC JE exam for paper I is scheduled to be held from March 31 to April 2 in online mode. The test is conducted for two papers - paper I and II wherein paper I is a computer-based test while paper II is a written exam.

If I get police constable post through SSC. Then can I write SSC je exam, RRB je and others ?

You can give any exam even after getting any job. It is your choice after that you can choose your choice of your job.

There is no such a rule which says that you cant apply for another job after getting one.

see ssc je and rrb junior engineers exam is mostly recruit for diploma level engineers recruitment, syllabus is fully diploma engineering standard, has less number of numerical and most of the questions comes from theoretical concepts. however to achieve a good score you must study hard and must follow the previous years question paper to know about the difficulty level of exam.

however b.tech degree holders are also eligible to participate in ssc je and rrb je, but if you go though the past years recruitment maximum post is for diploma holders, also compare to other engineering stream like mechanical, electrical, civil engineering vacancy is large. however you must follow standard books for preparation of any competitive exam.

Is it easy to crack ssc je for a diploma (civil) student? or does this exams questions come from diploma level or upper level like b-tech level? so, what should I choose diploma or b-tech ?

As if we talk about cracking the ssc je exam so the syllabus consists of the three parts General Intelligence and reasoning,General Awareness,General Engineering. I will let you know about each content seperately.

So first one is General intelligence:-

Second one is General Awareness:-

Questions will be designed to test knowledge of current events and of such matters of everyday observations and experience in their scientific aspect as may be expected of any educated person. The test will also include questions relating to India and its neighbouring countries especially pertaining to History, Culture, Geography, Economic Scene, General Polity and Scientific Research, etc

Third one is General Engineering:-

So from the upper content i will suggest you for btech.Other than that it is based upon you.

I hope you got the answer!!

If you have any query then feel free to ask!!

see ssc junior engineer or rrb junior engineer questions difficulty levels is diploma standard, where there is less of numerical questions and most questions are from theoretical basis, so studying of three years diploma syllabus is enough to crack, also in ssc je or rrb je the primary qualification needed is diploma , where b.tech candidate may also appear in exam. as per the qualification and eligibility criteria, you do not need to pass b.tech to appear in the exam. however apart from technical questions, there is non technical questions also from current affairs, numerical aptitude, reasoning, which also need to good score to crack the part 1 of the exam.

hope you may understand.

Here is a list of some of the best coaching centres in Ranchi for SSC JE:

Here is a list of Best Coaching Centres of RRB JE in Ranchi:

I hope this information solves your query.